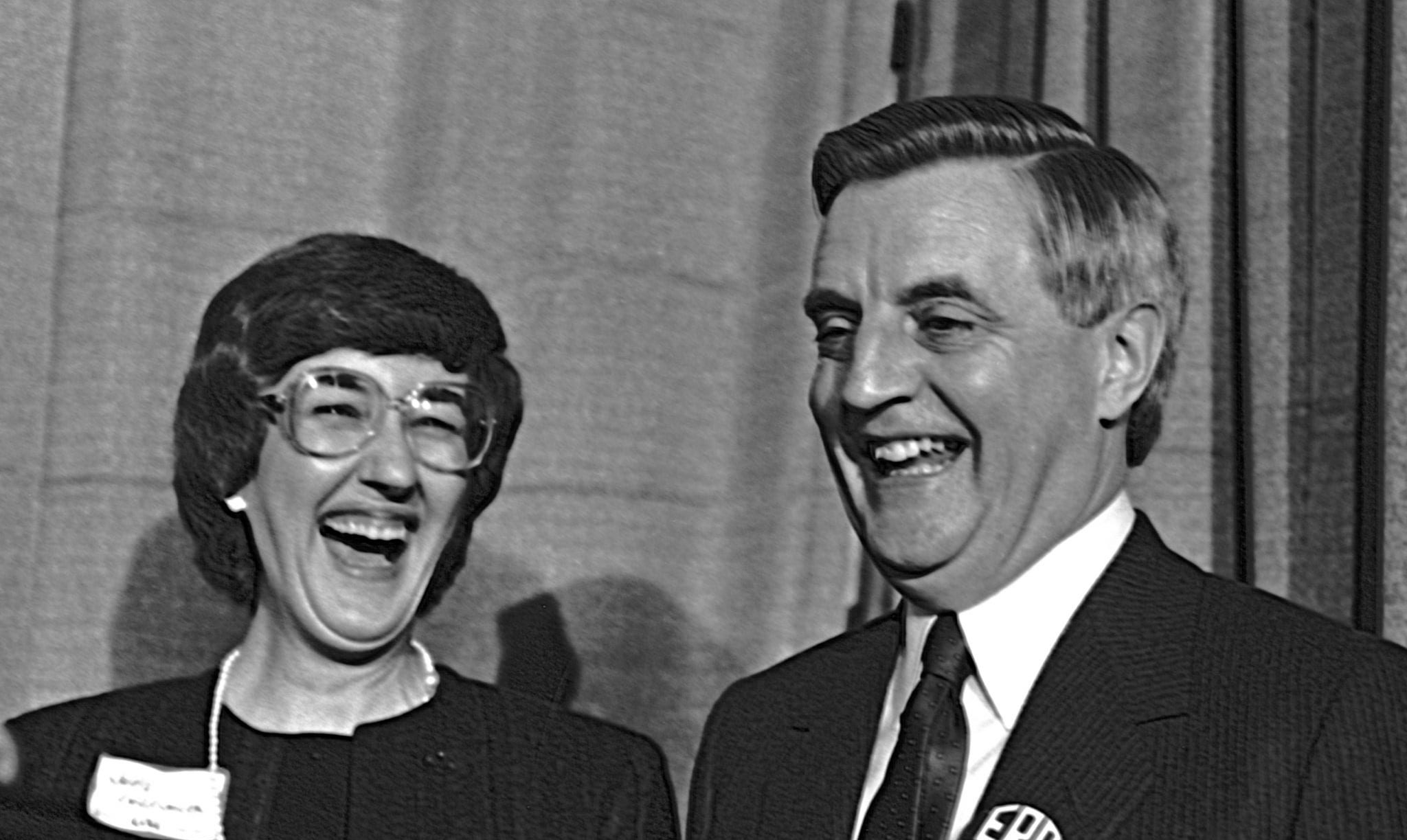 At a time of much national anxiety, we could all use a little levity. For our readers’ amusement, here’s a leap back 35 years ago, to R. Emmett Tyrrell’s legendary column “The Continuing Crisis.” This selection from Tyrrell’s column in the Jan. 1985 issue of The American Spectator includes much-deserved shots at a notable cast of characters: Walter Mondale, the Catholic bishops, Stalin’s daughter, feminists, a curious California congressional candidate who heard “voices,” Andrew Young, black millionaires headed to hell for supporting Reagan, a meowing Englishman, the Iranians, and a bizarre lost item from yesteryear about a rising Nevada politician named Harry Reid (you’ll find it hard to believe). All were exposed to Tyrrell’s pen and guffaws. It was funny then, and it’s even funnier now, when we all really need a good laugh. Enjoy. 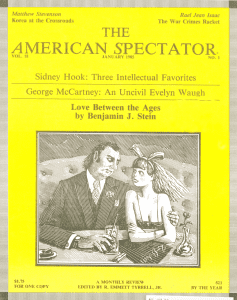 Paul Kengor
Follow Their Stories:
View More
Paul Kengor is professor of political science at Grove City College in Grove City, Pa., and senior academic fellow at the Center for Vision & Values. Dr. Kengor is author of over a dozen books, including A Pope and a President: John Paul II, Ronald Reagan, and the Extraordinary Untold Story of the 20th Century, The Politically Incorrect Guide to Communism, and Dupes: How America’s Adversaries Have Manipulated Progressives for a Century.
Loose Canons
National Security in the Time of Pandemic
by Jed Babbin
Another Perspective
Putin’s Stalinist Liberation
by Marek Jan Chodakiewicz
From the Archives
From the Spectator Archives: Jimmy Carter and the Ayatollah
by Paul Kengor
Hither and Yon
Iran’s Airborne Chernobyl
by Scott McKay
Arts and Letters
Fool’s Gold at the Golden Globes
by Lou Aguilar
Media Matters
Whataboutism and the Shifting Rhetoric of the Anti-War Left
by Adam Ellwanger
o
Sign Up to receive Our Latest Updates! Register