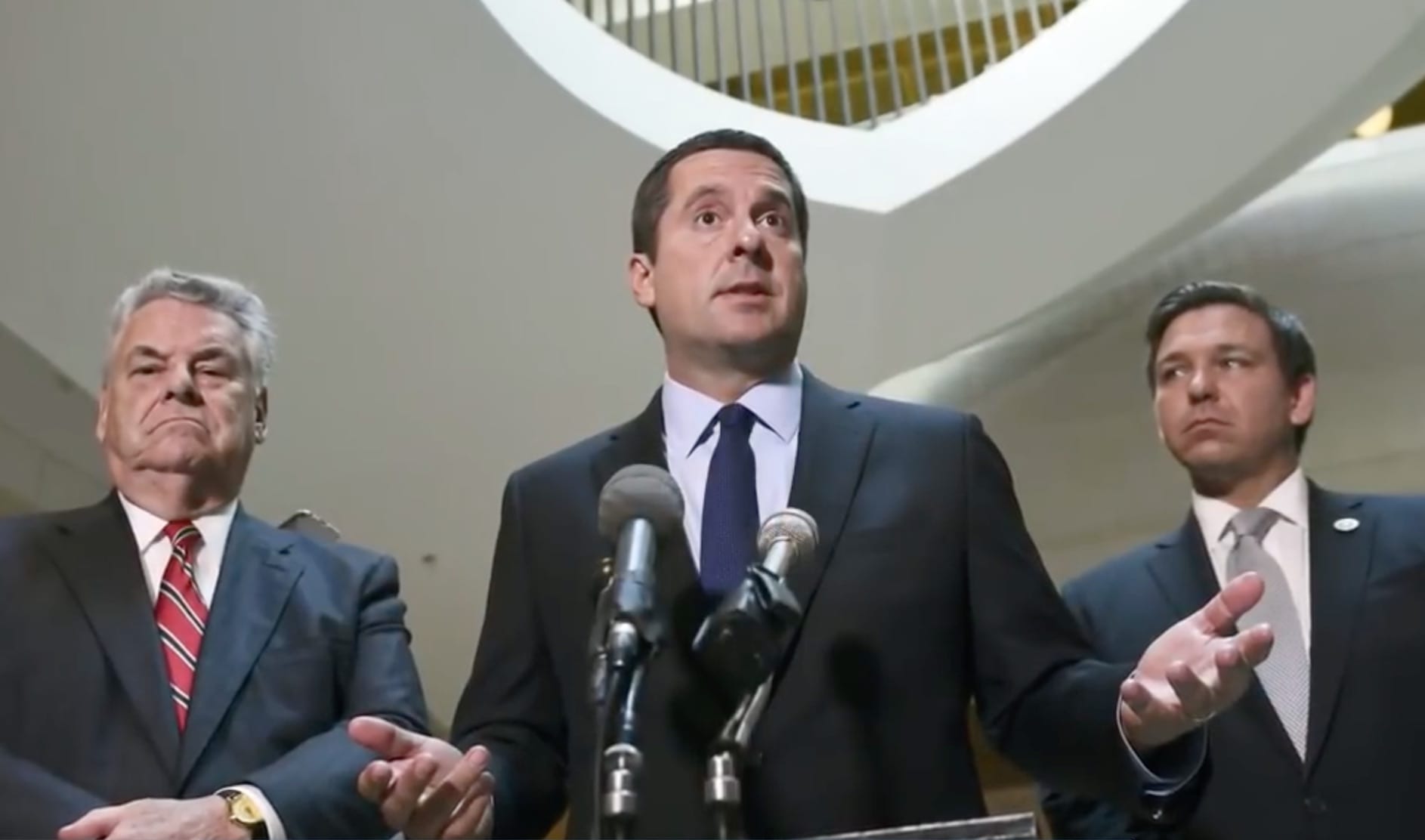 In anticipation of the release of the Nunes memo, the media’s servile and sanctimonious treatment of objecting government agencies grows more and more absurd. Suddenly, the admirers of Daniel Ellsberg are shills for suppressing government secrets. These are the same pundits who told everyone to go see The Post, Hollywood’s nostalgic tribute to the release of the Pentagon Papers. Have they changed their minds? Do they now think the real villains in the movie were the publishers and leakers of classified information? To hear the anchors and pundits today on MSNBC and CNN — hysterically itemizing all the potential damage to the functioning of the FBI and Justice Department the release of the Nunes memo might cause, quoting reverentially government officials censuring the memo — perhaps the real hero of the film should have been John Mitchell.

It all depends on whose ox is being gored, of course. If the release of government secrets hurts Republicans or some cherished conservative cause, journalists support it. If the release hurts Democrats or some cherished liberal cause, they oppose it. Daniel Ellsberg, good. Devin Nunes, bad. But unlike Ellsberg, Nunes has broken no laws. No matter; the media will treat him as a traitor while exonerating real ones.

In the New York Times, retrospectives on the Pentagon Papers will often appear, invariably portraying government officials as self-interested crooks or boobs and concluding with a windy quote or two from Hugo Black about the supreme importance of publication. Don’t let “national security” or other stated government interests trump the people’s right to know about government misdeeds — that’s the upshot of these pieces. But that’s the argument the Times is using against the Nunes memo. It quotes very piously and uncritically the “grave concerns” of FBI officials who argue “not to publish.”

The ostensible scourges of stonewalling government officials are acting in this case as apologists for them. Journalists who wax nostalgic about the Church Committee now say intelligence agencies can do no wrong. Academics who affect a “question everything” skepticism on campus appear on TV and argue for docility. Trump’s mere disagreement with this or that government assessment is treated as automatically irrational.

The long and the short of it is that the FBI and Justice Department have been caught out working with Hillary’s presidential campaign against Trump’s, and they don’t want the public to know it. Hillary bought a dossier and the FBI and Justice Department drew upon it to wiretap the Trump campaign. The media will spend the ensuing days telling its audience that such espionage is perfectly normal and that the real scandal is its exposure. The propaganda has already started up: Christopher Steele was a “trusted source,” the FBI had “other” reasons to spy on Carter Page, it had investigated him before, and so on.

Every story peddled in recent days — Rosenstein doesn’t want the memo released, Wray may quit over its release, this or that white-hatted ruling class darling “fears” compromised sources and methods — is in service to the memo’s suppression. But the media, sensing that it needs a plan B, has hit upon another line of attack: the memo proves nothing. It is “underwhelming,” say reporters, citing anonymous White House sources. The media’s favorite word these days is “reportedly”: the memo “reportedly” reveals too much, it “reportedly” reveals too little.

It is amusing to see all the old Nixon haters in the press sanitize and excuse political espionage and defend the FBI’s year-long attempt to hide it. ACLU-style liberals, usually so attentive to FISA warrant abuse, tell us to give the government the benefit of the doubt and stop whining about the civil liberties of goofball campaign volunteers.

Watergate started with a third-rate burglary; Obamagate originated in third-rate “intelligence.” Hillary partisans such as John Brennan and Loretta Lynch, assuming the worst about the Trump campaign, sent the FBI down the sorry trail that led to Steele and Hillary’s financed dossier. From this debacle came the next outrage, an outgoing administration spying on an incoming one, which in turn produced another one: an embittered campaign by the ruling class to hobble and impeach a president. To unravel it all would require a study as unsparing as the Pentagon Papers. But if it ever came, Ellsberg’s acolytes in the media would be the first to bury it.