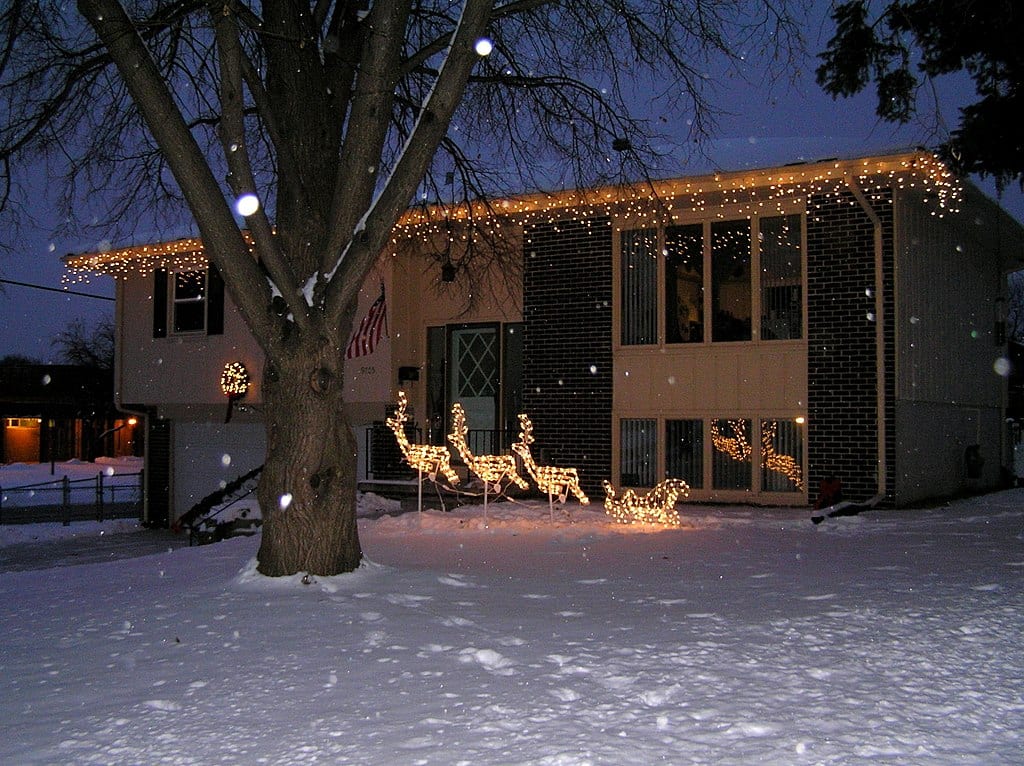 A new school principal went too far by allowing her own principles to go too far. In Elkhorn, Nebraska, Manchester Elementary School’s new headmaster, aiming to master hearts as well, sent a now nationally infamous memo to her school outlining do’s and don’ts for Christmas. Her biggest don’t: Christmas itself. And that “don’t” has landed her and the public school system in a pile of do-dos.

Writing “we have varied religious beliefs in our school, and it is our job to be inclusive,” she aimed at inclusivity by excluding Christmas. Although she stated “I feel uncomfortable that I have to get this specific, but for everyone’s comfort I will,” she got more specific than Santa’s naughty-or-nice list. Only on Principal Grinch’s list, just about everything was naughty.

Covering everything Christmas from head to mistletoe, she reeled off anything remotely connected — not just to Christianity, but the season itself. These included: Santas or Christmas items; Christmas trees; singing Christmas carols; playing Christmas music; Christmas-related books; making Christmas ornaments; candy canes (because its “J” shape stands for Jesus); red/green items, Christmas videos/movies and characters thereof; and (my personal favorite, because I was wholly unaware of their proselytizing threat) reindeer.

Among the things on the shorter Santa-sanitized list were: Gifts to students; snowmen, snow women, snow people (shockingly, transgender snow people were not listed); gingerbread people; sledding; polar bears and penguins (was PETA consulted on this?); scarves, hats, earmuffs, and boots (Imagine the celebrations these would trigger!); and snowflakes.

Of course, “snowflakes.” Because isn’t that what we are really talking about here: Those precious precocious souls who melt on contact with the great unenlightened rest of us? Every year at this time we encounter this seasonal stupidity, the apparent goal of which is to make everyone else as miserable as they are.

So they seek to ban Christmas… but only for the best of reasons, of course. For Principal Grinch it was vital that the school be “inclusive and culturally sensitive to all our students.” Except of course to those Christian ones, or any others who were just looking to have a little fun.

Interestingly enough, the banned items appear aimed only at Christianity. There do not appear to be any items pertaining to Hanukkah, though it is also celebrated in this season. And if there are no other items banned from other religions — or similar diktats were not sent out in their seasons — then it raises the question of exactly how diverse the school in fact is: Specifically, is it so much so that Christmas was really a threat? Or is the point really aimed at restricting just one religion?

But why let the obvious get in the way of a good banning. There were clear offenders that no self-respecting Snowflake could possibly tolerate in their intolerance. Certainly Santa — old, white, male — that’s “three strikes and you’re out” in any PC program. Jesus might presumably have had a chance — Jews are a minority after all — but the whole Son of God aspect gave him no chance. Elf on the Shelf undoubtedly offended vertically challenged others — or maybe elves are worshipped by some in the school, Druids perhaps?

Such are the casualties of the flights of infancy when the platoons of perpetually offended march into battle with normalcy. The rest of us, awash in Christmas spirit, ignore them (as apparently their parents did, depriving them of the attention they now crave), until they can be avoided no longer — like much re-gifted fruitcakes, which can sustain neither another passing nor safe consumption. The parents and teachers of Manchester Elementary reached that point, as have many who have heard of it.

Undoubtedly the principal had her defenders. After all, even Scrooge had Marley. Likely, the principal and her handful of defenders will cite the “principle of neutrality,” which has been used against the government showing favor to religion.

However, as the late Justice Scalia pointed out, the Constitution is not one of them. Freedom of religion does not mean freedom from religion. As Scalia wrote about the First Amendment: “It had never been thought that this prohibited, not merely the official favoring of one religious sect over another, but even a government policy of favoritism toward religious practice in general.” Nor is neutrality what these people desire, or what the Manchester Elementary edict aimed at in banning reindeer and red/green items.

The roots of this tree spring from the self-conjured right that these individuals cannot, under any circumstance, be offended by anything, and that each is prosecutor, judge, jury, and executioner. That no such right exists, has ever existed, or could ever exist is obvious. Equally so is the same people’s utter lack of concern over whom they offend — something in which they take a twisted pleasure in doing.

Taken to its illogically politically correct extreme, their approach negates the entire Bill of Rights — all under the gauzy guise of pretending to uphold it. In their PC world their minority rules our majority, just as aristocracies and monarchies once did, only to harsher effect. By creating ever more minorities and slicing them from the body politic, they hope to parcel the latter into feudal fiefdoms of the disgruntled and offended.

Ultimately, of course, the biggest idiocy lies in our listening and seeking to accommodate them. Like the Emperor who had no clothes, we politely and preposterously prostrate ourselves, pretending that what we see is not there, and that what we do not see is. Rather, instead, it is long past time we stood up to them and told them to put some clothes on. Quite possibly after parading in naked stupidity for so long, they have none. Perhaps they could ask for some for Christmas?