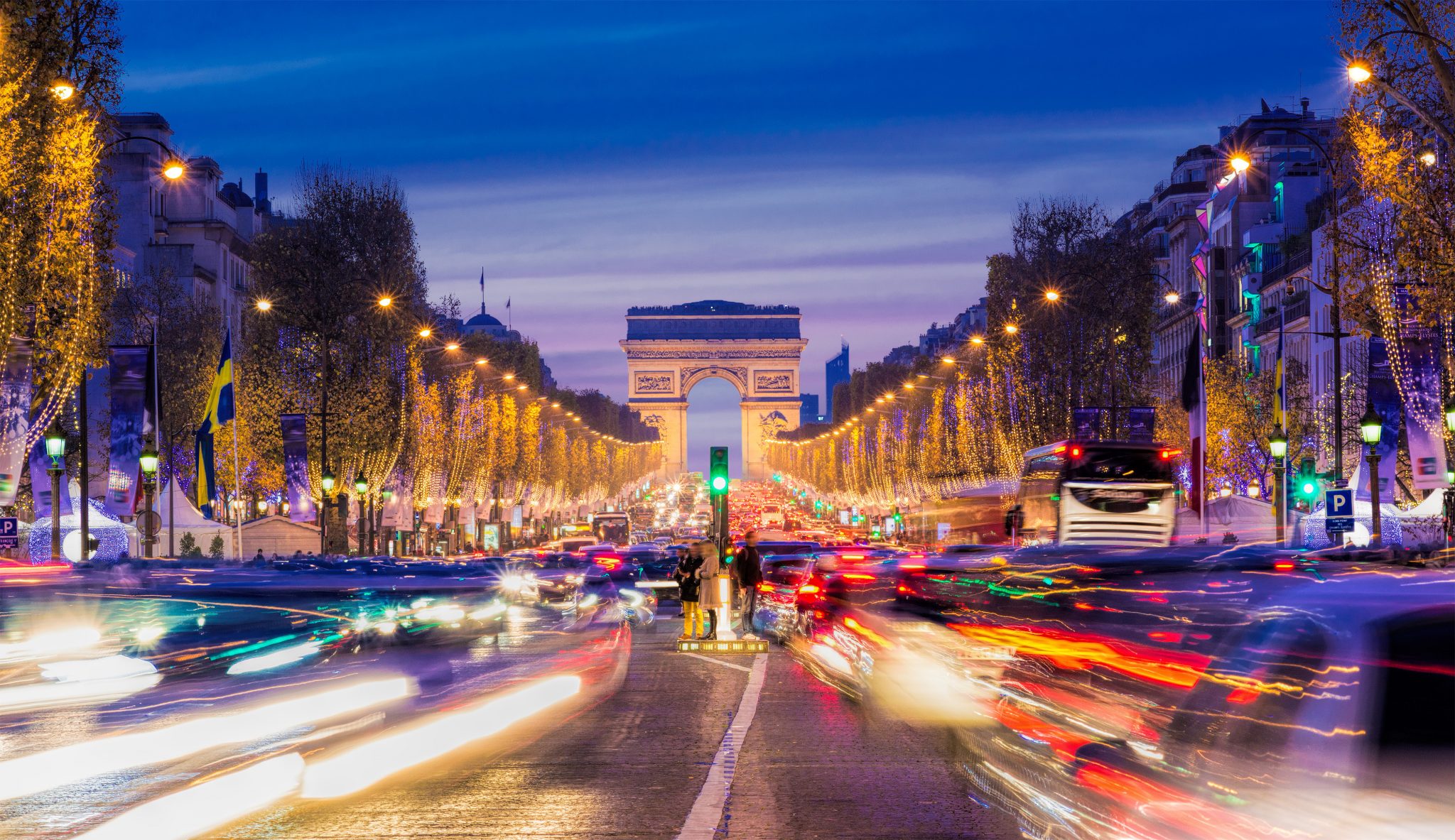 ’Tis indeed the season to be jolly, but don’t expect much merriment here. To be sure, the weeks of France’s ongoing strikes against the attempt by the government of President Emmanuel Macron to reform the country’s creaky retirement system is reason enough to be cranky. The resulting chaos in public transport at the height of the holiday shopping season has spoiled Christmas for millions of people from Calais to Cannes, costing the economy dearly and leaving the French footsore and irritable. But worse than that, there is the permanent pall of pessimism that shrouds France like a pestilential smog, keeping the Gaul in the street from enjoying life.

The land that gave birth to the expression joie de vivre, that prompted the German saying glücklich wie Gott in Frankreich (happy as God in France), that attracts some 80 million tourists a year, is in a perpetual funk. Despite being in a wealthy country with a high standard of living, excellent health care and life expectancy, and some of the world’s best food, drink, and scenery — not to mention the luxury of a 35-hour work week — its citizens are notoriously, chronically despondent. No bons vivants, they. Dissatisfied with the present, anxious about a future they fully expect to be worse, they fixate nostalgically on the past, particularly the glorious 17th century of Sun King Louis XIV and the Napoleonic era when France dominated Europe militarily, intellectually. and culturally. “They are afraid,” says political scientist Dominic Moïsi. “There is a moroseness, a real phenomenon of clinical depression.”

In fact, an American psychiatric study found that of 10 industrialized countries, the French were the most likely to have a “major depressive episode” during their lives. Obvious symptoms abound. They are Europe’s biggest consumers of anti-depressants and of alcohol, and they have the highest suicide rate in Europe except gloomy Finland. According to a “positive experience index” devised by Gallup, they are more melancholy — smiling and laughing less — than citizens in other countries, making them the world champions of pessimism.

Oddly, they often seem to derive a perverse pride in being dour, mocking ever-smiling Americans, who are always mouthing childish expressions like “Great!” and “Wonderful!” when life is so clearly nasty, brutish, and short. Besides, it’s a status thing, particularly among intellectuals, who scorn sanguine individuals as bumpkins. An optimistic outlook reveals the appalling ignorance of one who is unaware of how bad things are, says Frédéric Lenoir, author of Du Bonheur, un voyage philosophique (On Happiness: A Philosophical Journey). In the looking-glass world of French pessimism, bliss is ignorance.

A French intellectual named Jean-Marie Paul notes that despair, previously the exclusive privilege of the exalted thinking class, has now spread to all sections of society. “Even idiots have now stopped being happy,” he sniffs, unhappily. His glum compatriots tend to agree. Comparing themselves to their more cheerful transalpine Latin neighbors, they have a saying: Nous sommes des Italiens de mauvaise humeur (We French are like bad-tempered Italians). Only here would an eminent philosopher like Jean-Paul Sartre declare sourly that hell is other people. As many an American visitor has had the occasion to observe, the initial Gallic default response is a snappish non! The best you can hope for is a grudging Oui, mais …

It is a nation of sourpusses. Even a map of France gives telltale signs of negativism. Look closely and you will see the typical French face, facing left. The keen eye is Paris, the long, sharp Emmanuel Macron–like nose is Brittany, and below that is the bitter, downturned mouth of the Garonne River at Bordeaux. Or notice how the language itself contains so many descriptions of doleful moods, from malaise to ennui, anomie to désespoir, while a grumpy individual is graphically described as a pisse-vinaigre (no translation required). As writer Richard Brody puts it in a New Yorker piece, “It may be the language of happiness that eludes the French rather than the underlying condition.… The deep and passionate aestheticism of daily French life is therefore far more than just a visual, auditory, carnal, or culinary expression of joie de vivre; it’s a joie de penser, a joy of thinking that derives pleasure from its displeasure and derives constructive energy from its self-conscious sense of resistance.”

Well, I warned it was the New Yorker. But it’s true that French culture is shot through with skepticism, doubt, and cynicism. In his Historical Pessimism in the French Enlightenment, Professor Henry Vyverberg challenges the idea that 18th-century French thinkers all believed in the Rousseauistic basic goodness of man and the inevitability of progress; some, such as Julien de la Mettrie and the Marquis de Sade considered man to be hopelessly evil. Others, like Voltaire, considered that desolation is a sublime state of mind. He pitilessly mocked optimism, calling it in Candide “the madness of insisting that all is well when we are miserable.” Later came Chateaubriand, whose 1802 novel René invented the archetype of the sorrowful, disenchanted French youth — poor thing, he’d endured growing up in his father’s castle. This Romantic miserabilism was furthered by the national literary monument Victor Hugo, who proclaimed, “Melancholy is the happiness of being sad.” More recently, Françoise Sagan’s famous 1954 novel Bonjour Tristesse related the mournful musings of its 17-year-old heroine: “A strange melancholy pervades me to which I hesitate to give the grave and beautiful name of sorrow.”

But even paranoids have enemies, and today’s depressed French do have a few real-world reasons for having the blues.

One of them is the visible decline of France over the last century and the concomitant changes that go against the French grain. “There are two historical reasons for French pessimism,” the conservative philosopher Luc Ferry told me in an email exchange. “First, the France that was still a great power in the 19th century has become a medium-rank country, even a tiny one compared with India and China. Second, and more important, globalization is by its very nature based on free-market principles, and as such it is completely contrary to France’s tradition of a strong centralized State.”

Historical geopolitics is certainly part of the problem, including the searing memory, still not fully digested, of the country’s 20th-century capitulation and collaboration in the face of the Nazi onslaught. Researchers who have pondered Gallic malaise have found other causes as well. Claudia Senik, an economist at the Paris School of Economics, calls it the French Unhappiness Paradox. “French unhappiness isn’t linked to objective circumstances,” she writes in her 2014 book, L’Economie du Bonheur (The Economics of Happiness), “but rather to the values, beliefs, and perception of reality that the French have.” The result of this bleak outlook: “The fact of living in France reduces by 20 percent the probability of saying they are very happy.” They even carry their misery with them when they emigrate to another country, being less happy than other emigrants to the same place. Conversely, immigrants to France are initially happier than the locals, but become progressively less happy the longer they stay in the country.

Another contributing factor is the French school system, with its ruthlessly competitive nature and its humiliating elimination of all but the brightest. A 2014 OECD Pisa ranking showed that French students tend to live in a panic of getting bad grades, knowing that it would likely determine their social and professional status — it said that some 75 percent of them suffer the shakes as grades are handed out. Those left by the wayside, the majority, have lower confidence and self-esteem for the rest of their lives.

But there is yet hope that the French will someday look on the bright side. Recent books like Frédéric Lenoir’s, exploring the alien idea that happiness is indeed possible, are a good sign, as is another entitled 50+1 bonnes raisons de choisir l’optimisme (50+1 Good Reasons to Choose Optimism). Optimism lectures are to be heard occasionally; some are joining optimism clubs. President Macron is the patron of the new Paris-based Global Positive Forum, which bravely proclaims, “Tomorrow’s world can be better than today’s.” A recent television documentary showed the adventures of a young woman attempting to adopt an optimistic outlook. She decided it would take time and effort.

So, my chapfallen French friends, cheer up. The situation is disastrous but not serious. Take a bold leap of faith in the future, and as you trudge kilometers to work during this interminable public transport strike, try walking on the sunny side. Here’s wishing you a Merrier Christmas and a Happier New Year!