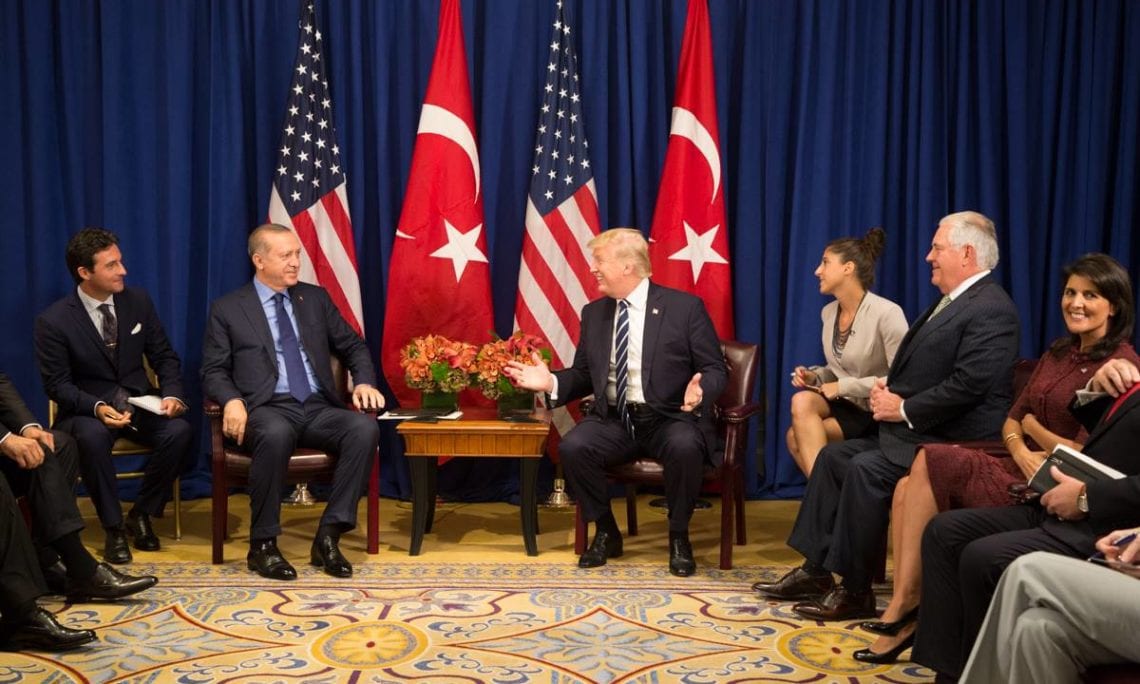 In a shocking and welcome move, the government of Turkey has decided to release pastor Andrew Brunson from house arrest, a move that President Trump has been pushing for months. With the release of Brunson, there is a possibility for the United States to improve relations with wayward “ally” Recep Erdogan.

Brunson was arrested in October of 2016 for alleged ties with Gulenists and the Kurdistan Worker’s Party. Gulenists follow the Pennsylvania-based exiled Turkish cleric, Fethullah Gulen,  who has been critical of Erdogan’s increasingly authoritarian regime. The Kurdistan Worker’s Party is the constant subject of Erdogan’s rage as he attempts to halt all vestiges of Kurdish nationalism.

The arrest came shortly after the failed 2016 military coup against Erdogan’s regime. The roots of that coup remain unclear to this day. Erdogan’s government claims that it was Gulen who instigated the coup. A comprehensive report indicates that the coup may have been an Erdogan-backed false flag to crack down on democracy supporters.

And that is exactly what Erdogan did, after the coup, as over 50,000 people were arrested including military officials, police officers, teachers, and religious leaders. Among those 50,000 people were 20 Americans, according to the BBC; one of those Americans was pastor Andrew Brunson.

Brunson is a pretty unassuming figure. He’s lived in Turkey for over two decades with his wife and three children. He pastored a small church in Izmir. Shortly after the coup, Brunson and his wife were rounded up for supposed collusion with the “traitors”; his wife was released a week later. Since then, Brunson has been in house arrest and embroiled in a legal battle against Erdogan’s authoritarian government. Brunson has been accused of working with the CIA, PKK, Gulen, and even Mormons to undermine Erdogan’s Islamist government. Brunson’s defense witnesses were all dismissed and the prosecution’s witnesses, appearing on distorted videos in a series of sham hearings, were all anonymous. After the last of these hearings in July, a new hearing was scheduled for today. The positive result is likely a result of increased pressure from the U.S. Government and particularly President Trump to secure Brunson’s release.

The obviously political move appears to have been part of a play by Erdogan to get Gulen back. In September of last year, Erdogan offered to “swap” Brunson for Gulen. This wouldn’t be an ordinary prisoner swap. Gulen isn’t a prisoner in the U.S and he certainly wouldn’t be welcomed back with flowers and chocolates. If Gulen were to return to Turkey, it’s likely he would disappear faster than you can say “Ataturk.”

Trump and the State Department didn’t cave to the strong man’s demands, and that hardiness is likely why Brunson is a free man today. Trump, the stalwart tweeter,  called out Turkey in April for imprisoning Brunson:

Pastor Andrew Brunson, a fine gentleman and Christian leader in the United States, is on trial and being persecuted in Turkey for no reason. They call him a Spy, but I am more a Spy than he is. Hopefully he will be allowed to come home to his beautiful family where he belongs!

By July, Trump was sick of Erdogan’s games and in a tweet said that he would heavily sanction Turkey if Brunson was not released.

The United States will impose large sanctions on Turkey for their long time detainment of Pastor Andrew Brunson, a great Christian, family man and wonderful human being. He is suffering greatly. This innocent man of faith should be released immediately!

By early August the punishing tariffs against Turkey went into effect:

I have just authorized a doubling of Tariffs on Steel and Aluminum with respect to Turkey as their currency, the Turkish Lira, slides rapidly downward against our very strong Dollar! Aluminum will now be 20% and Steel 50%. Our relations with Turkey are not good at this time!

As a result of these poor relations and the tariffs, Turkey’s economy has been on a steep decline.

With the release of Brunson today, America has a reason to celebrate, but troubles with Turkey are not over. The NATO ally continues to abuse human rights, working with America’s enemies. The case of Brunson was one part of a larger pattern of detestable behavior by Erdogan’s regime. While it is a good thing that Turkey released Brunson, they are not off the hook for this abuse or any other. The United States will soon need to make a decision on the alliance with Erdogan’s Turkey, which has consistently behaved as a foe rather than a friend.