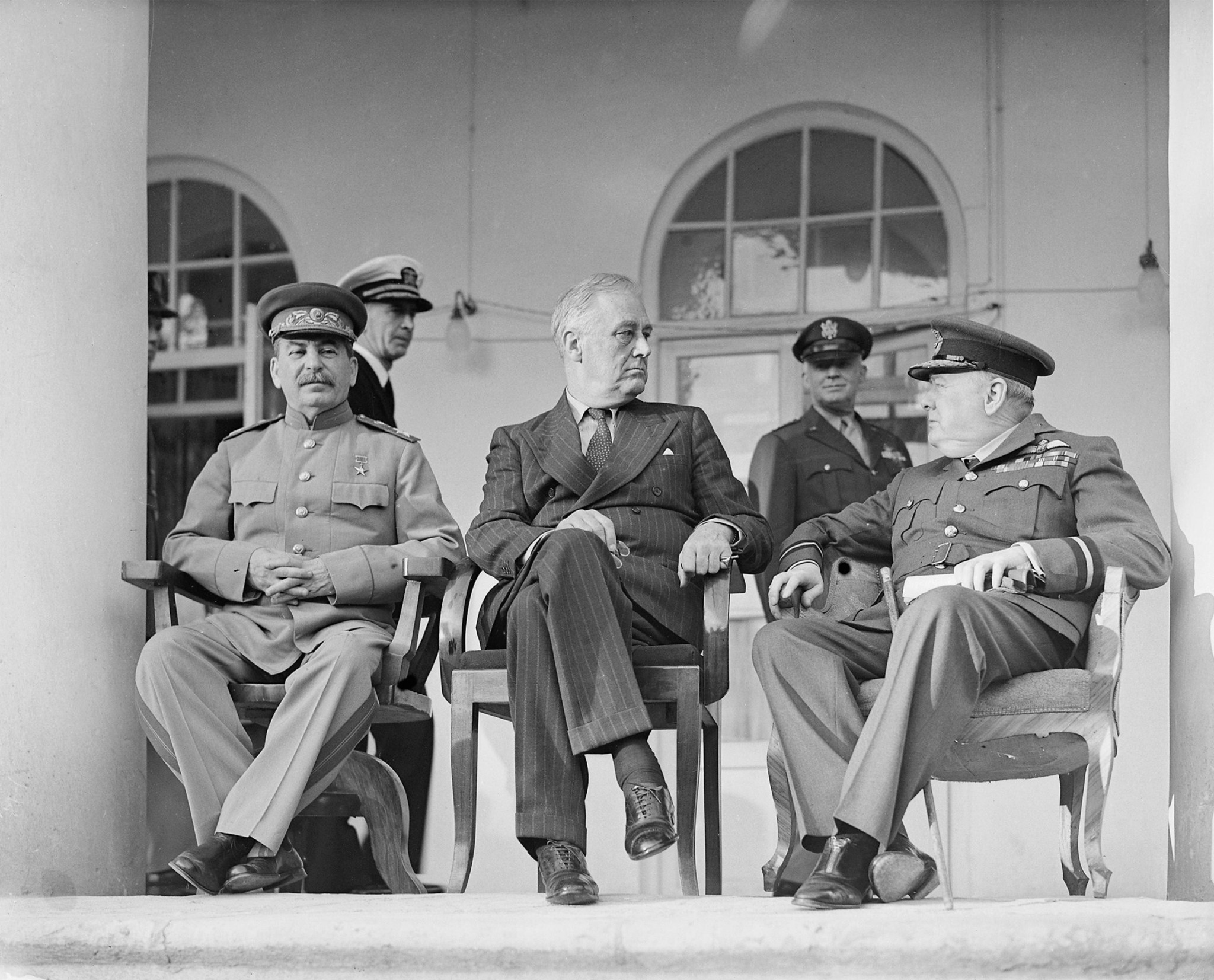 Recently in The American Spectator, I wrote a somewhat controversial article claiming that Franklin Roosevelt was a failure as president. One of the areas of failure, I argued, was FDR’s decision-making during the Second World War, which resulted in the replacement of the Nazi threat with an even greater Soviet threat. Some critics have retorted, What else could FDR have done? The postwar world was largely shaped by where the Anglo-American and Soviet armies ended up when the fighting stopped. But consider the case of William Bullitt’s warning to the president.

On January 29, 1943, William Bullitt, then a close adviser to President Franklin Roosevelt, wrote a memo to the president that Bullitt characterized as “as serious a document as any I have ever sent you.” In that memo (which he followed up with related memos and letters in June and August of that year), Bullitt attempted to persuade FDR to approach U.S. relations with Moscow more realistically and to wage World War II with a view towards the postwar balance of power.

Bullitt had been FDR’s first ambassador to the Soviet Union after the president extended formal recognition to the Bolshevik regime in 1933. Bullitt had promoted the idea of establishing better relations with the USSR and believed that the two nations’ shared interest in halting Japanese expansion in Manchuria would lead to smooth diplomatic relations. He soon learned, however, that Stalin’s Soviet Union was no ordinary nation. The “terror,” he wrote to Washington, “always present, has risen to such a great pitch that the least of the Muscovites, as well as the greatest, is in fear.” In another communication with Washington, Bullitt noted that the “arrest and exiling of innocent human beings in all quarters of the Soviet Union continues apace.”

Bullitt left the Soviet Union in 1936 and subsequently became ambassador to France, and in that post he warned Washington that Europe was headed towards war. In a remarkably prescient June 13, 1938, letter to Roosevelt, Bullitt wrote that he felt “like a participant in the last days of Pompeii” and suggested that Poland might be attacked by both Germany and Russia. In fact, it was Bullitt who during the early morning hours of September 1, 1939, awakened FDR with the news that Germany had invaded Poland.

Bullitt urged the president to “resist a predatory Soviet State just as fiercely as we are now resisting a predatory Nazi State.”

Bullitt was in Paris in May 1940 when Germany invaded France. He was soon ordered to leave Paris and remain in contact with French officials. In July 1940, he wrote a scathing portrayal of France’s ruling class. “The impression which emerges,” he wrote, “is the extraordinary one that the French leaders desire to cut loose from all that France has represented during the past two generations, that their physical and moral defeat has been so absolute that they have accepted completely for France the fate of becoming a province of Nazi Germany.” He then observed that “the simple people of the country are as fine as they have ever been. The upper classes have failed completely.”

FDR later appointed Bullitt as a special assistant to the Secretary of the Navy, and in November 1942 the president sought Bullitt’s recommendations on preparations for administering territories that U.S. forces would occupy during the war. Bullitt used this opportunity to write his January 1943 memo.

Bullitt in that remarkable letter told FDR that it was “wishful thinking” to view Stalin as a postwar partner. Such thinking, he explained, ignored the influence of Russian nationalism and Soviet communism. The Soviet Union, he bluntly told the president, was a “totalitarian dictatorship” that seeks to expand the territory under communist rule. U.S. policy, Bullitt wrote, should make it clear to Stalin that “we will not permit our war to prevent Nazi domination of Europe to be turned into a war to establish Soviet domination of Europe.” He urged the president to “resist a predatory Soviet State just as fiercely as we are now resisting a predatory Nazi State.”

Bullitt compared Soviet expansion to the “flow of [a] Red amoeba” and expressed his belief that it could only be stopped by strengthening European governments and the use of “armed strength.” Written agreements with the USSR, Bullitt wrote, were worthless because “the Soviet Union has never been impeded by any written agreement.” Most importantly, Bullitt suggested that the president wage war to affect the postwar structure of power, which meant attacking the Axis “not by way of France and Italy but by way of Salonika and Constantinople.” “The strategic plan that promises political success,” Bullitt wrote, “is to be preferred to the strategic plan that promises political disaster.”

George Kennan later wrote that Bullitt’s memo to the president “had no counterpart … as a warning of that date to the American President of the effective division of Europe which would ensue if the war continued to be pursued on the basis of the concepts then prevailing.” And in his follow-up memos and letters to FDR, Bullitt reiterated the need to establish Allied forces “in the Balkans and eastern and central Europe” to act as a bar “to the Red Army of the way into Europe.”

Robert Nisbet in his book about FDR’s “failed courtship” of Stalin during the Second World War called Bullitt’s memos “a matchless treatise on Soviet geopolitics, diplomatic and military history, and highly probable annexations of eastern European countries after the war.” David Fromkin praised Bullitt as “the first within the government to focus on the Russian threat” during the war.

But it was all to no avail. FDR thought he could use his personal charm and political skills to persuade Stalin to join the democracies in establishing a just and stable postwar world. It was a view based on personal naïveté, ignorance about communism, and advice FDR received from the likes of Harry Hopkins, Henry Wallace, Sumner Welles, and other Soviet accommodationists within the administration.

Those who argue that FDR’s options were limited by the positioning of the armies at the end of the fighting are correct. But had the president listened to Bullitt’s advice and waged war so that the Anglo-American armies met their Soviet allies, in Churchill’s words “as far to the east as possible,” the Soviet postwar threat would have been lessened and many of the peoples of central and Eastern Europe and the Balkans might have been spared the misery of 45 years of communist rule.

Bullitt later left the administration, unsuccessfully tried to enlist in the U.S. Army, and landed in southern France with Free French forces in August 1944, earning the Croix de Guerre and the Legion of Honor. After the war, Bullitt joined the Republican Party, criticized President Truman’s China policy (he thought Truman was not doing enough to prevent a communist victory in the Chinese Civil War and called for more aid to Nationalist forces), and wrote The Great Globe Itself (1946), a book highly critical of FDR’s wartime diplomacy with the Soviet Union. In attempting to “appease the unappeasable,” Bullitt wrote, “few errors more disastrous have ever been made by a President of the United States.”