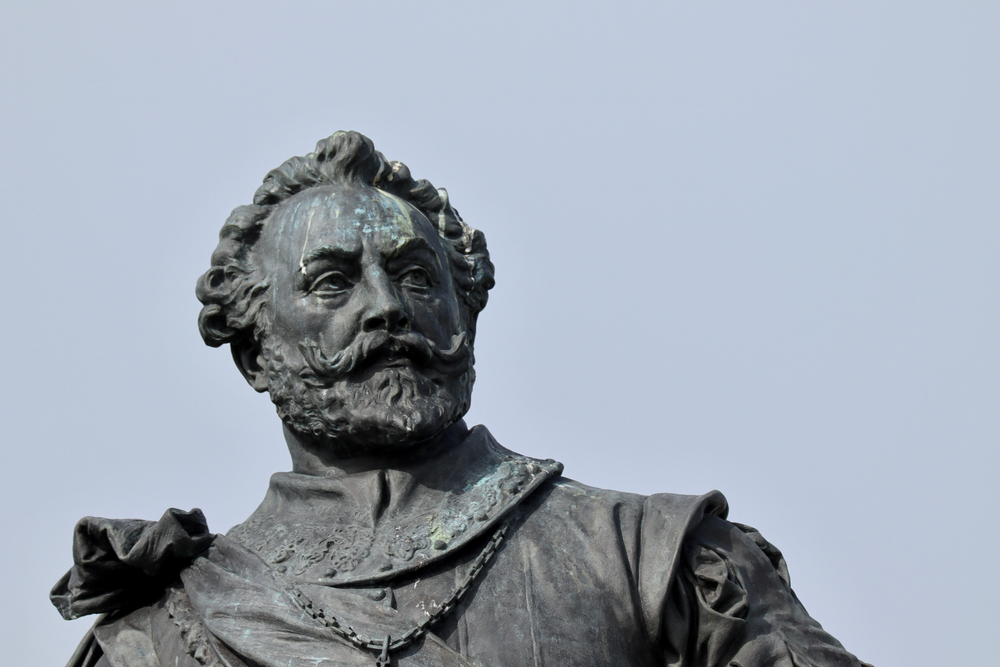 In Search of a Kingdom: Francis Drake, Elizabeth I, and the Perilous Birth of the British Empire

Francis Drake, son of an English clergyman of modest means, was a pirate, an explorer, a navigator, a world traveler to beat all world travelers, a vice admiral of the small but fast British Fleet that beat the large, slow Spanish Armada in 1588, thereby beginning a power realignment between England and Spain. But mostly he was a pirate. On the basis of the evidence presented by Laurence Bergreen’s In Search of a Kingdom, this is what Drake was best at and what he most liked doing.

Of course, if the pirate plunders for the winning side in war, or if, like Drake, he has the backing of Elizabeth I, the polite term is “privateer.” This distinction was probably lost on Spanish sailors and Spanish colonists in South and Central America, gaudy amounts of whose gold and silver Drake liberated along the way to becoming the first sea captain to circumnavigate the Earth. (One of Ferdinand Magellan’s five ships that set out to circle the globe in 1512 made the full trip. Magellan himself was killed in the Philippines in a fight with a local chieftain.) Drake’s booty went for the benefit of Elizabeth and England, both heavily in debt, and, to be sure, Drake himself. Absent this early version of wealth redistribution — Spanish wealth to English wealth — England may well have gone bankrupt, and Elizabeth may have been forced into a marriage with a flake of a French Duke half her age.

Bergreen’s brief for Drake as a pivotal historical figure who saved England financially and set the island nation on the way from a C-list country to a world power is probably stretched a bit. Spain was a still a powerful force for long after the English fleet and bad weather scattered the Armada, though its decline certainly set in around or not long after that time. And the British Empire on which the sun never set wasn’t a going concern until the 18th century. But Drake was certainly an important figure in English history. And his trip around the globe, which Bergreen describes in great and fascinating detail, was truly a marvel.

Drake’s expedition, its purpose not known by most of the 164 men manning the five ships that left Plymouth on November 15, 1577, returned to Plymouth September 26, 1580, with one ship, tons of treasure, 59 men, and enough stories for a thousand sailors to dine out on for the rest of their lives.

In the almost three years it took Drake and company to circle the globe, while taking time to steal Spanish gold at every opportunity, Drake and his sailors had to contend with innumerable strong storms and faced the threat of death from drowning, scurvy, hypothermia, dehydration, starvation, and dysentery. Crew members were also lost to attacks from unfriendly locals — referred to by Bergreen by the politically correct but clunky term “indigenous peoples” — who killed many of Drake’s crewmen, and even added some of these unfortunates to the dinner menu, cannibalism being a custom of some of the indigenous peoples Drake encountered. Many other locals were friendly and welcomed Drake and his company, supplying them with food and water and a place to rest for a bit before they left for God knows where.

If these dangers weren’t enough, Drake had to make the trip without charts, as it wasn’t even known at the time that the Pacific was a separate ocean. Many still believed that if a ship sailed far enough to the west it would fall off the face of the Earth. Throw in an attempted mutiny and the execution of its leader, and, taken all around, it was one hell of a trip.

The other main player in Bergreen’s chronicle is Elizabeth I, who is as complex a character as Drake. Elizabethan England was a police state but not a stable one. There was the uneasy peace between Catholics and Protestants, which festered until and even after the Catholic Mary, aka Queen of Scots, was executed on the order of her cousin, Elizabeth. There were numerous assassination attempts on Elizabeth, and then there were Spain, France, and threats from abroad to deal with. All of this with constant money worries. No wonder the queen was Machiavellian, devious, erratic, suspicious, and didn’t always take the best advice. Hard to call her paranoid as she had real enemies with evil intent.

On the gossip level, Bergreen suggests that the “virgin queen” very likely wasn’t, even though she only bathed about once a week (which put her ahead of most of her subjects) and had significant dental problems. Robert Dudley, Earl of Leicester, was thought to be one of the queen’s after-hours friends. I should imagine being a suitor to Elizabeth I required both confidence and courage. She had the power to and often did send people to the Tower of London or worse. Talk about performance anxiety.

Elizabeth was vain. She wore heavy white, lead-based cosmetics to cover smallpox scars and the evidence of aging. She also used mercury-based lipstick. Poisoning from these heavy metals probably led to her death at 69 in 1603.

Some historians might not completely endorse Bergreen’s conclusions about the overall historical importance of Drake’s actions or his view of England’s trajectory as an empire. But the account of Drake’s remarkable trip and Bergreen’s parsing of this complicated character will repay the time of readers who choose to take this 400-page trip.