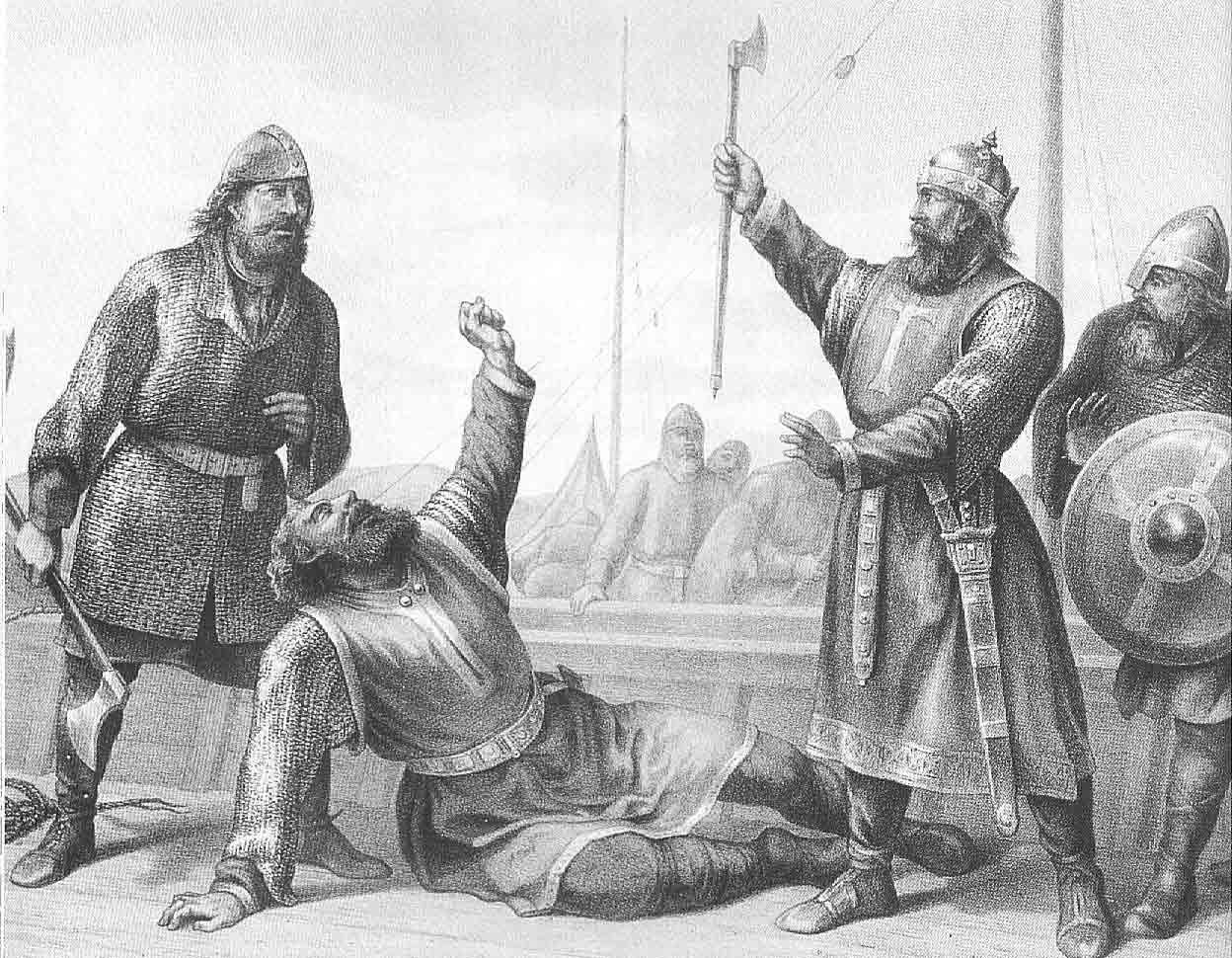 If you’re reading this article, it’s due to the forbearance of Wlady Pleszczynski, who could easily have rejected it as plain shilling for a book of my own. But I’m the translator, not the author, of Viking Legacy, by Dr. Torgrim Titlestad. My subject is how I came to work on this project, and why it might be interesting to American conservatives.

I snagged my imagination on the Viking Age as a boy, and started reading everything on the subject I could find. Even then I was looking for a theme for a novel I had it in mind to write someday. In time I found it, in Heimskringla, the sagas of the kings of Norway (the most readable history book written in the Middle Ages, by the way). I grew intrigued by a secondary figure in that narrative, a powerful chieftain in southwestern Norway — Erling Skjalgsson of Sola (near present-day Stavanger), who flourished around 1000 AD. Erling appeals right off to the modern reader because we’re told he carried on a sort of self-help program for his slaves. They were all able to earn their freedom in three years at the most, the book says.

But as I studied the story, a larger theme emerged. Erling, I realized, represented a native democratic political tradition. This tradition came under attack by his mortal enemy, King Olav Haraldsson — who was fated to become Norway’s national martyr and saint. For this reason, Erling has occupied an uneasy place in Norwegian history. Some historians even labeled him a traitor.

But as I saw it, Erling’s struggle was not unlike the states’ rights disputes in the United States today. And I couldn’t help noticing that King Olav practiced religious compulsion — not stinting at torture and murder — while Erling, who was also a Christian, left no record of any such outrages.

In time I was delighted to discover a Norwegian historian whose thinking ran very much along the same lines — Professor Torgrim Titlestad, now retired, but then on the faculty of the University of Stavanger. A local historian in Stavanger put me in contact with him, which led eventually to his hiring me to translate his Norwegian book, Norge i Vikingtid (Norway in the Viking Age). The product of our collaboration is now available, through Titlestad’s own publishing house in Norway and through Amazon.com in the U.S.

Torgrim Titlestad started his career as a historian of Communism. He was one of the first western scholars to gain access to Stalin’s archives in Moscow, in the 1990s, and he documented Russian meddling in Norwegian politics before and after World War II. He found, however, that there was little interest in that subject in Norway, and so he turned his attention to other subjects, most notably the Viking Age.

Titlestad has played godfather to a new school of literary scholarship — “constructive saga criticism.” This movement is a reaction against the dominant scholarly approach of the 20th century, which argued that the Icelandic sagas were useless as historical sources, because they were written centuries after the events they describe. Twentieth century criticism took a “scientific” view that assumed that, because modern people have bad memories and confuse stories over time, everyone’s memory has always been equally unreliable.

Titlestad defends the sagas through citing recent scholarship by sociologists and folklorists who report that “pre-literate” cultures understand the problem of memory and utilize various mnemonic techniques to preserve their stories in substantial form.

Beyond literary concerns, Titlestad’s fight with tyranny has persisted in his Viking scholarship. Marxist scholars believe, of course, that history is all just economics — which means in practice that history must always be dull. Evidence for this attitude can be found at the beginning of most any general interest book on the Viking Age. It’s likely to repeat, even today, the Marxist theory that the Norse raids were motivated by a population explosion in Scandinavia. Titlestad refutes that theory, pointing out the inconvenient fact that there’s no archaeological evidence whatever for it.

Titlestad’s view of the Viking Age is the furthest thing from dull. Instead of the relentless historical forces beloved by the Marxists, he gives us saga history — a drama of powerful personalities in a fight to the death over issues that matter, that could go either way. The result is a book of epic sweep (I suggested at one point, not entirely facetiously, that we call the English version A Game of Vikings) and (we hope) universal relevance. In the epic of the Viking Age we can find people not entirely foreign to us, struggling with issues we can understand. The war Erling fought still goes on. We inherited it from him, and from others like him.

Viking Legacy is, I think, a groundbreaking book. If it finds its audience it will be controversial.

Lars Walker is a freelance Norwegian translator, and the author of several fantasy novels, all with Norse themes. The most recent is Death’s Doors. He lives in Minneapolis, and works as librarian for the schools of the Association of Free Lutheran Congregations.