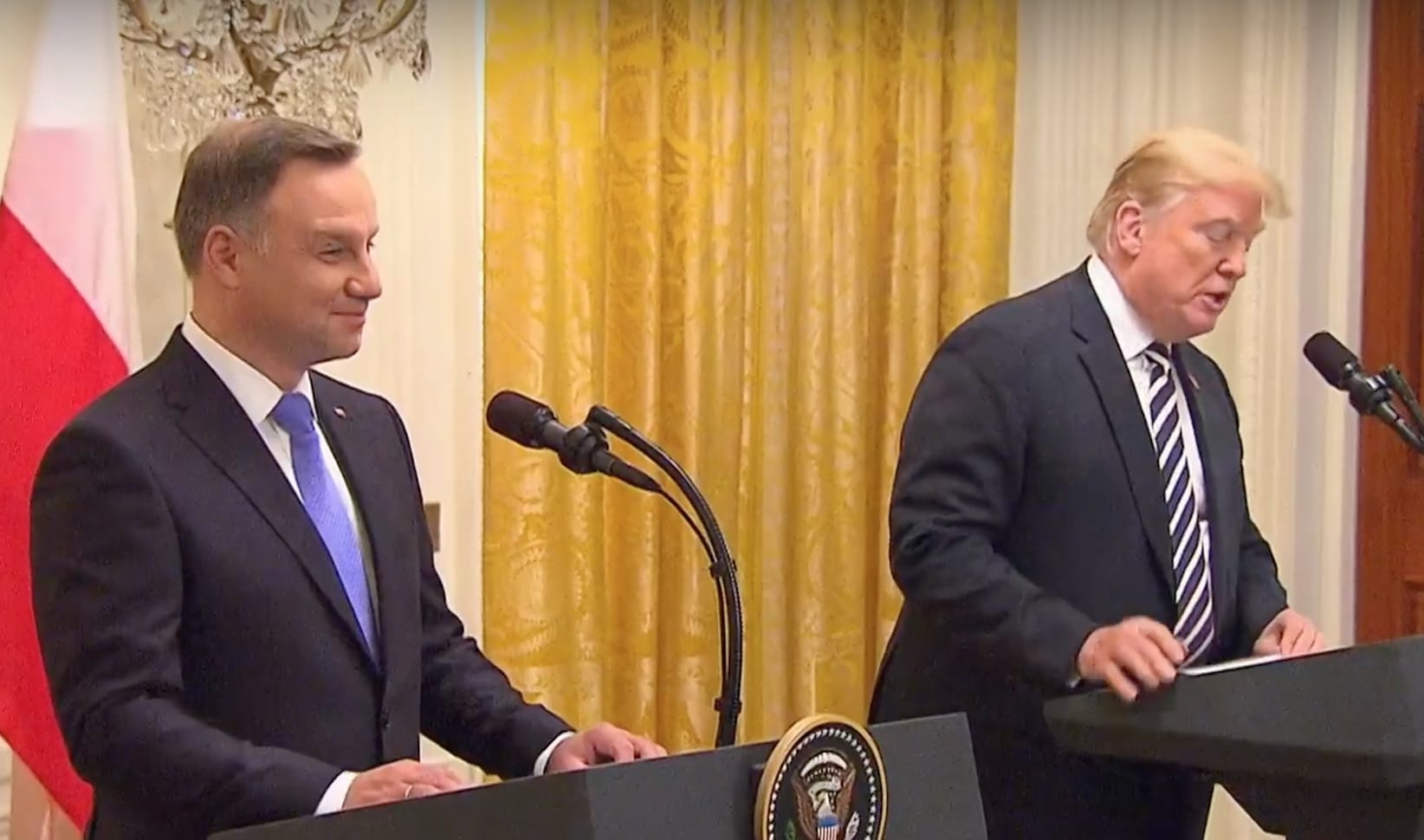 At a joint press conference with President Trump on September 18, Polish President Andrej Duda called for a permanent U.S. military base on Polish soil. He offered $2 billion to help pay for it and said that it could be named “Fort Trump.”

Do we really want a “Fort Trump” in Poland? Well, yes and no.

Yes, we should establish a permanent base in Poland. No, it shouldn’t be named for the president.

As much as the president’s ego is susceptible to any flattery from any source, naming the base “Fort Trump” would give the impression that the base would last only as long as the Trump presidency. The next Democratic president — and eventually there will be one — would probably order it closed.

Far better for us to remember and honor one of the Polish heroes of the American Revolution such as Tadeusz Kosciuszko or Casimir Pulaski.

Kosciuszko, then a colonel in the Continental Army, planned the defensive strategy that led to the British defeat at the Battle of Saratoga in 1777. Many believe that battle turned the tide of war against the British. Pulaski, already famous for his resistance to Russian and German interference in Poland, was recommended to George Washington by Benjamin Franklin. Pulaski, a brilliant tactician and known as the father of American cavalry, died of the wounds he suffered in the 1779 Battle of Savannah.

So why not Fort Pulaski, for an army battalion or Camp Pulaski, home to a battalion of U.S. Marines? Or, better still, Kosciuszko Air Force Base?

Forget, for the moment, the catchiest name. The question of whether to establish any base in Poland must be answered in two parts: first, as a NATO member, does Poland deserve further U.S. investment in its defense; second, what would we need to accomplish by placing which assets there?

Polish troops fought alongside U.S. troops in Afghanistan for over a decade, from 2002 to 2014. Forty-one Polish troops were killed in action in Afghanistan. I’ve heard from some of my friends in low places that the Polish special ops guys are highly skilled and very effective. Rather than acquiescing in other NATO members’ failures to invest in defense, a base in Poland would signal that we are investing in those nations that invest in their own defense.

Because Poland is holding up its end of the NATO bargain, further U.S. investment in Polish defenses is entirely proper. And, if we choose the right forces, they could pose a stabilizing influence that offsets Russian President Vladimir Putin’s continuing military adventures.

Poland is literally the center of Europe. Its longest border is with Germany, but it also borders the Czech Republic, Ukraine, Belarus, Lithuania, and the Russian enclave of Kaliningrad. Whatever we base there would be right in Putin’s face. Which is not a bad thing at all.

Under the NATO treaty, any attack on Poland — implicitly by Russia — would be the same as if the enemy had attacked the United States. As part of the NATO military structure U.S. Army and Marine forces sometimes visit Poland to conduct exercises with their Polish counterparts. Permanently basing army troops or Marines in Poland would reaffirm our commitment to Poland but not alter any of the strategic equations we face.

We may be too short of Patriot missiles to keep them where they obviously are needed. The answer isn’t to withdraw them from key Middle Eastern locations but to build more.

We have to deal with strategic concerns, so we should look to the promise made by President George W. Bush to put a ground-based missile defense in Poland to protect it and the rest of Europe from Iranian missile attack. President Obama broke that promise. Instead, Obama ordered the Navy to provide a sea-based antimissile defense by constantly patrolling the Mediterranean with several Aegis anti-missile-equipped cruisers and destroyers.

But the Navy has too few of these ships. In order to provide the sea-based defense of Europe Obama promised, the Navy has to rob the fleets of the antimissile protection they must always have.

We should relieve the Navy of that burden by living up to Bush’s promise.

Russia has always been especially sensitive to American anti-missile forces. They pose no threat to Russia wherever they are deployed, but aggressors such as Russia, China, and Iran fear losing the advantage they have in threatening nations that are defenseless against missile attack.

Throughout history Poland has been a central target of European aggression. Resisting Russian aggression, as noted above, was one of Pulaski’s claims to fame before he came to help organize, train, and fight with the Continental Army’s nascent cavalry force.

Placing several Theater High-Altitude Air Defense (THAAD) batteries in Poland would be a sharp stick in Iran’s — and Putin’s — eyes. They would — albeit imperfectly — restore a balance of power between NATO and Iran as well as between NATO and Russia. And that is precisely what we should do.

Kosciuszko Air Force base, with a couple of nice, long runways hosting airlift, bomber and fighter aircraft as well as a few THAAD batteries, would alter significantly the strategic equations against Russia and Iran to our advantage. Whatever the base is named, let’s start paving runways and building the support facilities as soon as we can.