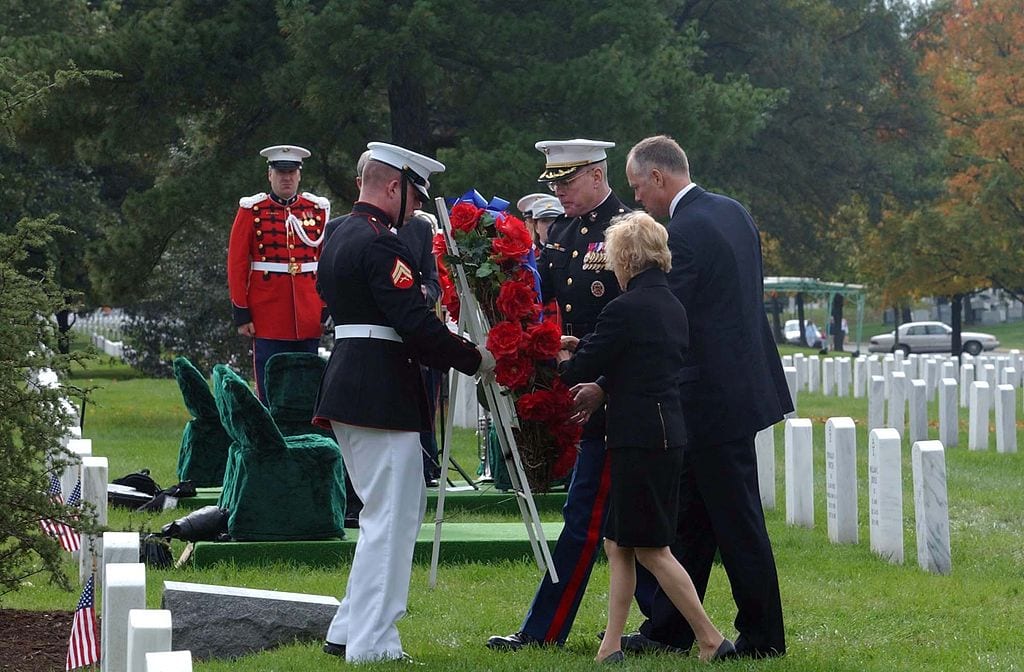 Catastrophic failure in Lebanon 36 years ago this month taught President Reagan the most important lesson about foreign civil wars. America should stay out.

U.S. troops entered Lebanon as peacekeepers in 1982 but became increasingly entangled in a conflict involving some 25 armed factions. The shifting coalitions were complicated and bewildering. The U.S. became a combatant, allied with the nominally Christian national government based in Beirut. As a result, American troops became targets, just like the Lebanese fighters around them.

Roughly a decade later President Bill Clinton took the U.S. into conflicts spawned by the Yugoslav civil war. First the administration bombed Bosnian Serbs to forcibly preserve the badly divided, Islamic-dominated Bosnian state turned country. Later Washington attacked Serbia proper to dismember that nation and settle the Kosovo civil war. The military cost to Washington was low, since there were no boots on the ground, but America cemented its international reputation for hypocritical partisanship.

Washington largely ignored atrocities committed by other factions, such as Croatian ethnic cleansing of the Krajina region. After America’s “victory,” ethnic Albanians in Kosovo forced out a quarter of a million ethnic Serbs, Roma, and non-Albanian Muslims. Nevertheless, the U.S. denied Serbian Kosovars, even in Kosovo’s north, where they predominated, any right to secede — granted to every minority ethnic group in Yugoslavia and later Serbia. Decades later the region remains unstable. Bosnia is an artificial, unloved tripartite nation. Kosovo is celebrated as a gangster state, in which ethnic Serbs resolutely resist Pristina’s control. American intervention also created a precedent for Russia’s 2008 intervention in Georgia on behalf of Abkhazia and South Ossetia.

Nevertheless, President George W. Bush found his foreign civil war to fight. He targeted Afghanistan because it had hosted Osama bin Laden and al-Qaeda training fighters, and the Taliban refused to turn over its “guest.” However, the U.S. quickly achieved its objective of dispersing al-Qaeda and ousting the Taliban. After that Washington simply became another force in the seemingly endless Afghan civil war, improbably attempting to create a liberal, Western-allied, strong central government in a country which had any of them.

Today America’s participation is in its 18th year. The U.S. has been fighting in Central Asia longer than the Mexican-American War, Spanish-American War, Civil War, World War I, World War II, and the Korean War combined. The Kabul government survives only because of U.S. financial and military support. Yet America has no interest at stake warranting such a commitment. Afghanistan is a humanitarian tragedy, but not one Washington can fix. Afghanistan’s relationship with al-Qaeda is simply historical: as bin Laden proved, when he fled to Pakistan, terrorists can and do operate most anywhere around the globe. This is one of the “endless wars” which the president insisted that great powers should not fight.

Almost on schedule, around a decade after America’s intervention in Afghanistan Washington policymakers found another distant civil war requiring their attention: Syria. The situation was tragic but mattered little to America. Indeed, throughout the Cold War Damascus had been allied with the Soviet Union, without any notable adverse impact on U.S. security. Moreover, the administration’s maladroit meddling made the conflict worse: the Obama administration insisted on Bashar al-Assad’s ouster, reducing the incentive of both government and insurgents to negotiate.

The Obama administration imagined that it could simultaneously oust the Assad government, defeat the Islamic State, find and empower “moderate” insurgents, tolerate radical fighters affiliated with al-Qaeda, cooperate with Kurds, win Turkey’s support, expel Iranian forces, and deter Russian involvement. However, every other actor had greater interest in the fate of Syria and therefore was willing to spend and risk much more. U.S. policy turned out to be an almost complete bust, other than the defeat of ISIS, which could have been accomplished by the rest of region, which was directly threatened, had Washington not taken over the task.

Yet American forces linger, illegally occupying a third of another country without congressional authorization. A couple thousand Americans are expected to weaken Assad, protect Kurds, deter Turks, expel Iranians, and constrain Russians. U.S. forces are far more likely to be increasingly challenged, forcing their retreat — or a much bigger combat commitment on behalf of what amounts to social engineering writ large. America has no interests at stake which warrant such costs and risks.

Even less justified is Washington’s venture into the Yemeni civil war, at the behest of the totalitarian Saudi royals. Having offended the Kingdom of Saudi Arabia by making a deal with Iran to limit the latter’s nuclear activities, the Obama administration sought to silence Riyadh’s doubts by backing the latter’s invasion of neighboring Yemen.

Washington had no sensible reason to join such a fight. Yemen has been at war for most of its life over the last six decades. In fact, there originally were two Yemens, which not only fought but drew in Egypt and Saudi Arabia on opposite sides. Then there was one Yemen, which was almost constantly convulsed by conflict, including by the Houthis against the government of Ali Abdullah Saleh. Although friendly toward America, he was ousted as an outgrowth of the Arab spring, but then joined with his one time enemies, the Houthis, to defenestrate his successor, Abdrabbuh Mansur Hadi.

None of this had anything to do with Iran, which was far less involved in Yemen than the Kingdom, which promoted its malevolent Wahhabist theology among what had been a more tolerant population. However, Saudi Arabia’s aggressive crown prince, who deployed troops in neighboring Bahrain and kidnapped Lebanon’s prime minister, wanted to ensure a puppet regime next door. Hence the invasion, backed by the UAE and other Gulf States, of Yemen in 2015. What was to take just a few weeks is in its fifth year, with America deeply involved — selling munitions, providing intelligence assistance, and (until recently) refueling Saudi aircraft. By underwriting the slaughter of civilians Washington made a plethora of additional enemies in a country where radical forces, including al-Qaeda in the Arabian Peninsula, now abound, many backed by the Saudis and Emiratis. And no end of the conflict — which has killed tens of thousands while creating a humanitarian catastrophe highlighted by mass starvation and a cholera epidemic — is in sight.

Despite the awful record of American intervention in civil wars, the administration appears determined to foment another one in Venezuela. But that tragic country is largely irrelevant to U.S. security. Some observers point to the involvement of Russians, Cubans, and even Iranians, but their job is saving Maduro, not attacking America. If they were foolish enough to do the latter, Cuba already serves a hostile bastion. Anyway, even Moscow has minimal ability to project power across the Atlantic — indeed, Russia reportedly may decommission its only aircraft carrier.

Nevertheless, in expectation of a quick victory, the president recognized Juan Guaido, President of the National Assembly, as Venezuela’s legitimate president, imposed tough economic sanctions, and invited Venezuela’s military to revolt. Stalemate resulted. There is more than a little speculation that Washington sabotaged the country’s power grid, though years of kleptocratic socialism have left the entire economy in ruins. The administration also threatened military action, and pressure for it to act will grow the longer the Maduro regime retains power.

However, any invasion would likely result in civil war. Some number of Chavistas, as the faithful, named after the late Hugo Chavez, are known, would fight. Although the vast majority of Venezuelans want President Nicolás Maduro gone — what rational person would not? — not all want the deed done by outsiders, especially Americans.

Moreover, little holds the long bitterly-divided opposition together other than contempt for Maduro. Guaido is a man of the left and has been attacked by some Maduro critics unwilling to follow the former. The struggle for future control after Maduro’s ouster could become violent, with the U.S. expected to sort out the mess. The Clinton administration played a similar role in Haiti a quarter century ago, forcibly ousting the military junta in the name of democracy, only to see the country eventually descend back into political and economic chaos, as is evident today.

President Trump has an innate common sense lacked by Washington foreign policy elites: permanent war is the enemy of the American people and American greatness. Washington’s experience with foreign civil wars reinforces that conclusion. Right and Left should be able to agree on at least one foreign policy principle: stay out of other people’s civil wars.

Doug Bandow is a Senior Fellow at the Cato Institute. He is a former Special Assistant to President Ronald Reagan and the author of several books, including Foreign Follies: America’s New Global Empire.

Doug Bandow
Follow Their Stories:
View More
Doug Bandow is a Senior Fellow at the Cato Institute.
Most Popular
1
Hither and Yon
Here’s What Happens When Democrats Abandon a City to Crime
by Scott McKay