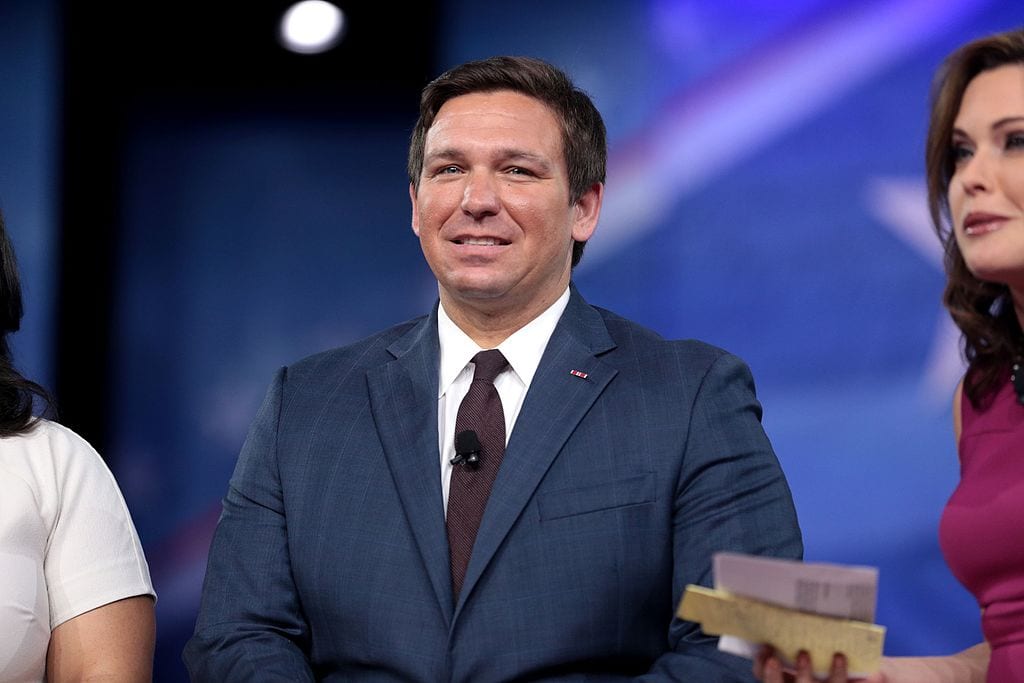 After the results of required machine recount are in, it is almost a dead-bang certainty that Republican Ron DeSantis will be certified as the winner of Florida’s governor’s race next Tuesday. In the recount, which cost the state a packet, led to numerous lawsuits, and to a bunch of heated accusations by representatives of both sides, Democrat Andrew Gillum gained a net of one vote (ONE!), and still trails DeSantis by 33,360 votes, enough to avoid a manual recount.

In normal times this would be enough to declare game, set, and match. But these aren’t normal times. And Democrats have rooms full of lawyers on hand to file suits on the basis of anything they can dream up and engage in every delaying tactic known to man, and some just thought up for this occasion.

The counties — the infamous Broward, as well as Palm Beach and Hillsborough — did not file recount totals with the State Attorney’s office by Thursday’s 3 p.m. deadline. By state statute those counties’ totals will be the unofficial totals they submitted last Saturday. So after all the fuss, feathers, expense, and the sheer cavalcade of incompetence we’ve witnessed out of the Broward elections office this week, none of their machine recount totals will be reflected in the final official vote.

A Florida circuit judge ruled Wednesday that Palm Beach County could have five more days to get their machine recount totals in. But a federal judge took over jurisdiction and voided that order. Democrats won’t like this. And it’s a good bet they will sue for more time. But it’s hard to see on what grounds they could prevail.

The Senate race between Republican Rick Scott and incumbent Democrat Bill Nelson is tighter. Scott leads this one by 12,603 votes after the recount.

Which lead, by the way, increased by 41 votes during the machine recount. But this is still within the quarter of one percent margin that requires a manual recount. This is underway now and the deadline for results on this one is Sunday. Hard to say if the problem counties will be any more timely in the manual count than the machine one. But by statute the Florida Secretary of State is required to certify winners in all races next Tuesday.

Though it appears very likely the Election Night winners will be made official next week, don’t expect anything close to graciousness in defeat from Democrats. They’re still banging on, hand over heart, about the duty for every vote to be counted (at least until Democrats get enough to win).

“A vote denied is justice denied,” Gillum said Thursday. “The state of Florida must count every legally cast vote. As today’s unofficial reports and recent court proceedings make clear, there are tens of thousands of votes that have yet to be counted. We plan to do all we can to ensure that every voice is heard in this process.”

Tens of thousands? Not to worry. I’ve no idea what he’s talking about either.

To Democrats, as their court pleadings teach us, this may include voices who are not who they say they are. Party lawyers have asked that provisional ballots rejected because the signatures on the ballot do not match those on file with elections offices be counted. In a ruling Federal Judge Mark E. Walker did not allow all such ballots to be counted, but did give those with mismatched signatures until 5 p.m. Saturday to resolve the problems with their ballots with elections offices.

Demonstrating a firm grasp of the obvious, Judge Walker, dealing with lawyers for both parties fighting over the recount, said, “We have been the laughingstock of the world election after election. Yet we still chose not to fix it.”

Gee, maybe that will give our almost certified new Republican governor a significant project to work on as soon as he moves into the governor’s mansion in Tallahassee. Surely it’s time for at least one supervisor of elections, whose screw-ups every even numbered fall can be relied on, and whose name has been so much with us this week it doesn’t need repeating, to begin enjoying retirement. For cause.