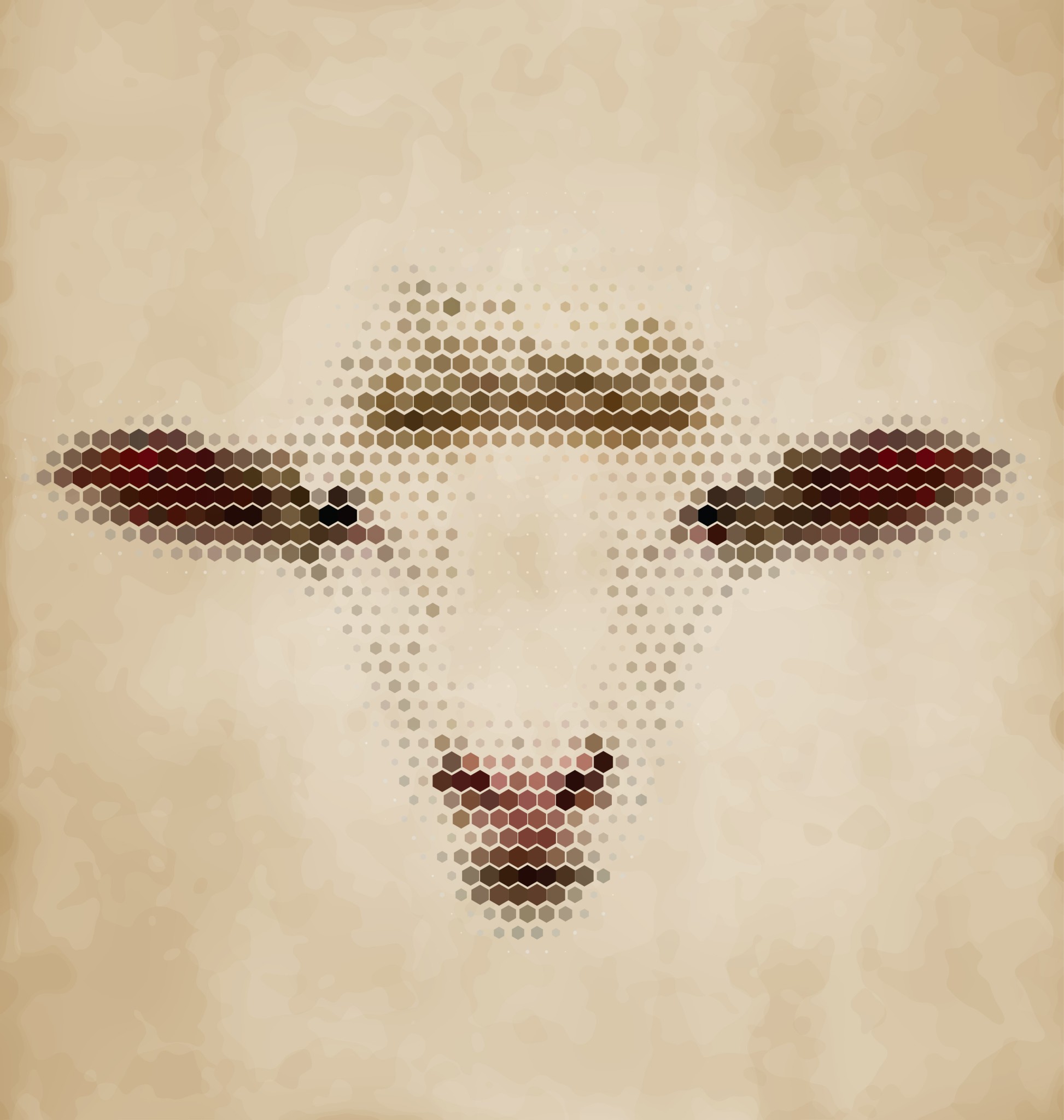 The news came without warning on April 13. A work by the 71-year-old artist Ingri Egeberg, reported Sunnhordland, a newspaper in western Norway, had been seriously damaged.

According to Vårt Land, the national daily that soon snapped up the story, Egeberg’s artwork, entitled Flokk og følge (roughly, Flock and Company) and installed in 2005 in a hospital near Bergen, “consists of a flock of sheep in plexiglass that hangs under a cloud above a pasture in a five-story stairwell. Some distance away from the flock, Egeberg has painted a single sheep.”

Egeberg painted that single sheep directly on a yellow-green wall. No, “painted” isn’t quite le mot juste. Judging from Vårt Land’s photo, the word “scrawl” is more apt. Because it can take a moment to realize that these vaguely concentric lines on the wall, which could be taken for graffiti, are meant to resemble a sheep.

Anyway, this scrawl was next to a door. The other day, apparently, an electrician was told to install an automatic opener for that door. The electrician, presumably not realizing he was defacing art, put the opener smack dab on the sheep’s snout.

I hadn’t heard of Egeberg before, but it turns out she’s represented in the National Gallery and other marquee museums. One of her works hangs in the Parliament. Flokk og følge, ordered in line with a law requiring that a certain percentage of the expense of constructing public buildings be spent on art, cost Norwegian taxpayers about $22,000 (adjusted for inflation).

When I read this story, I thought at once of Odd Nerdrum, the brilliant painter whose latest exhibition I saw recently in Oslo. I can’t imagine any electrician ever failing to recognize one of his productions as an artwork. But in a time when a lot of stuff that goes by the name of art isn’t necessarily recognizable as such, Egeberg isn’t the only artist to have suffered such a fate. Some precedents:

Somehow, nothing like this ever happened to the Mona Lisa or Michelangelo’s David.

You can be pretty sure that nothing like the following ever happened in the days of Michelangelo, either. After cleaning up a Visalia, California, art exhibit in 1959, “a group of janitors and maintenance men” decided to compete. So the next year they “took a piece of scrap metal from which holes had been cut for door latches, and they painted it black.” Since it “vaguely resembled the shape and size of a cat,” they called it Peterfid (sic) Tomcat. It won an award.

Then there was the time, in 2016, when two mischievous teenagers put a pair of eyeglasses on a floor at San Francisco’s Museum of Modern Art. As expected, visitors took the glasses seriously as an artwork, scrutinizing and contemplating them.

“Are pranks art?” asked the online magazine Mashable in an article about this incident. “We’re thinking, yes.”

Well, these days everything is art, so long as you put it in a museum or gallery and say that it’s art. (It works the same way as gender: declare that you’re a boy, even if you’re a girl, and you’re suddenly, magically a boy.)

Once, in order to be taken seriously, an artist had to master technique. Nowadays, technique is passé. So is speaking of a given artwork’s “greatness.” Or praising Dead White Males.

Aesthetic merit, as a criterion, is out; “woke” politics are in.

Indeed, in order to put the kibosh on the very idea of artistic genius, the individual artist is being replaced increasingly by the art collective. Witness the shortlist for the latest Turner Prize, the art world’s top accolade, which included not a single individual artist:

The most celebrated art of our time, then, leaves traditional notions of art far behind. You’d have to go back decades to find a Turner laureate whose work bore any resemblance to that of, say, J.M.W. Turner (1775-1851), the master for whom the prize is named.

Yet — and here’s the kicker — we live in a time when every day, vacationing hoi polloi pour into museums to gape at stuff that any responsible-minded janitor would toss in the dustbin.

No, they don’t love it. They’re just going where the tourist guidebooks tell them to.

Art, then, is no longer just for the elites. It’s also for us ordinary folk — so long as we’re willing to silence our inner janitors and behave like, well, a flock of docile sheep.