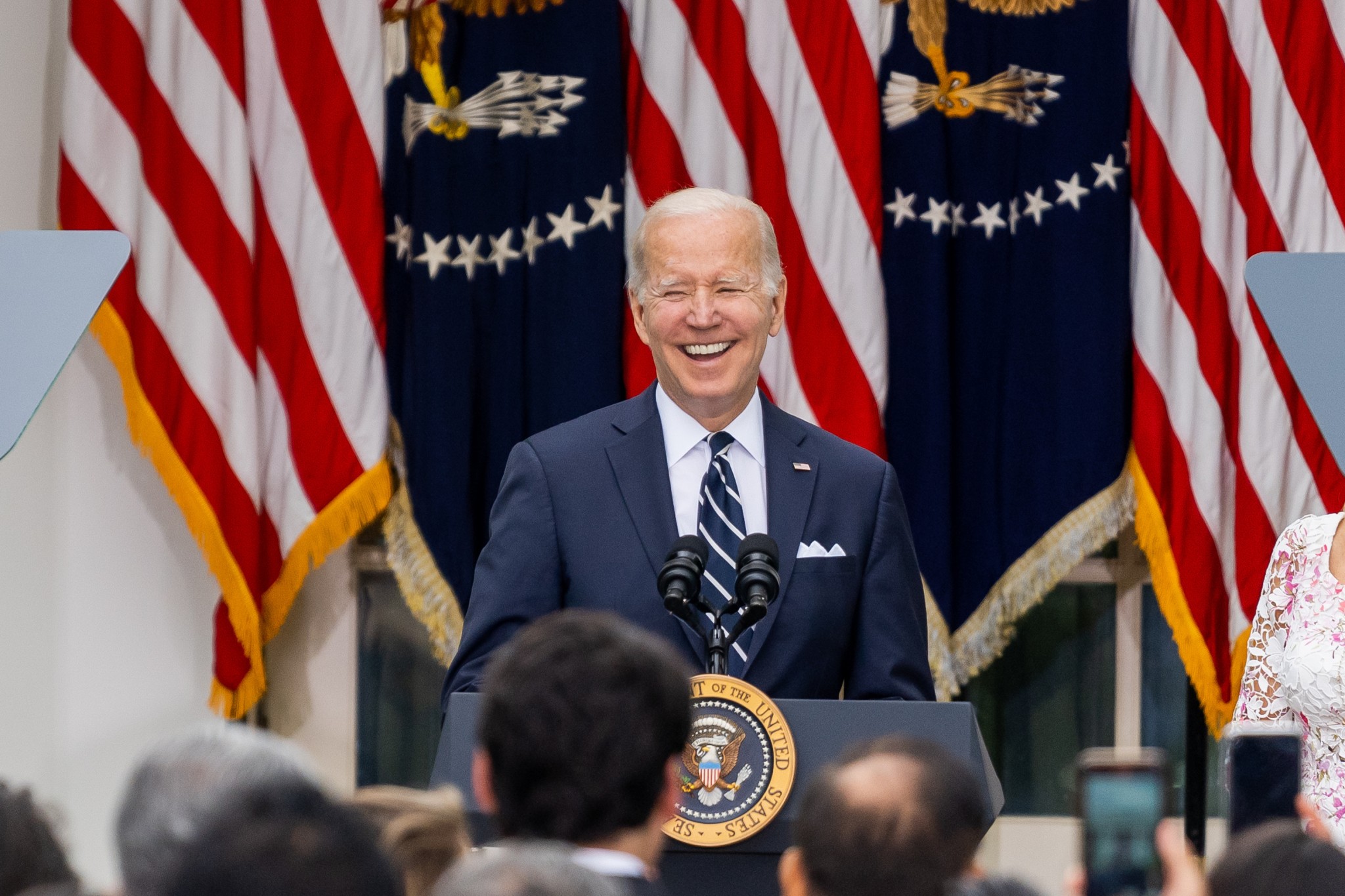 In November 2021, the media was realizing that perhaps the Biden presidency was not something it could endorse at every turn with unvarnished praise. Inflation had hit 6.2 percent, supply-chain headaches leading up to the holidays were top of mind, Afghanistan remained a fresh wound, and, although the Omicron variant had not yet been detected, COVID-19 persisted.

The Washington Post decided to put out a piece that offered caution as to the Biden presidency. “Biden has underestimated problems facing the country — and Democrats fear that has become a political problem,” it delicately headlined on November 14.

The Biden administration, taken aback at the negative press the Washington Post warned them of, decided to send a few anonymous officials to tamp down the emerging narrative that Biden was leading a failed presidency.

The line they decided to feed the Post was that things could not possibly get worse for Biden. They argued that his approval rating, which had just fallen to a record low of 42 percent while his disapproval rating hovered around 52.7 percent, had nowhere to go but up.

People “who spoke on the condition of anonymity to share private conversions” told the Post that “many administration officials and allies contend that the state of affairs cannot get worse, thinking that Biden and the Democrats have hit their floor in negative approval ratings.”

That narrative, it turns out, was a fantasy.

On Thursday, Biden hit another new low, according to RealClearPolitics, averaging 36.8 percent approval and a 57.5 percent disapproval.

A New York Times/Siena poll earlier this month pinned the number at a shockingly horrible 33 percent approval and 60 percent disapproval. Members of Biden’s own party are abandoning him in droves, according to the poll: two-thirds of Democrats said that they would prefer a candidate other than Biden in 2024.

Suffice it to say that the administration has quit pretending that things can’t get any worse.

The Post’s November 2021 article soothed liberals that top Democrats were sure the national environment would look “dramatically different” come the midterms. Inflation would ease and people could go back to their normal lives.

“Folks need to calm down,” reassured the former transportation secretary under President Barack Obama, Anthony Foxx. “Stop bloviating over the sky is falling. It’s not falling. Biden has made some extremely tough decisions in his first year in office, and it’s natural that the public will look at those changes in the composite and be somewhat skeptical of them.”

In June, the New York Times wrote that anonymous interviews with nearly 50 Democratic officials revealed a party “extraordinarily pessimistic about an immediate path forward.” The Times quoted a Democratic National Committee member, Steve Simeonidis, who said Biden should announce his intent to not seek reelection.

The progressive group RootsAction launched a campaign earlier this month asking Biden to not run, writing, “President Biden has not shown himself to be the president we need.”

RootsAction co-founder Jeff Cohen said that the reason for the campaign is not Biden’s age or low poll numbers, but rather “his performance — his inability to fight for working people and stand up against Republican and corporate obstruction.” That echoes a growing understanding among Democrats that Biden is always one step behind nation’s challenges and offers sluggish responses to GOP achievements. “Many Democrats share a sense that … Biden and his team have been following, not leading,” summarized the Atlantic’s Ronald Brownstein.

Voters are also frustrated with the state of the country. Inflation, which a majority of Americans say is one of the most important issues, is at 9.1 percent over the year. At one point in June, gas prices were up over 100 percent under Biden. And despite the full rollout of the COVID-19 vaccines, infections remain high and the virus remains in the limelight, particularly with Biden’s contraction of the virus.

What did the White House think it would get out of its November narrative that things couldn’t possibly worse? Perhaps it believed such a notion would reassure Democrats during a rough patch, encouraging them to maintain their support for the president. Perhaps it wanted to create an appearance of a lull in the polls of an otherwise popular presidency.

Whatever the motive, the Democrats have reached a point where Americans won’t buy the line “It will only get better from here.” They understand that relief, unreachable for months, is unlikely to come during a Biden presidency.