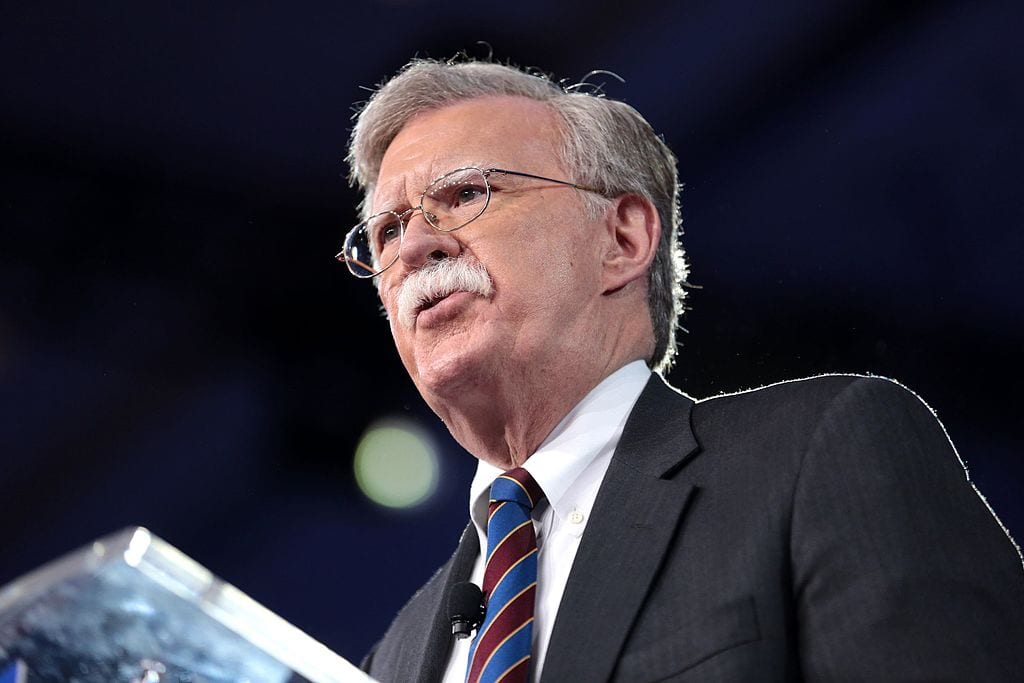 Do you remember the story of the dog in the manger? It’s an old Greek myth. A dog lies in the manger, surrounded by hay. The dog can’t eat hay. Only horses eat hay. But the dog won’t let the horses into the manger to eat.

That’s North Korea. The hay is North Korea’s nuclear arsenal. Kim Jong-un is the dog. He can’t use the nukes but he can’t let anyone else get them either.

And why not? Because of the way in which American foreign policy idealism creates monsters that threaten us.

Put yourself in Kim’s shoes. He doesn’t need the nukes to protect himself against his own people. If he has a problem with someone he’ll rip them apart with a machine gun. He did that to a Defense Chief who fell asleep during one of his speeches.

And he’s not about to initiate a nuclear war with the United States. He’d be signing his death warrant, and he knows that.

So why does he need the nukes? Why, to protect himself from America idealism. His nukes are defensive. What he’s telling us is that he’ll attack us if we try to depose him.

Remember how the Obama administration greeted the “Arab Spring”? It brought down some American friends such as Egypt’s Hosni Mubarak, as well some deranged miscreants such as Libya’s Muammar Gaddafi. It replaced them in Egypt with the Moslem Brotherhood and in Libya with the people who killed Ambassador Chris Stevens.

Ah, Libya. It was supposed to give us a democratic Arab nation, one as firmly committed to human rights as any San Francisco Democrat. The then-Secretary of State was so gung-ho for it that the Washington Post called it “Hillary’s War.”

What it got us instead was blackest chaos. The death of our ambassador and the death of Gaddafi.

That’s why Trump has gone out of his way to signal a return to realism in foreign policy. We’re no longer in the business of regime-change, of nation-building, he’s announced. That was George W. Bush. That was Hillary. It’s not us.

If that promise were credible, Kim wouldn’t need his nukes. He only needs them against a Hillary Clinton.

So the question for Kim is, do I trust the United States?

Well, ask yourself. Would you trust us? Have we shown ourselves so consistent in our foreign policy, so credible, that we’ve earned the right to be trusted?

We didn’t make ourselves more credible by appointing John Bolton as National Security Advisor. I know, Bolton tells us he no longer believes in nation-building. But he carries a lot of baggage from the failed George W. Bush administration. With that kind of a history, he should be going out of his way to signal a return to realism, but old habits die hard with someone so imperious, so cocksure, so war-loving as Bolton.

Kim fears Bolton. He’s right to do so. What a spanner Bolton threw into the works when he mentioned Libya last week. Trump’s goal is to ensure that we’re not threatened by North Korea’s nukes. Kim’s goal is to ensure that he’s not threated by the United States. To get there, we need to take the example of Libya off the table. By raising the issue Bolton reminded us of twenty years of American foreign policy failures and of how we can’t be trusted.

Which is why, in Trump’s shoes, I’d think of firing Bolton. Or at least of signaling to Kim that Bolton doesn’t speak for us. Trump needs to remind everyone of how he promised realism in our foreign policy.

Some liberals have expressed surprise that we aren’t seeking regime change in North Korea. That’s because they’re idiots. Realism, and the abandonment of foreign policy idealism, is precisely what Trump has promised for the last two years.

Some conservatives have defended Bolton as the administration’s “bad cop.” We don’t need a bad cop, however. What is needed instead is realism, cynicism, and a recognition that both we and the Norks have a credibility problem. Bolton doesn’t help. He’s not dumb and he’s not especially sharp. He’s just a ventor cloaca.

F.H. Buckley is a foundation professor at Scalia Law School at George Mason University and author of The Republican Workers Party: How the Trump Victory Drove Everyone Crazy, and Why It Was Just What We Needed, forthcoming from Encounter.