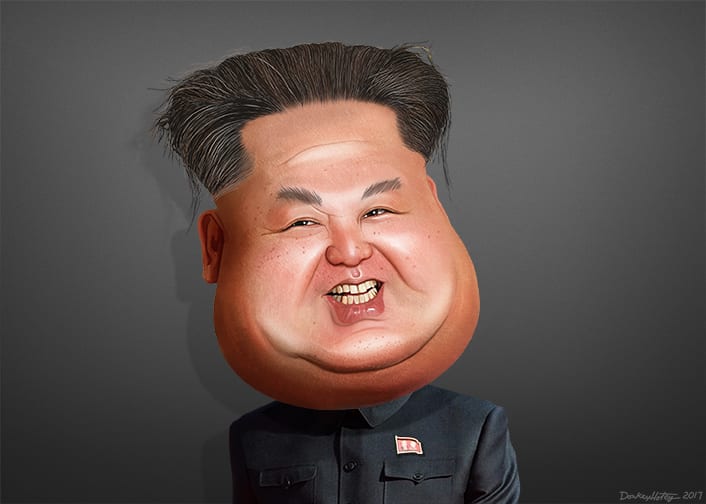 I’ve heard of gunboat diplomacy before, but I never thought I’d live to see the world putting its eggs in the basket of figure eight diplomacy.

In Korea, we are witnessing a series of diplomatic maneuvers revolving around ice skating, the Winter Olympics, and a dance troupe. Talks have begun between the two Koreas about getting the North to take part in the upcoming Winter Olympics that are to be held in PyeongChang, South Korea. It seems North Korea has a pair of decent figure skaters by the name of Ryom Tae-ok and Kim Ju-sik. Who knew?

Because of the ongoing talks of Olympic participation, there is a renewed sense of optimism from world leaders and the media that North Korean dictator Kim Jung Un will mellow his nuclear saber rattling.

When are we going to learn? I’m a sports executive and enthusiast and have personally witnessed how sporting events impact culture, but I’ve also been around the block long enough to know the power of sports will do little to impact the trajectory of history. In the 1936 Berlin Olympics Jesse Owens destroyed Hitler’s master race theory, but it would still take 60 million people to die before Hitler’s reign ended. The tragedy of the Munich Olympics in ’72 did nothing to slow Islamic extremism or improve the way athletes from Israel are treated in international competition. The Sarajevo Winter Olympics of 1984 didn’t keep Yugoslavia from imploding into civil war less than a decade later. I could also argue that America’s boycott of the Moscow Olympics in 1980 and the Russian payback in 1984 did little to alter the Cold War.

Sports are fun, important, and a great diversion from our daily lives but are not a magic wand that will solve rifts between nations. Yet, reports on the latest talks between North and South Korea clutter the news as if the discussions mattered. The latest news is North Korea wants to send an art troupe to perform at the Winter Olympics. To this end, North Korea is sending Hyon Song-wol to join the negotiation delegation in Panmunjom. Hyon Song-wol is the leader of a popular all female North Korean band called Moranbong. Moranbong is known for wearing short skirts and high heels while singing pop-political anthems. Reportedly all members of the troupe are hand-selected by none other than Kim Jung Un. (Who does he think he is, Harvey Weinstein?)

All this is comical, yet many people are working tirelessly to make this happen in the name of world peace. There are also high-level discussions about both North and South Korea marching into the opening ceremony of the Olympics as a unified Korean team. If this sounds familiar, the Koreas did this in 2000-2006, and of course this did little to deter the North’s nuclear push or improve its ghastly human rights record.

What peaceniks and the West need to understand is that Kim Jung Un needs nuclear weapons more than he needs our peace of mind and goodwill. Strip away the potential of nuclear weapons in North Korea and what do you have? Without the bomb North Korea is nothing more than a wretched, backwards country shut off from the rest of the world by its nonsensical leader. Geographically it is vulnerable from attack from China and Russia, and at risk of being economically swept away because it eschews capitalism.

But with the bomb, North Korea and Kim Jung Un have the world’s attention and prestige as they are in the exclusive nuclear weapon club. Not only do they have alliances with countries like Iran they wouldn’t have otherwise, they have a trump card that will get them taken seriously in any international situation. Domestically Kim Jung Un is a dictator, and dictators as a rule, to stay in place, need to project power. Is there any better power move by a dictator than mastering nuclear weaponry?

Does anyone really believe Kim Jung Un will be so smitten by watching Ryom Tae-ok and Kim Ju-sik spin around the ice during the Olympics that he will give all this up?

North Korea with nuclear weapons is a serious problem, which requires serious thought and serious decisions, not fake feel good solutions. One imagines at the closing ceremony as the two Koreas march as one, Kim Jung Un will celebrate by firing another ballistic missile off the coast of Japan.