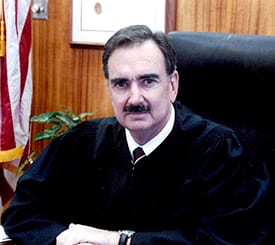 On July 15, the Fifth Circuit Court of Appeals filed an opinion delivering a major victory to the Texas Conference of Catholic Bishops, broadly construing the right of religious groups to keep internal communications private. The case facts are strange, complicated, and present a previously unposed legal question, so a detailed review is in order.

Texas relatively recently passed a law mandating that all fetal remains be disposed of by a burial or cremation and not by simply discarding them in the manner of medical waste. At the time, the Texas Conference of Catholic Bishops sent a representative to testify to the state legislature that the conference would be willing to provide free common burial services. After Texas passed the law, Whole Woman’s Health and other plaintiffs sued the state, arguing that the requirement to bury or burn fetal remains was expensive enough that it placed an undue burden on abortion. For its part, the TCCB volunteered to testify that the conference is able and willing to provide those services free of charge.

Now, what any good lawyer would do at this point is seek out documents and other information to assist in cross-examination. To that end, the plaintiffs subpoenaed the TCCB for documents and communications regarding fetal or embryonic remains, miscarriage, abortion, communications with the state of Texas and its various offices since the start of 2016, and the laws in question. So far so good, right? Well, not quite. We hit our first red flag: the subpoena was served on the eve of Holy Week. At least circumstantially, this seems like an attempt to force the Catholic organization to work during the holiest time of its year.

The TCCB moved to quash the subpoena. It claimed the evidence sought was irrelevant, prohibited by its First Amendment rights to free exercise, speech, and association, against the Religious Freedom Restoration Act, and unduly burdensome under the rules of civil procedure governing subpoenas. The judge in the case denied the Bishops’ motion at the time because they had not met with the plaintiffs to discuss the full extent of the subpoena and directed them to do so.

The two groups met, and agreed to substantial reduction of the request. TCCB determined that over 6,000 pages of documents matched the subpoena request, and provided 4,321 of them, incurring significant legal fees in the process. As to the remaining documents, TCCB renewed its First Amendment, RFRA, and civil procedure rules objections (though the judge instructed the TCCB to focus on the First Amendment objections). Fine, the plaintiffs said. Just withdraw your testimony and we’ll withdraw the subpoena. TCCB asked the judge to quash the subpoena based on the objections and contended it was clearly an intimidation tactic. The judge denied the request, and gave the Bishops only one day to file an appeal instead of the usual fourteen, based on a review in camera. In camera is a legal principle that a judge can secretly review documents to see if they match the description of a party without revealing them to the other party. The Bishops appealed, were rejected, and then they appealed to the Circuit Court, which agreed to hear the case on an expedited schedule. Ok, we’re caught up.

The Circuit ruled in favor of the Bishops on the grounds that the subpoena was unduly burdensome, and the dissent mostly focused on procedural objections. Specifically, they rejected the idea that the judge could rule that the communications were not sufficiently related to matters of doctrine, practice, and belief to qualify as privileged. The significant burden of forcing a third party witness to disclose extensive sensitive private religious communications was deemed unnecessary in a context where the plaintiffs had testimony, already several thousand relevant pages, and a three-hour deposition opportunity. Further, both the majority and concurring opinion reference Masterpiece Cakeshop by saying that the proceedings seemed and may have been too hostile to the religious arguments and beliefs of the TCCB.

That decision was criticized in the Spectator as being too narrow, too peculiar to the circumstances, and unable to afford protection outside that case. But this opinion indicates it may have some teeth, especially because unlike the bald statements of hostility from officials in Colorado, it’s hard to impute that same motive to the actual judge here. Allow me to explain. The judge in question is David Ezra. Judge Ezra is retired. But the district courts of Texas are stretched thin, with long dockets and far-flung localities to attend to and few resources to do it. Judge Ezra therefore volunteers his time, traveling thousands of miles, to help the system move through cases. His willingness to demand appeals on Sundays was burdensome to the religious beliefs of the TCCB, but rather than claiming he is a bigot, Occam’s Razor and the human courtesy of the benefit of the doubt argue for interpreting it as a good faith effort to process cases at a fair pace.

Any victory at the Circuit level in a controversial social case is likely impermanent. The decision raises still newer questions and does not answer them. You haven’t heard the last of cases like this one, so settle in for more legal battles when discovery orders violate the associational and free exercise rights of religious groups. It’ll be a fun watch.