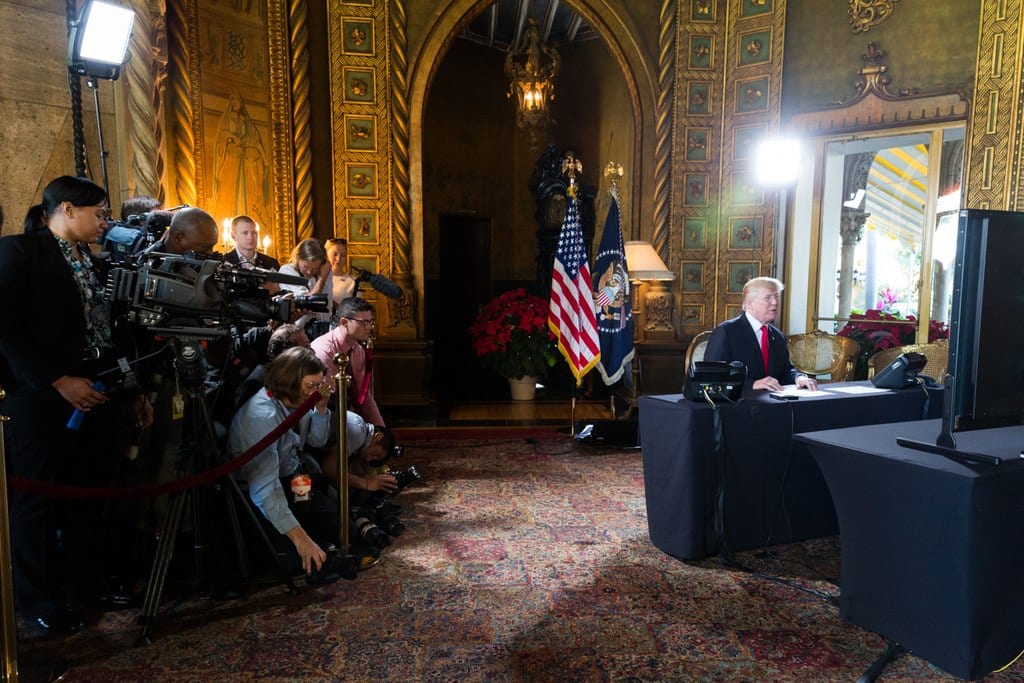 Definition of “demoralize,” from the Oxford English Dictionary: “Corrupt the morals or moral principles of; deprave.” From which I extrapolate: Demoralization means, in large part, accepting as fine and fitting and who-cares-anyway that which once you wouldn’t have accepted on account of principles seen as right and wise and honorable. It means lowering yourself. That is the prospect to be guarded against in this tumultuous time — the lowering of the American character; its demoralization.

You guessed I was talking about the president? Aw, how come? On account of his insulting, in the presidential office last week, countries and peoples a U.S. president doesn’t normally insult in public? No one should wonder at the fire and fury Trump’s reported remarks about supposedly primitive nations ignited. Their flame revealed much that is, well, demoralizing.

Our president — and he is ours; the president of us all — is walking, and has been, a pathway strewn with antipersonnel mines and elephant traps. Pride, I have always heard, goeth before a fall — the kind that awaits any personage in love with his own importance; never at fault; never guilty of bad judgment or behavior, in spite of “fake news.” If — when — he does fall, it’s going to be a mess — bloody noses and crack’d crowns all around.

I want to make clear none of this is to disparage the political good that our president, or others in his name, have done in a year’s time — whacking regulations, cutting tax rates, naming explicit conservatives to the federal bench, etc.

It is all quite grand. Hillary wouldn’t have done the like. Any more questions? That is, before I make the next inquiry: When is our noble leader going to figure out that his personal style of democratic leadership — Big I, Little You — is neither democratic nor leaderlike? More the style of an Arabian Nights sultan than a representative of the American people.

The argument for the Trumpian, you-go-to-hell style in politics is, look, we can’t wait for a class of debutantes to clean house after all those years of Clintons and Bushes. Possibly not. However, in democratic practice and theory, mere achievement is rarely enough. Achievement with finesse and respect for procedures, maximizing agreement, minimizing the opposition’s plans to pay you back, first chance they get. That’s what is wanted.

Most of all, you pay heed to the matter of tone in national affairs — to prudence, to generosity to friends and foes alike, to the requirements of honor, and to acknowledgment (however grudging) of what philosophers quaintly call Truth. Our constitutional arrangements presuppose all this in the name of a free people — the living out of the call to virtuous living; or, more widely experienced, the call to common sense and decency. It could be something as simple as “being nice.” Better that than cutting others’ throats, politically or in actuality.

A president serious about his duties won’t lessen the dignity of an office founded by George Washington, never mind such louts as may have lodged there since then. A serious president won’t demoralize his people by accustoming them to the low and the loud, the crude and the rude. He won’t let himself be known for language unprintable until recently, now printable almost everywhere.

Donald Trump needs a more certain path, that’s for sure. Hooray for tax cuts, hooray for Justice Gorsuch! It’s not enough. The American people’s chief magistrate is leading them on a metaphorical walk through the outdoor accommodations he made fun of as typical of lesser nations.

The eternal irony is that political victories can turn Pyrrhic: so costly as to send the outhouse ceiling crashing down. Outrage enough voters, and guess what. They turn you and your precious successes into targets for destruction — one more sad, still-preventable consequence of demoralization.

William Murchison is writing a book about the crisis of liberty and morality.