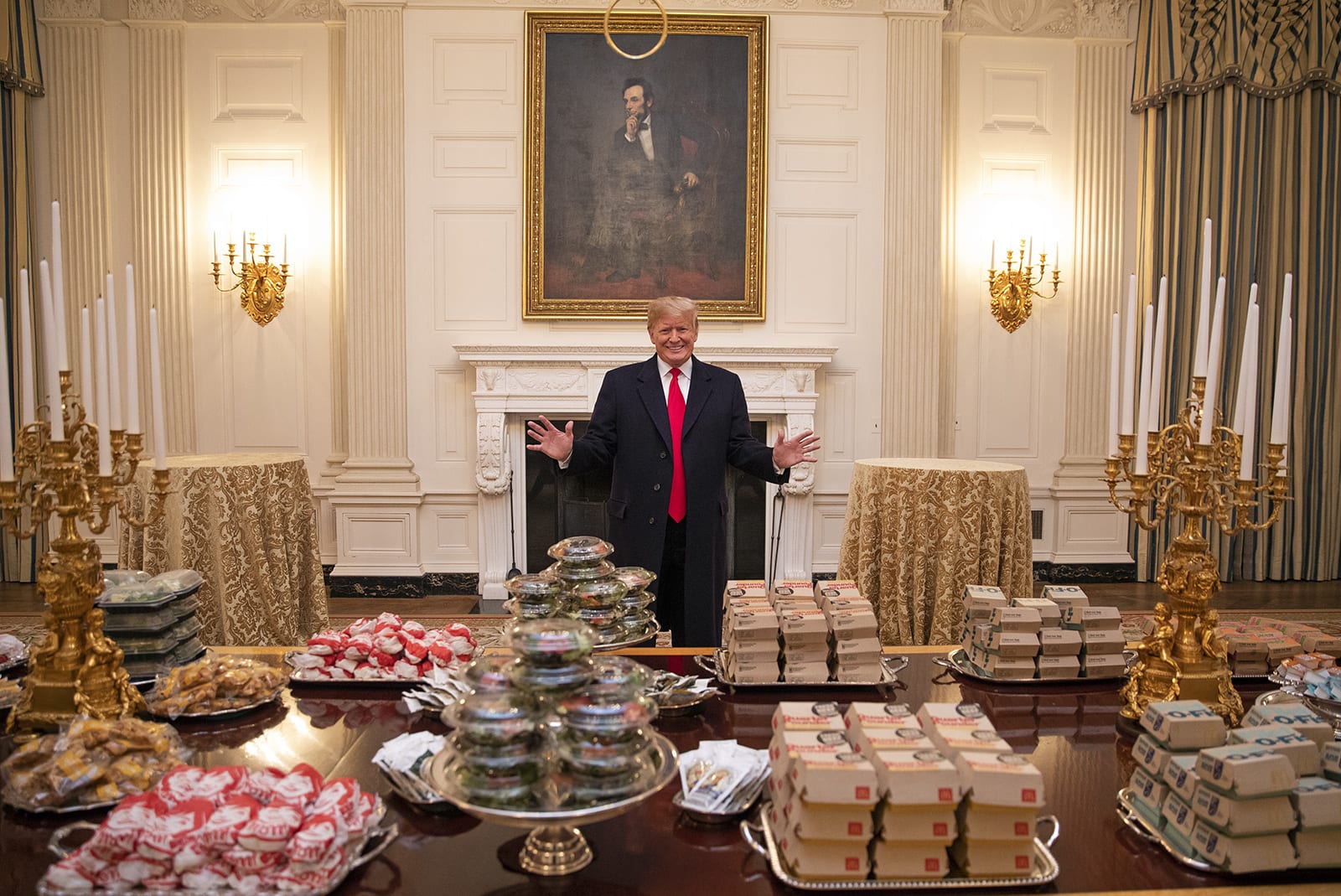 There’s a rule of thumb among disaster response teams that a crisis isn’t really a crisis until the Waffle House closes. The Atlanta-based chain hardly shuts down for anything: not hurricanes, not tornados, not floods. Waffle Houses are so reliably open that, during natural disasters, FEMA uses their status as an indicator of whether or not the surrounding neighborhoods have truly been ravaged.

When the coronavirus pandemic forced more than four hundred Waffle Houses to close in late March, people justifiably freaked out. This was a “red alert” according to FEMA’s tracker, something that usually only happens if a hurricane makes a direct landfall on a Waffle House.

But, as March dragged into April and April into May, it became increasingly clear that this wasn’t the hurricane we feared. It was bad — and briefly horrifying in New York and New Jersey — but not so bad that every Waffle House in the country needed to close. It’s no surprise that the chain led the charge when, in early May, Georgia became one of the first states to reopen its economy.

It shouldn’t be a surprise either that, only days after Georgia reopened, Waffle House CEO Walt Ehmer found himself sitting across from Donald Trump, advising the president on how to reopen other restaurants safely. After all, the federal government already uses Waffle House as its disaster bellwether; why not also use it as a guide for the nation’s return to normalcy? 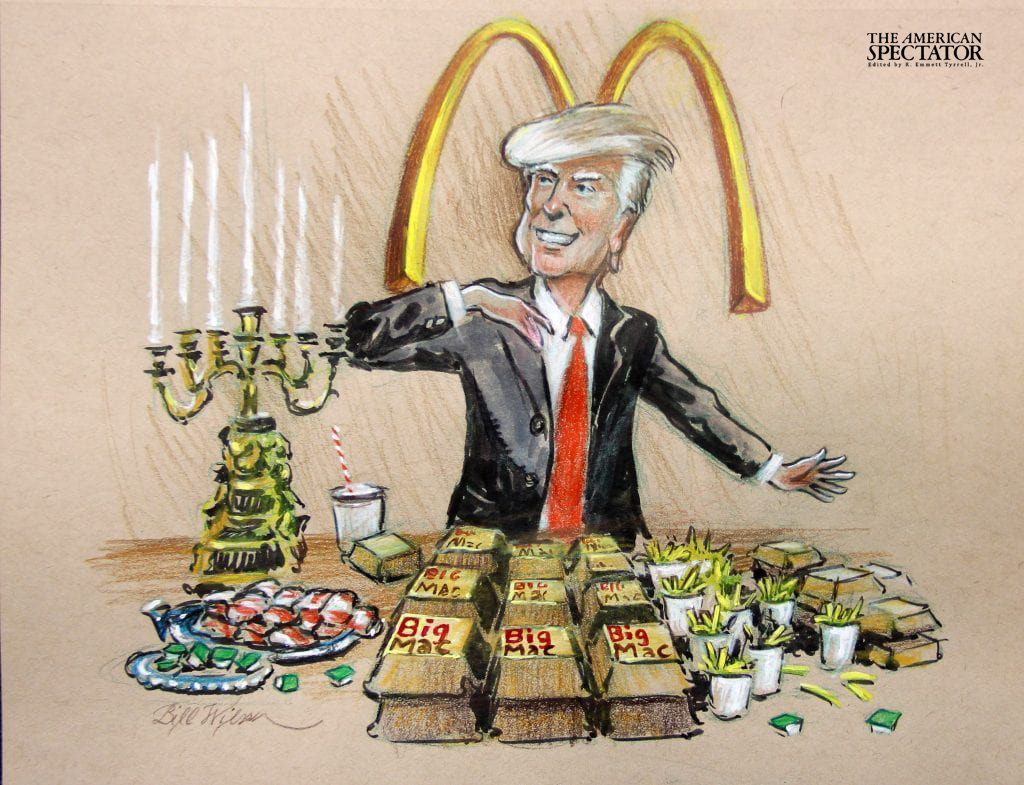 Ehmer told Trump that, in his view, restaurants like Waffle House have a responsibility to “get the wheels of the economy turning a little bit” by jumping ahead of the game on reopening. The most important thing at this point, he said, is saving the jobs of his employees and other people who support the fast food industry.

He was exactly right. And during the pandemic, fast food did more than just keep the economy humming. Its grease was the lubricant that kept the wheels of American life turning. While the curtain fell on movie theaters, hotels folded, and cruise ships became a supposedly fun thing that no one will ever do again, fast food filled in the gaps. Domino’s hired more than ten thousand drivers. McDonald’s, Popeyes, and Taco Bell saw drive-through sales skyrocket, so much that they had to design new menu items to meet the demand. And food delivery services, which were already working with many other restaurants, reported their greatest-ever increases in traffic.

And with little else to do this spring, Americans finally had the leisure to contemplate their relationship with fast food. For most, that just meant eating more of it. For the more discerning, it meant noticing that the desire to eat out isn’t a classy craving: Most of the time, it can be solved with a McDouble.

But for me, it meant getting trapped in the Wendy’s drive-through, cut-out coupons in hand, wondering why I feel so at ease after eating a Breakfast Baconator, why this food, which I know comes from a giant refrigerator, is more satisfying than anything else I’ve ever eaten.

The first answer that sprang to mind was that my tastebuds are just uncultured. That’s the accusation often leveled at Americans, perhaps most comically by Whit Stillman’s Barcelona (1994). Here, a WASP-y Midwesterner is struck aghast when a Spanish Stalinist says that his country is full of “fat people in shopping malls with no culture who eat hamburgers.”

This, I thought, as my car inched forward, is only half-true today: the shopping malls tend to be empty, coronavirus or no. But who could deny our love of hamburgers? I think immediately of a panel in Calvin and Hobbes in which Calvin’s health-conscious dad, worn out by a long road trip and his son’s pleadings for grease, screams in all caps, “HAMBURGERS, HAMBURGERS, HAMBURGERS!” But of course he still buys Calvin one anyway.

Maybe it’s the convenience. As a child, I loved the Holster Fries at Roy Rogers because the backs of their containers were designed to fit snugly onto my belt. Today, I still appreciate how McDonald’s indents its McNuggets boxes with sauce pits, so drivers can enjoy the food quickly, before it becomes inedible.

During the pandemic, fast food’s grease was the lubricant that kept the wheels of American life turning.

We’ve gotten pretty good at eating on the run, alone — and yet fast food is at its best when it’s shared. Laying out large quantities of fried, low-quality foodis a distinctly American tradition. I first remember seeing it depicted in Talladega Nights: The Ballad of Ricky Bobby (2006), but the practice stretches back much further than that. I myself recall how, on the day the D.C. Sniper was arrested in 2002, my kindergarten held a celebratory meal replete with buckets of chicken from KFC and pepperoni pizzas from Domino’s.

But for most people, the fast food feast is synonymous with Trump, who perfected the art during the 2019 government shutdown. Trump’s fast food feast is one of his most famous acts. Here he stood, dressed to the nines and beaming, as a pile of more than three hundred McDonald’s, Wendy’s, and Burger King sandwiches and fries congealed before him. And his guests, the Clemson football team, were just as delighted.

No one could have known it at the time, but a portion of the feast came from a McDonald’s on the site of the most famous restaurant in D.C. history: Sans Souci, from which we got the term “power lunch” — and where many of the people indicted in Watergate conducted their off-the-record business.

At its height, Sans Souci was much like D.C.’s current power-lunch hotspot, The Palm, a place to see and be seen. Of course, we’re not allowed to do that in a post-corona world. Better to be like Wendy’s or McDonald’s or Burger King. Grab it and go.

“I like it all,” Trump said of his feast. “It’s all good stuff. Great American food.”

Nic Rowan covers religion and politics for the Washington Examiner.