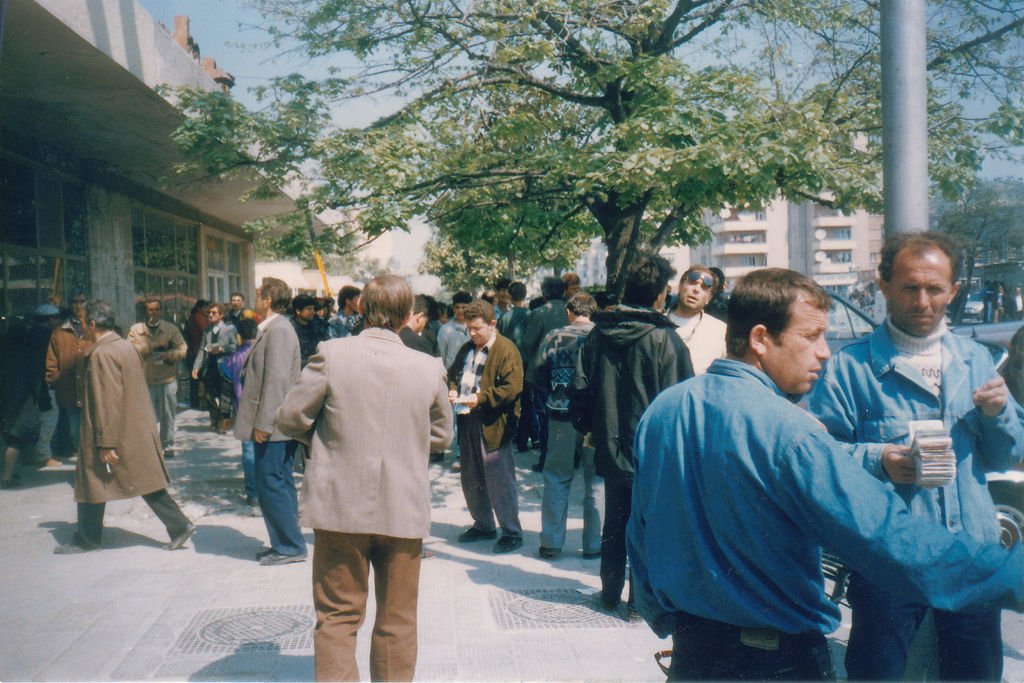 You heard it here first: Banks could become the next video stores or blacksmith shops.

They are large, often immobile businesses that move slowly to adapt and have survived to this point thanks to a significant degree of help from government regulators.

As such, they have retreated into two corners of the financial services sector — large institutional loans and checking accounts. In most every other area — from car loans to consumer loans, even to loans to keep businesses afloat — the action is elsewhere.

With the most anti-regulatory president in our lifetimes in office, that strategy may not hold much longer. Already, there are numerous competitors sprouting up to offer many of the services banks offer without the bureaucracy and lead times of banks.

Short-term financing for businesses is an example. Larger companies can work through banks, but smaller businesses — which still account for 99 percent of businesses and nearly half of all private-sector employees — often cannot survive the time lags or collateral requirements associated with larger banks.

A bank could be months approving a loan; merchant cash firms, such as Kabbage, OnDeck, Fundbox and others, can meet the demand within hours.

In many cases, there is no loan at all but rather a merchant cash advance, in which the provider puts up money for a short-term business need in exchange for future accounts receivable.

This is the Uber and Airbnb of finance. It is quick and customer-centric. It travels light, takes risks, charges with that in mind, and provides customers alternatives to more established means of finance.

Not surprisingly, the swamp has grown concerned. Banks have friends in the regulatory realm. The Small Business Administration has friends who want to keep it relevant. State governments see all this free-flowing wheeling and dealing and see opportunities for either taxes or regulations.

California, of course, went first with a proposal to require nonbank small business lenders to estimate the “annualized cost of capital” in an attempt to prove the companies are gouging their customers.

The Commercial Finance Coalition — a new group of these financiers that includes Bizlender, CFG Merchant Solutions, Yellowstone Capital and others, formed to create standards for deploying capital to small and mid-sized businesses and to fight threatening legislation — has stepped forward to oppose the legislation.

Banks and other traditional lenders work with their friends in government to try to ensure all capital institutions follow the same rules for approving financing because these rules favor them. The willingness of others to take on more risk for more repayment is seen not as a complimentary product in the market but as a threat.

Yet, the potential is enormous. Small businesses, particularly in the tech sector, those whose businesses are cyclical in nature — think shops, restaurants, and entertainment facilities in beach communities — and businesses in newer sectors have benefitted from these new loan products.

But these are not fixed-payment loans or even loans at all in the legal sense. They are closer to temporary debt-for-equity swaps, where cash is provided and repayment comes in the form of future revenues.

The regulators’ complaints are similar to those they wage against payday lenders in the consumer sector. They worry over the risks of loans not being repaid, endless debt traps devouring income for years, and what they deem exorbitant lending costs.

But, as is the case with consumer loans, these arrangements, which have been around for only about 10 years, bring opportunities to access credit to businesses that otherwise would not have them and that may not survive without them.

The industry has reached the point where it will either be regulated by government or commit itself to best practices and sound principles, and the Commercial Finance Coalition is attempting to organize the latter.

“The small business finance companies of the CFC primarily offer Merchant Cash Advance factoring products,” the organization wrote on its website. “This innovative method allows small businesses to access funds for a seasonal inventory surge or to replace an unexpected major equipment failure, for example. Our members provide financing between $10,000 and $500,000 to approved small businesses.”

What constitutes an approved small business? One that has been in business for some time, shows promise for growth and has a plan that ensures stability.

Regulators in California and elsewhere hope to move in before that can take root. If the industry is to grow, if it is to serve an ever-widening circle of entrepreneurs with quick-access, low-risk cash when they need it both, it is important the regulators don’t win.