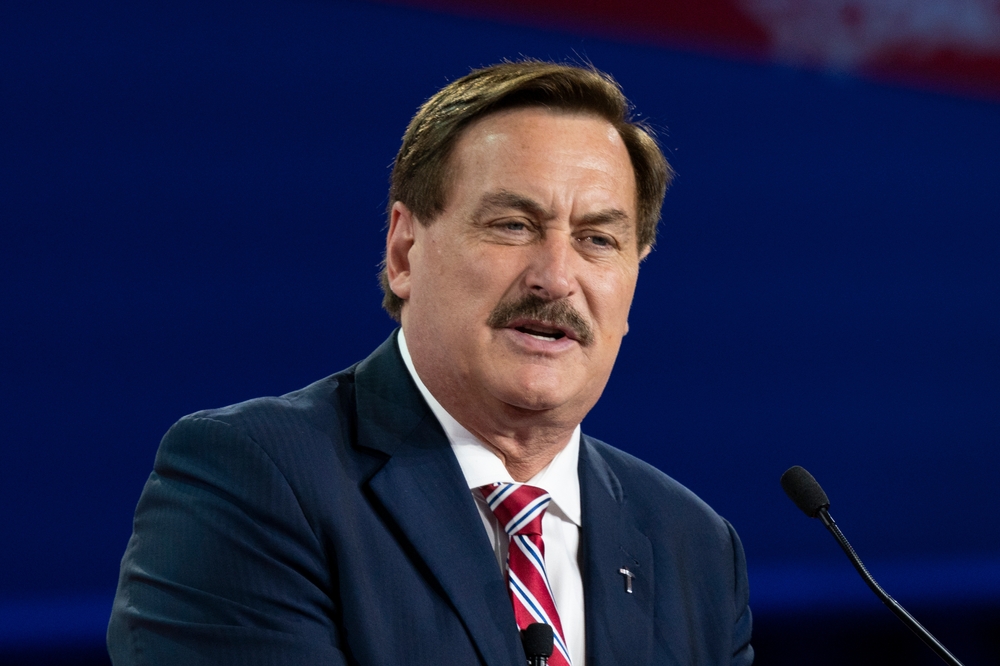 This week we learned that the FBI swooped down on a Hardee’s in Minnesota, blocking the car of a notable customer: MyPillow founder and CEO Mike Lindell. And demanding he turn his phone over to them.

Just as they did with another prominent supporter of former President Donald Trump — Pennsylvania Republican Rep. Scott Perry.

All this because Lindell has expressed his doubts about the integrity of the 2020 election. Doubts that he has with reason.

By way of example of a seriously good reason to doubt the election integrity of the 2020 election is this recent headline in the New York Post:

The very first sentence reports this:

Facebook suppressed The Post’s blockbuster revelation of Hunter Biden’s infamous laptop in response to a vague FBI warning about possible “Russian propaganda” tied to the 2020 presidential election, according to founder Mark Zuckerberg.

Then, of course, let’s not forget this story from October 2020 as the presidential election was careening down the tracks to its end. The headline at the Federalist:

Then there was this from Election Central in March 2022:

As now pointed out by the Post Millenial [sic], polling showed that almost 20% of Biden voters, or nearly 1 in 5, would not have voted for [President] Joe Biden had they known about the corruption his son, Hunter Biden, was involved in and Joe’s possible role in it…. That’s a seismic number of votes that could have undoubtedly shifted the election in Donald Trump’s favor had companies like Facebook and Twitter not decided to ban the original New York Post article about the Hunter Biden laptop from being shared.

And Lindell is right to question all of this.

But even if he were wrong, Lindell has every right as an American citizen to express his opinion.

To borrow from The Wizard of Oz? Toto, we’re not in America anymore.

What Americans are beginning to realize is that Biden is using the FBI and the Department of Justice to criminalize politics and his political opponents.

Here is but one headline from the New York Times just this week:

It also seized the phones of two top Trump advisers, a sign of an escalating investigation two months before the midterm elections.

Add into this the FBI’s swooping down to abscond with the phones of Lindell and Perry or the bureau’s launching a Stasi-style raid on Trump’s Mar-a-Lago estate, and what is evident — abundantly evident — is that the Biden Justice Department and FBI are seriously politicized and are using their power to criminalize political dissent coming from Biden’s opponents.

And as usual, Biden is projecting onto Trump’s Make America Great Again — MAGA — supporters what he himself is about. Biden said this in his Philadelphia speech, delivered without a trace of irony in front of the birthplace of the Constitution:

Donald Trump and the MAGA Republicans represent an extremism that threatens the very foundation of our republic….

MAGA Republicans do not respect the Constitution. They do not believe in the rule of law. They do not recognize the will of the people….

They promote authoritarian leaders, and they fan the flames of political violence that are a threat to our personal rights, to the pursuit of justice, to the rule of law, to the very soul of this country.

This from the man who is using the Department of Justice and the FBI to raid the home of his political opponent and, now, to swoop down on private citizen Lindell and other Trump supporters to confiscate their phones.

For those who came in late, the Stasi was the secret police of communist East Germany. As noted here:

The activity of spying on, intimidating and imprisoning their own citizens is something that had been practiced by all Communist governments, including the Soviet Union, its Warsaw Pact allies, Communist China, and Cuba—which received help from the Stasi in setting up its own secret police. More recently it has been done in Venezuela. This is not something that just happens to be done; it is part and parcel of Communist totalitarianism that it cannot tolerate dissent and has to seek out and expunge it, no matter what the cost is to the human rights of their citizens.

Dangerously, the Biden administration is an exact illustration of a regime that “cannot tolerate dissent and has to seek out and expunge it, no matter what the cost is to the human rights of their citizens.”

Make no mistake. What has now happened to MyPillow’s Mike Lindell — a target of outright fascism — is happening over and over again across America.

And assuming the predictions of a Republican majority after the fall congressional elections come true — let the investigations begin, starting with the raid on Lindell.

With an impeachment of those responsible for this totalitarian nonsense added in.