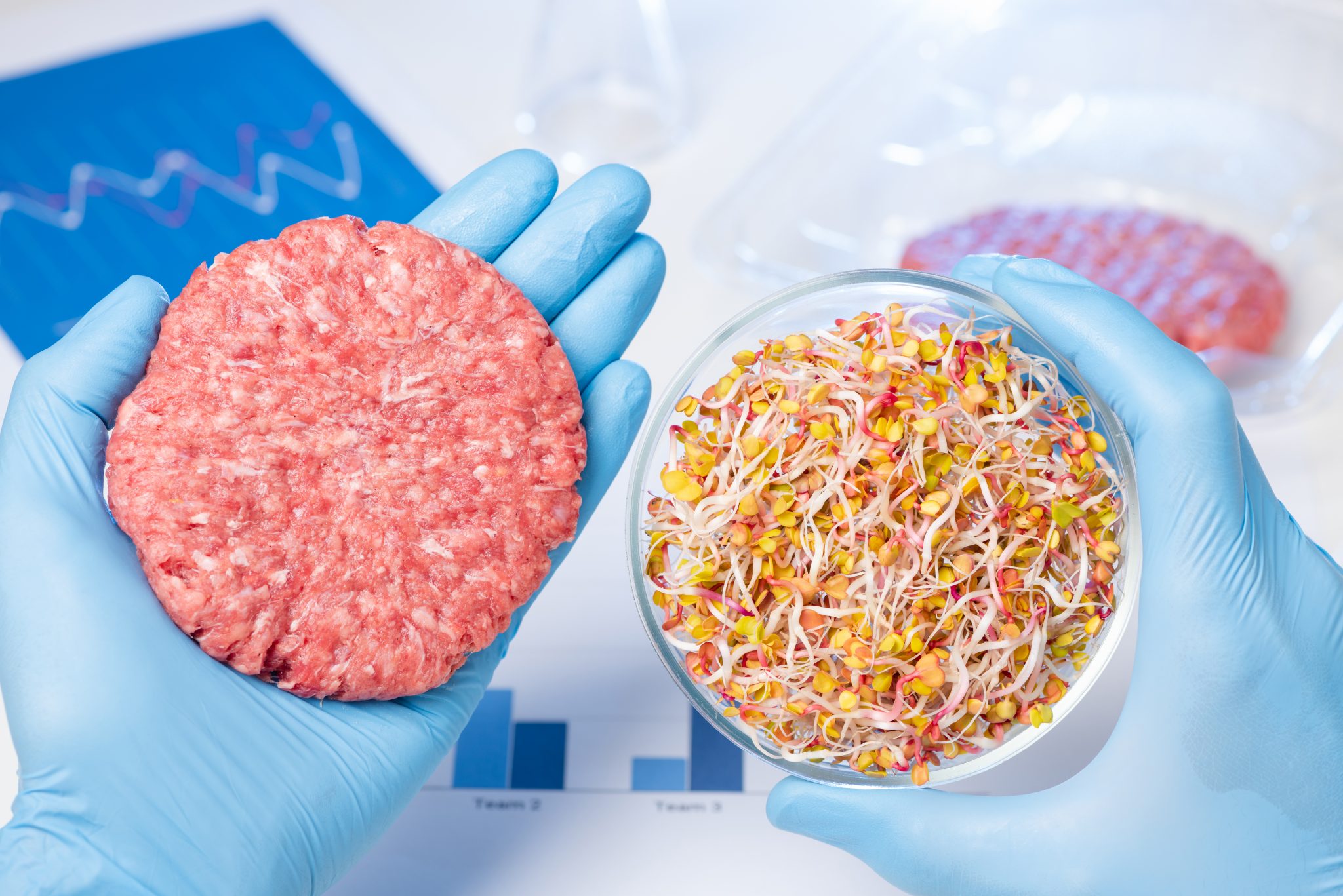 Leaks from a hush-hush lab outside of Omaha were confirmed by this reporter late last week. A hitherto unknown consortium of the American Cattle Association and the Dairy League (ACA/DL) is funding research that would produce artificial vegetables from meat as well as a soy-like milk from real milk.

Building on numerous studies showing that meat eating is going out of fashion in wealthier countries and in upper middle-class households, the ACA/DL plans to woo the growing population of environmentalists and vegans by creating a range of tasty faux vegetables made from meat and meat byproducts. Diners can both eat their fill of meat and signal their virtue to family and friends by pretending that they are consuming veggies.

Although the ACA/DL’s early research has focused on making a range of six common vegetables from beef, the scientists believe that it will be relatively simple to use hogs, chicken, or other fowl as the feedstock for this entire new industry and to create dozens of additional tasty meat-based vegetables. An interview with ACA/DL’s chief scientist, Helmut Tubor, acknowledged that his lab has not yet produced any fish-based vegetables, but such a breakthrough is expected by late 2021.

The goal of ACA/DL is to offer an entirely well-balanced meal consisting of a meat entreé, offerings of three different meat-based vegetables, and a glass of dairy-based soy milk. No citizen in the United States should be compelled to eat the often tasteless food that comes from unsanitary soil, said Dr. Tubor, recalling endless exhortations from his parents to “eat your vegetables.”

This reporter also confirmed that the ACA/DL has already copyrighted several names for meat-based vegetables, such as the almost-artichoke, Angus-corn, so-called carrots, ersatz-eggplant, faux-tato, and mock-choy. The new meat-based veggies will be generally categorized as “Meatables.”

Part of the ACA/DL campaign will be a high-priced public relations initiative to question the virtues of vegetables and get people to think twice before they buy veggies or order them in a restaurant.

Some of the slogans that may be used include: “Why eat food that grows in dirt?,” “Muscles need meat,” “Meat more than ever,” and “The Neanderthals were on to something.”

Opponents of the meat-based veggies are crying foul. Asked for a comment on the development of meat-based vegetables, a National Vegetable Board spokesperson said that meat-based or manufactured vegetables were unnatural, freakish, bizarre, ecologically twisted, and possibly blasphemous. No product except ground-based or hydroponic food should be called a vegetable or even allowed to use the letter V in its name. Ominously she said, “We’ll see you in court.”

Dr. Fay affirms that he has no financial stake in the ACA/DL. He is an omnivore.

James S. Fay is an attorney and a retired college administrator. He is the former editor of the California Almanac. He has published articles on law, politics, and public policy. His articles have appeared in law reviews and publications such as the Wall Street Journal and the Los Angeles Times.