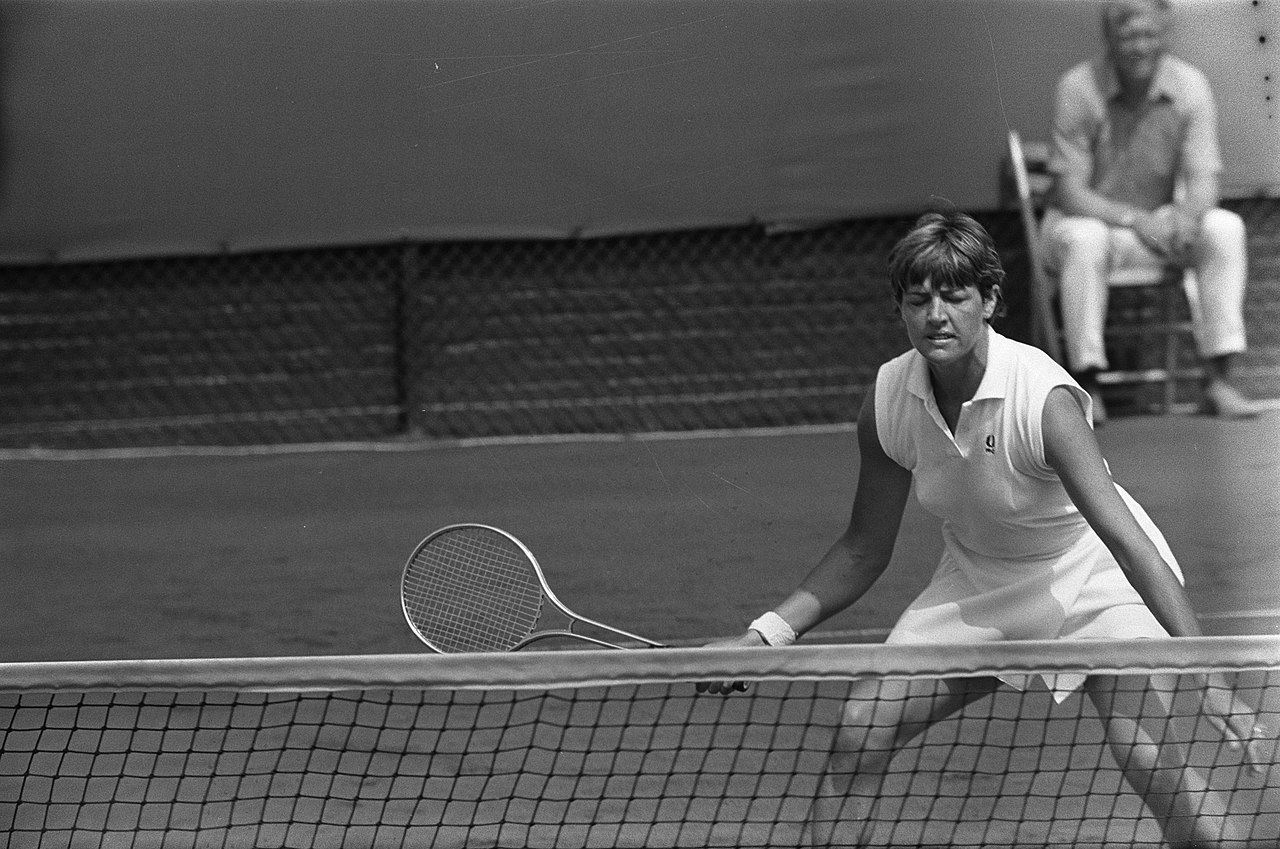 There was a moment after the first set tiebreak when you could be forgiven for thinking the tall Russian could rally and pull through. Ranked no. 1 worldwide, though barred from the previous major at Wimbledon due to wartime hysteria, he appeared in the second set to be gaining strength as his opponent flagged.

Resilient like an athletic Mikhail Kutuzov — I have always objected to military allusions in sports but what else are exceptions for? — Daniil Medvedev, stands six and half feet and has the profile of a string bean. He is tough and strong if you see him up close, and he kept going with the machine-like baseline backhand, the missiles (there I go again) into the corners. And he sprints like, what else, a sprinter and catches the other boy’s gorgeous drop shots, fires them back.

As it happens, that was no boy on the other side. Nick Kyrgios, 27 to Medvedev’s 26, is blooming later than his rival, but this has been his redemption summer. In the third set he showed that first set was no fluke, and then ran away with the fourth.

It was one of the best sets played in Arthur Ashe Stadium in this attendance-breaking edition of the U.S. Open, going either way absolutely to the last shot of a tiebreak that itself went into extra points.

Medvedev got the first opportunity to convert a minibreak, then he got another, and then one more. Each time Kyrgios found a way out, then it was his turn, and his third chance was the good one. Medvedev had saved a set point with a risk-defying passing groundstroke to which Kyrgios reacted with a racquet throwing tantrum. Rather than linger on it, at 11-11 he returned Medvedev’s serve with a beautiful soft-hands drop shot that the Russian could not catch. At 12-11 and set point again, he shot a serve-plus-one down the line with the ice in the veins that takes you to the win.

That is this summer’s edition of Nick Kyrgios. Control your explosion and direct it to your racquet. Bring your confidence into the competition: coaches repeat this, players repeat this, but it is a much harder job than many realize. (READ MORE on Nick Kyrgios: Nick Kyrgios, Winner at the Citi Open, Shows Heart)

It is surprising, though it really should not be in these times, that sports reporters rarely look at the faith dimension of the players they cover. David Foster Wallace wrote a small classic, “Roger Federer as a Religious Experience,” a study by a very fine player of an incomparably more fine one; the thesis at its core was that to fully appreciate a masterpiece you need a religious sense.

The religious sense of the players themselves is another matter, of course, and writers are understandably prudent in approaching it. After all, what business is it of theirs what players believe?

Kyrgios referred to “dark spaces” that he had to pull himself out of, and wears a cryptic tattoo on his leg, “give a man a mas, he will become his true self.” Mas? As in club? Or was it mask? Players from the former bloc not infrequently cross themselves at the conclusion of matches. J. J. Wolf and Alexander Zverev, among many, wear cross pendants. Rafa Nadal, as explained by our resident Spaniard Itxu Diaz, is deeply Catholic. Serena Williams is a Jehovah’s Witness.

This is not news; the Washington Post, among others, reported on it some years ago, as a curiosity that, surely, appears to have been important to Miss Williams (and her sister and mother), but otherwise is a bit oddball. Serena is not demonstrative about it, but nor has she been reticent about her religion, which figures in Will Smith’s biopic about her family, King Richard. She writes in a Vogue magazine farewell-to-all-that essay, ” I want to teach her [daughter] how to tie her shoes, how to read, where babies come from, and about God. Just like my mom taught me.” The piece, while somewhat self-centered, is a conservative statement, notably on faith and parenthood. This has always been known, but it is not fashionable. (READ STILL MORE: Williams family values)

But if religion is not of much interest to many reporters, in the case of Serena and Venus Williams there is a this-is-part-of-who-they-are sort of respect. Such politeness does not extend to Margaret Court, the Australian living legend whose record 24 major singles titles Serena Williams said she hoped to attain. Mrs. Court’s faith, rather, has made her a non-person.

Could it be because she is an evangelical Christian who frowns openly on others’ sinfulness, as she sees it, not with the aim of punishing or persecuting them but simply because she feels she must bear witness to what she believes?

In her 80s, she is still a hard-working pastor with parochial and charitable work to wear out a much younger minister. Her beliefs include disapproval of the current gender fashions, and she does not hide her disapproval of, for example, intra-gender marriage. There was a move to cancel her, remove her name from the stadium at Melbourne Park, but it appears to have fizzled.

It is another story, of course, but there is something perverse about the whole anti-faith attitude, given the experiences of this century and the one preceding. Faith, however, is a strong, oft-overlooked, factor is sports.

Serena’s match against Miss Tomljanovic had moments that showed her at her best. You had to admire her spirit when she won the second set tiebreak against a steady, consistent player 15 years her junior and came back from the brink five times in the decider before netting a baseline forehand. Young Miss Ajla, too, was admirable. It must have taken nerves of steel — faith-induced nerves, Serena nerves — to stay focused with 25,000 people cheering the other side and hissing you. Not to mention the scandal of regicide.

Serena — it goes against the TAS manual of style to call a lady by her first name, but she has the sort of stature for which exceptions exist — was quite open about disliking retirement; she avoided the word in her farewell. In her faith and fighting spirit, she knows, surely, to find the balance between disappointment and resignation. She has a full plate before her, family, businesses, and then too, as she herself said, “You never know, and I love Australia…” and as Louis Armstrong put it — the court next to Ashe is named for him — “love is here to stay.”

Which is a confession of faith.