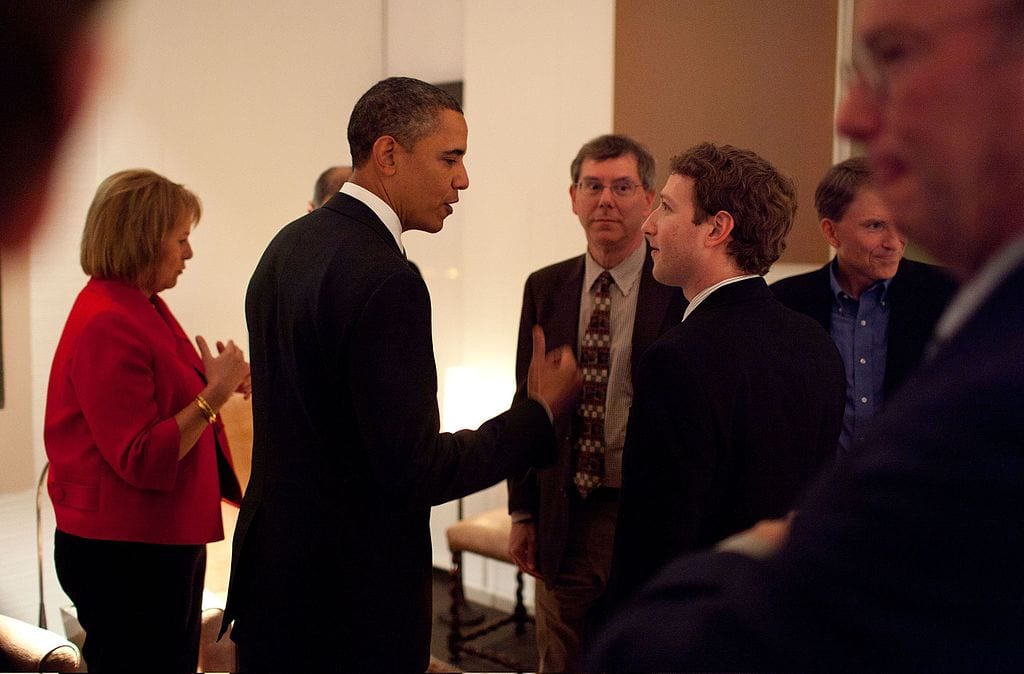 In fact, Zuckerberg isn’t even sure he likes his own website. Facebook really is bad, after all. Amazingly bad. I mean, come on, it lets icky foreigners influence our elections! This is terrible! Someone should do something! Someone should regulate horrible people like Zuckerberg and their horrible websites, and he has every intention of making sure Congress knows how much he supports being held in check for doing such horrible things. Why, if he’d known his site would be used to steal peoples’ data and use it to rig elections, why, he’d have been positively furious, I say! Furious! He is shocked, shocked, to find that data theft is going on in here.

To people who don’t pay attention, perhaps Zuckerberg’s extended mea culpas will be enough to restore trust in Facebook and, potentially, to restore the billions of dollars that Zuckerberg himself has lost from the company’s tumbling stock prices. Perhaps, but I doubt it. Because, if you hold Zuckerberg’s self-defenses up to even the most modest scrutiny, you find that they’re ultimately entirely empty.

For example, Zuckerberg defends Facebook by pointing out that it now plans to verify the location and identity of anyone running political ads on the site. Presumably, this is to enable Facebook to see if any evil Russians, or dodgy political campaign organizations like Cambridge Analytica might be abusing their system. If they did, the thinking goes, surely they’d ban them, right?

Well, maybe. If those people were advertising for the wrong side. But as we know all too well from no less eminent a source than former Obama for America media director Carol Davidsen, Facebook is more than happy to facilitate massive amounts of data mining when the beneficiary is a left-leaning, tech-friendly campaign. Verification of political ad spenders would only enable them to streamline this process — after all, it’s not as though the info required for such verification would be transparent to consumers. Only Facebook staff would see it, and then could presumably come up with any number of reasons to ban political adversaries from the platform, with very little way for those adversaries to respond. Not to mention, if a left-wing campaign wanted to compile an enemies’ list, who’s to say Facebook wouldn’t just turn over all the verified Republican spenders? We already know privacy doesn’t matter to them so much as politics.

But wait! Surely, you might say, Zuckerberg is more serious than this? After all, he and Facebook have both backed an actual law that would regulate their company — namely, the Honest Ads Act, which is intended to subject online ads to the same rules regarding disclosure and transparency that apply to television and radio ads. Wouldn’t that help?

Well, maybe, and maybe not. There are plenty of ways for companies or foreign entities to game that kind of disclosure through shell companies or tiny text or any number of other things. But even if the bill would work, there is another question that is more important — namely, does that bill have any chance of passing a Republican-controlled House and Senate? True, it has attracted tepid Republican support in the House, but the Senate version is co-sponsored by 17 Democrats and… John McCain, who’s both too sick to spend much time in the Senate, and too out of step with the rest of his caucus to really advance legislation. Furthermore, while Zuckerberg claims to favor the bill, his own company’s executives, as well as leaders of Google and Twitter, are much less committed. In other words, even if the bill would help, it’s highly unlikely it’ll go anywhere, and so Zuckerberg’s claim to support it amounts to virtually nothing.

Now granted, Zuckerberg is an easy target to be slammed this way. The man literally felt it necessary to deny being a secret Lizard Person, thus making him one of the only powerful people to feel threatened by an insane conspiracy theory. But Zuckerberg’s haplessness is more than just a funny object of mockery. It is emblematic of the arrogance and disingenuousness of a tech industry that has sold its soul to the Left.

After all, when you translate Zuckerberg’s self-flagellation, it quite arguably comes out to something like, “We have required people who spend money on our ads to identify themselves because we want to make sure only our allies get to abuse our platform. Also, we support regulation, but only when it’s written by those same allies and probably won’t pass, anyway. And we are going to go on acting this way, because we refuse to be governed by people we disagree with, or to even let them have a fair shot at it.”

One only hopes that Congress will see through it, and prove to Zuckerberg and his ilk that the American people are still in charge, not a group of far-off Snowflake Barons hiding their left-wing bias behind algorithms and trending topics.