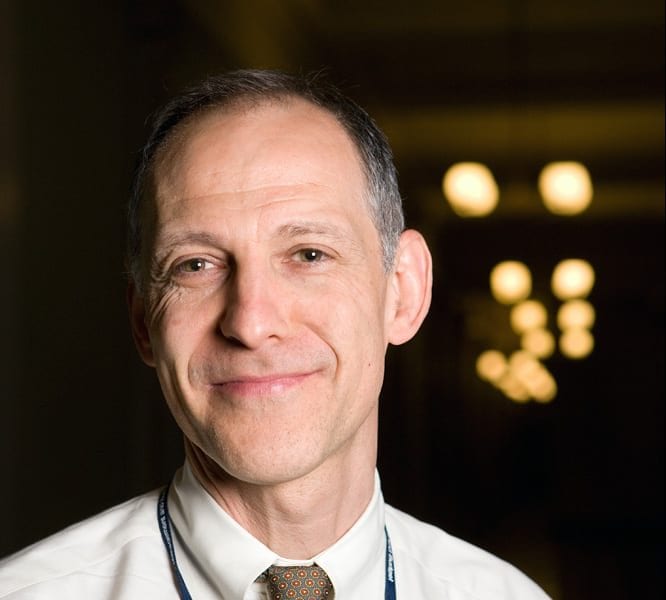 During a February interview that appeared in Penn Today, Dr. Ezekiel Emanuel opined that the risks associated with coronavirus were low. The good doctor had just returned from a conference at the World Health Organization (WHO) where, he said, “most people are thinking that there may be a bit of an overreaction by many, maybe even our own country.” Now, seven weeks later, Emanuel insists that the U.S. must stay locked down for 18 months: “We will not be able to return to normalcy until we find a vaccine.” Why has “Dr. Zeke” executed such a vertigo-inducing volte-face? It certainly has nothing to do with objective data.

In fact, Dr. Emanuel’s bizarre suggestion that the entire country close up shop for a year and a half comes at a time when the fatality projections produced by the University of Washington’s vaunted IHME model have been revised dramatically downward. This model was the source of the 100,000 to 200,000 mortality projection announced by the White House on March 31. Since then, the model’s projections have been revised downward twice to 60,415 total deaths in the United States. In addition, the director of the Centers for Disease Control and Prevention (CDC), Robert Redfield, revealed the following during a Monday radio interview:

What we’re seeing is a large majority of the American public are taking the social distancing recommendations to heart. And I think that’s the direct consequence of why you’re seeing the numbers are going to be much, much, much, much lower than would have been predicted by the models.

That positive message was echoed by Surgeon General Jerome Adams, who said in an interview that he expected the U.S. death toll to be far less than previously projected:

That’s absolutely my expectation, and I feel a lot more optimistic, again, because I’m seeing mitigation work. It’s going to be a hard and a tough week, but the American people have the power to change the trajectory of this epidemic if we come together like we have after past tragedies in this country.

Dr. Emanuel is clearly out of step with the people who are actually tasked with controlling the spread of COVID-19. He is, of course, the most prominent member of former Vice President Joe Biden’s “Public Health Advisory Committee,” and this presumably explains why he reversed his opinion on the pandemic. The erstwhile VP, who is running for president from his basement, has adopted a strategy of criticizing the Trump administration’s response to the coronavirus. Perhaps Dr. Emanuel’s insistence on an 18-month lockdown is the Biden campaign’s response to Trump’s clear desire to send America back to work.

The good doctor’s advisory position with the Biden campaign certainly provided the inspiration for his recent opinion piece in the New York Times wherein he declared that we had only “seven to 14 days” to win this war. Opening with the claim that “America is losing the war against Covid-19,” Dr. Zeke reminds us that “models from Imperial College London and others suggest that up to 2.2 million Americans could die.” Never mind that every epidemiologist worthy of the name has abandoned that extravagant projection. He then launched an attack on Trump that reads less like a public health strategy than a campaign talking point:

The federal Centers for Disease Control and Prevention, the Food and Drug Administration and other agencies failed to roll out testing quickly enough … If the delay resulted from a technical error, as Dr. Anthony Fauci, the director of the National Institute of Allergy and Infectious Diseases, has suggested, it is important to assign blame only so that we can learn from these failures immediately.

According to Dr. Emanuel, then, the assignment of blame is a useful allocation of time and resources during a national crisis that must be resolved within seven to 14 days. Why is it difficult to imagine that he is referring to the Strategic National Stockpile — America’s reserve of medical equipment for use during emergencies — that was emptied during former President Obama’s first year in office and never replenished during the following seven years? According to the Washington Post, President Trump’s predecessor distributed 85 million N95 respirators from that stockpile during the H1N1 pandemic and never replaced them.

Here are some inconvenient facts for Dr. Emanuel: President Trump restricted travel to the U.S. by foreign nationals from China three weeks before his Penn Today interview — in which Dr. Zeke downplayed that country’s role in spreading the pandemic: “If you look at the numbers dispassionately, there are just over 1,000 cases outside of China. Half of them are on that cruise ship in Japan.” Dr. Emanuel is a professor at the Perelman School of Medicine and the Wharton School at the University of Pennsylvania. He is best known for his advocacy of health-care rationing to seniors. Not coincidentally, coronavirus preys on the elderly.

Emanuel concluded his Penn Today interview by warning against xenophobia concerning China. He also boasted, “There hasn’t even been a case in the entire state of Pennsylvania.” Since then, there have been more than 16,000 COVID-19 cases and 310 fatalities in the Keystone State. Nonetheless, he happily parrots the Chinese propaganda promulgated by WHO. Moreover, he was clearly far behind the curve on how deadly the epidemic would become. In February, he claimed COVID-19 was no big deal. Now, he says we must lock down the nation for 18 months. To which of this man’s multiple personalities should we listen?