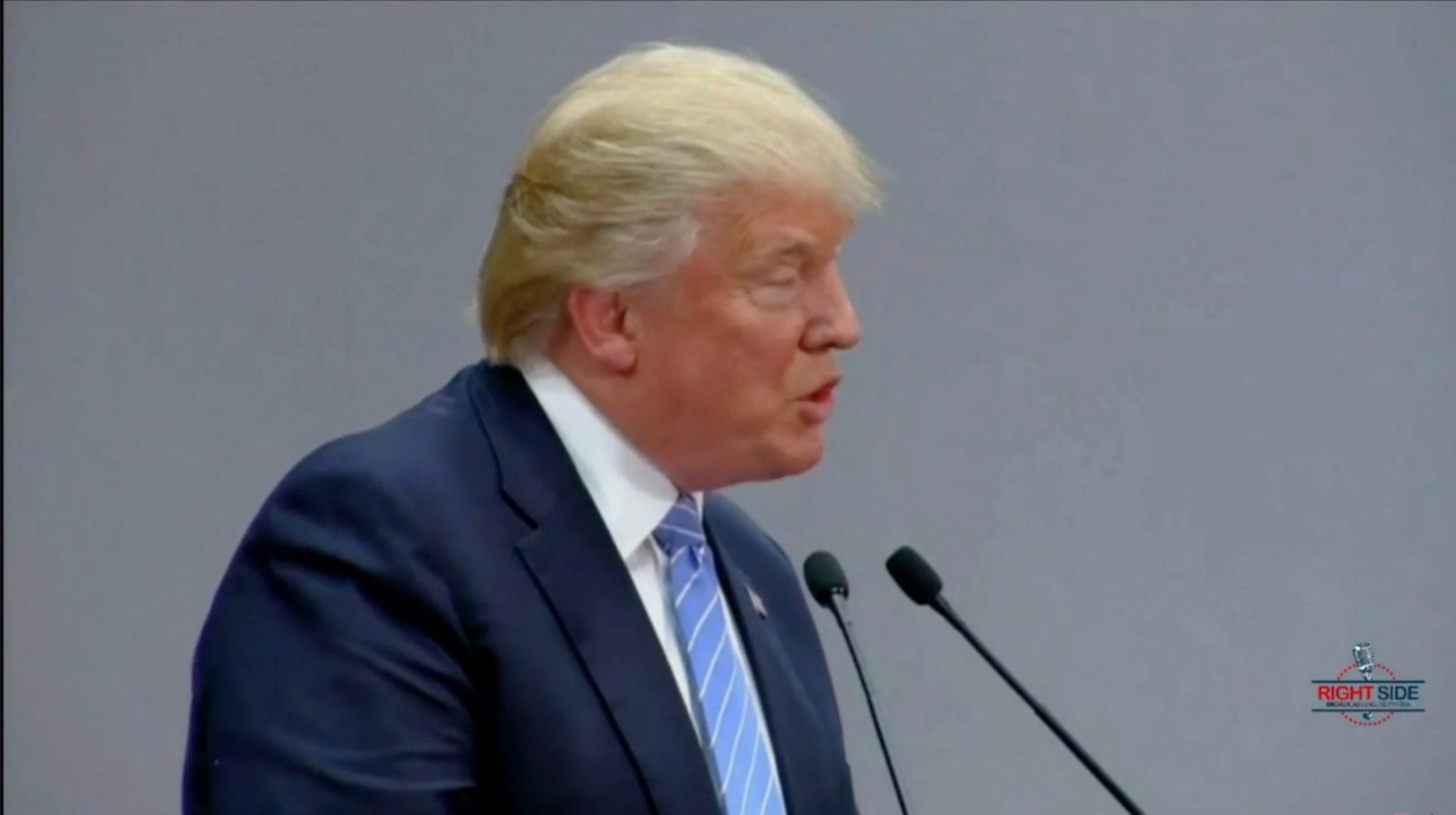 Say goodbye to NAFTA and hello to USCMA.

The U.S. and Canada announced on Sunday night, hours before a Sept. 30 deadline to notify Congress, that they had reached a trade agreement. This comes weeks after the U.S. and Mexico had come to new terms.

But the new trade agreement won’t be called the North America Free Trade Agreement, which has become a dirty phrase for President Trump. Instead he has named the new deal the U.S.-Mexico-Canada agreement, or USMCA for short.

“USMCA will give our workers, farmers, ranchers and businesses a high-standard trade agreement that will result in freer markets, fairer trade and robust economic growth in our region,” they said. “It will strengthen the middle class, and create good, well-paying jobs and new opportunities for the nearly half billion people who call North America home.”

Automotive manufacturing plays a key role in the agreement, which requires that 75 percent of vehicles (versus 62.5 percent under NAFTA) be made in North America to avoid tariffs. Automotive workers must be paid at least $16 an hour and more domestic materials from North America must be used to build the vehicles.

Peter Navarro, a White House trade adviser, told the Washington Post a main objective of the deal use to encourage more use of domestic suppliers by American companies.

Trump administration officials said the treaty boosts intellectual property protections, increases access to Canadian dairy markets, and broadens labor rights. The deal will also be reviewed every six years (NAFTA has been in place since 1994).

Both Canada and Mexico pulled back from initial positions on many aspects of the deal, officials said.

An administration official told Politico that Canada would get rid of a milk-ingredient pricing programs that U.S. farmers have said decreased demand for their products. In return, Canada gets to preserve dispute language that allows an international panel to judge the fairness of American tariffs, the outlet reported.

In a Monday morning press conference in the Rose Garden, Trump called the day “historic.”

“Throughout the campaign I promised to renegotiate NAFTA and today we have kept that promise,” Trump said. “It will transform North America back into a manufacturing powerhouse.”

Trump has blamed NAFTA for shifting millions of manufacturing jobs out of the U.S. and causing trade deficits with Mexico.

The Trump administration informed Congress at the end of August of its plan to sign a new pact with Mexico, allowing the U.S. to add Canada later. The administration needed to add a draft of the agreement with Canada by the end of Sunday to meet a deadline.

Congressional approval could be less than certain if Democrats take control of the House in the midterm elections.

“In theory there should be no trouble, but anything you submit to Congress is trouble no matter what,” Trump said. “They’ll say Trump likes it, and therefore we won’t approve it.”

House Majority Whip Steve Scalise (R-La.) represented many Republicans who were boosters of the plan Monday. Most were fans of NAFTA and happy to see a trade deal reached.

“While many in Washington claimed it could not be done, President Trump worked tirelessly to bring Canada to the table and negotiate a new trade deal that is better for American workers and consumers,” Scalise said.

Sen. Orrin Hatch (R-Utah), chairman of the Senate Finance Committee, said a new deal with Canada and Mexico was important in maintaining the positive economic momentum that has taken place in the U.S. since Trump took office.

“Maintaining a trilateral North American deal is an important prerequisite to preserving and extending those gains and the Trump administration has achieved that goal,” Hatch said. “I look forward to reviewing this deal to confirm it meets the high standards of Trade Promotion Authority.”

The deal doesn’t mean tariff peace around the world, however. Trump said Monday the steel and aluminum duties against Canada, Mexico, and the European Union will remain in place, and the plan to impose maximum tariffs on China will go on as scheduled.

“We’ll see what happens with China,” the president said. “We don’t have a deal with China. There is no deal. They do whatever they want.”