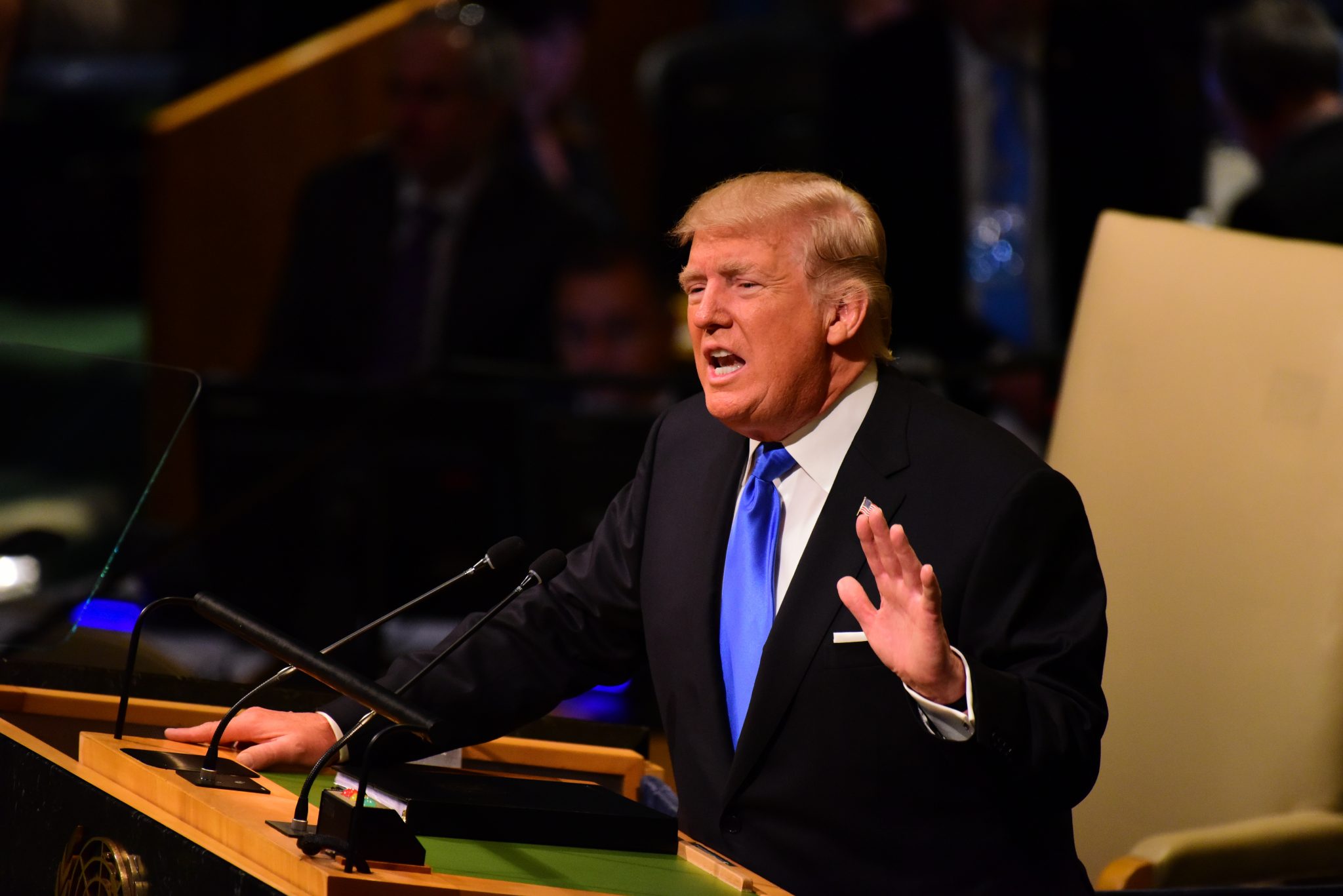 Those of us who have attended law school spent a full academic year taking an Evidence course. We discovered, to our surprise, real-life examples as to how law actually operates. Among these:

The three speakers at Nov. 19’s press conference — Rudy Giuliani, Sidney Powell, and Jenna Ellis, all former prosecutors with ample trial experience — tried to explain that affidavits (memorialized statements made by eyewitnesses and experts who swear to their contents under penalty of perjury) are evidence; that documents are evidence; that audit trails can show how software flipped hundreds of thousands of votes; and that avalanches of unsigned mail-in ballots with machine-perfect identical markings, without a single vote for Trump, and not a single vote for down-ballot federal or state candidates, are essentially zero-probability events. Yet the press jackals unleashed withering scorn disguised as questions — a tactic even Gov. Cuomo now publicly deplores — that ignored those apt legal lessons.

Fundamental to the cases in the courts is what exactly is evidence, and what standard of proof must be applied. Let’s turn to Black’s Law Dictionary. (For convenience, I am copying from my print 10th edition, rather than do cut and paste and reformatting — the definitions and concepts I am referring to are standard, long-established formulations.)

Evidence can be defined as “something (including testimony, documents, tangible objects) that tends to prove or disprove the existence of an alleged fact.” Direct evidence “is based on personal knowledge or observation and that, if true, proves a fact without inference or presumption.” Indirect evidence — circumstantial evidence — is “based on inference, and not personal knowledge or observation.” (Included in the latter category is hearsay evidence, but as students at law school spend months studying the rule and its myriad exceptions, I will show mercy to my readers and skip the details.)

Proof is “evidence that determines the judgment of a court.” There are three basic standards of proof:

When judges or juries find facts, they need not find direct evidence to reach a verdict in civil or criminal cases. Consider the highly publicized 2004 murder trial of Scott Peterson. He was convicted by a jury, despite the absence of eyewitnesses, a murder weapon, or, for that matter, a corpse.

Let us factor in one final evidentiary concept: the legal doctrine of res ipsa loquitur — literally translated as “the thing for itself speaks.” Used in tort (civil wrong) cases involving alleged negligence by the defendant, it is applied to accidents that (a) do not ordinarily occur except via defendant’s negligence, (b) as to instrumentalities under defendant’s management and control, and (c) defendant possesses superior knowledge and information about the cause of the occurrence. Think of a car that at high speed skids off a deserted road and crashes into an unmanned water tower. Unless defendant can come up with a plausible explanation, the inference of negligent vehicular operation will likely be resolved against the driver.

In 2016, a fortnight before the election, the Congressional Research Service (CRS) issued a report, Legal Processes for Contesting the Result of a Presidential Election. CRS looked at a sample of federal and state cases.

State standards vary. The CRS study states that in addition to the civil case burden of proof, statutes generally require the challenger “to show that any fraud or irregularity proven was to such an extent that it would actually have changed the result of an election, or rendered the outcome reasonably uncertain.” Thus, actual result alteration is not always required, if the outcome is “reasonably uncertain.”

That said, the CRS study notes that as to certification of the election results in House and Senate races, both houses apply a “but for” standard, under which the contestant must prove that but for the errors or misconduct the election result would have been different. There is no reason to believe that this will be different than the rule Congress would apply in certifying the winner of the presidential contest.

My evidence professor in law school — whose formidable reputation was that he had never lost a case at trial — did tell us that courts generally reject statistical evidence and favor of empirical evidence. Suppose a robber enters a store at precisely 3:14 on a Wednesday afternoon, taking exactly $128.15, wearing various garments of particular style and different color. What are the odds that on that precise moment on such-and-such a date, a robber wearing the enumerated apparel would rob that particular store?

Calculating the compound probability of all those things happening being true means multiplying 100 percent certainty by serial fractional percentages. The result easily, given enough variables, would make it an astronomically improbable event. But this is mathematical sleight of hand. The law provides that if one or more eyewitnesses identify the robber — or today, with security cameras ubiquitous — video captures the event, then empirical evidence proves a basis for jury or judge to conclude that the robbery did in fact transpire.

But in certain contexts courts do accept evidence of statistical improbability or impossibility. Elections are one area. If, for example, 100,000 votes come in with all for one candidate in a county where both candidates have been getting significant numbers of votes, this would fit the bill. Top Beltway lawyers Joe diGenova and Victoria Toensing said in a radio interview (3:25, clip starts at 2:16) that statistical evidence will help prove Team Trump’s case.

To see how this works, take the classic coin-flip example. The odds of flipping a coin are 50-50 between coming up heads or tails. The probability of heads is P(H) and ditto for tails P(T). Each is 0.5. Compound probability is calculated (as noted above) by multiplying the individual independent events. Thus, getting two heads or two tails in a row is 0.5 x 0.5 = 0.25.

Now, apply this formula to one segment of the 2020 election tally. Biden beat Trump by at least a 2-to-1 margin in Wayne County, Michigan, which includes Detroit. Let’s round up to 70-30 for ease of notation. If 100,000 ballots came in, in a single dump, all for Biden, then the compound probability that all really went to Joe is 0.7 x 0.7 — multiplied 100,000 times. Talk about small numbers. Jurors might differ on the percentage — none is specified in law — required to reach the “moral certainty” (see above) of proof beyond a reasonable doubt. Some might seek 99 percent, others 99.9 percent; others might settle for 90 or 95 percent. With the 100,000 ballot example here, we are countless decimal places beyond even 99.9 percent.

Moving to the full evidentiary picture, broadly speaking, the evidence being assembled by Team Trump — which I will assess in detail in a follow-on article next week, after more legal proceedings transpire — falls into several categories:

Local atmospheric evidence establishes malign adversarial motivation and lays the foundation for interpreting other forms of evidence. Tangible evidence facilitates specific disqualification of erroneous or fraudulent ballots. Nationwide intangible items are generic — the identical fraud was perpetrated in multiple jurisdictions — especially, in battleground states. From the sum of these types of evidence comes a set of circumstances that collectively point to a conspiracy to steal elections in key states — in sum, sufficient to flip the presidential race from Donald Trump to Joe Biden.

The worst obstacle, however, is practical: the hyper-compressed time frame that exists for president and vice president election precludes extended consideration. We have a calendar disjunction between the schedule mandated by Congress and the Constitution and the tortoise-like pace at which litigation normally proceeds.

Bottom Line. Evidence is not proof; it is the foundation upon which final proof rests. Direct evidence of fraud is hard to come by; most evidence will be circumstantial. But “smoking gun” talk is arrant nonsense. Finding such evidence is rare — and not necessary in American courts. The chief obstacle to prevailing in a presidential challenge is the practical task of gathering sufficient evidence in a matter of weeks and then convincing courts or legislatures who review the contest that such evidence suffices to cross a threshold justifying reversal of an election outcome. Journalists and other ill-informed observers who traffic in wildly inaccurate statements about legal matters neither serve the voting public nor their professional reputation.