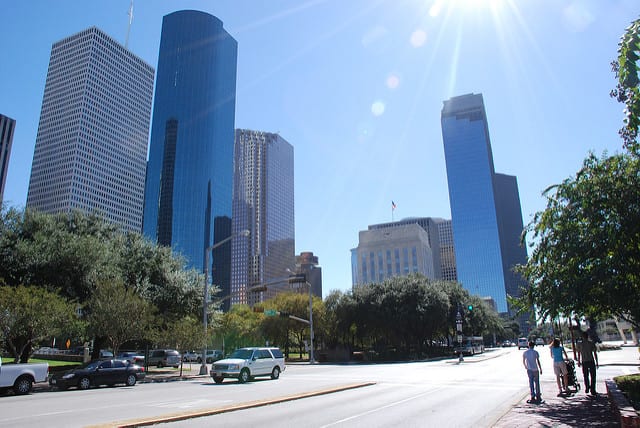 With the announcement that the 2026 World Cup will take place across North America, city governments across the United States are licking their chops at the prospect of taxpayer dollars pouring in for infrastructure improvements.

The Houston Chronicle gleefully proclaimed recently that “the World Cup promises a spending spree much like the Super Bowls of 2004 and 2017,” which saw officials designate money for projects like light rail and downtown beautification.

Houston officials are already gearing up for more of the same in coming years.

Troi Taylor, a member of the board of directors of the Metropolitan Transit Authority of Harris County, said, “I am thinking that would require additional light rail” during a discussion earlier this year about the likely influx of visitors.

Houston won’t know for another two or three years if it is picked to host World Cup matches. Up to eight American cities may each host five or six matches over the month-long tournament. Cities in Canada and Mexico will also host matches among the 48 teams that qualify for the event in a newly expanded format.

Spending among countries chosen to host the World Cup is notorious. Brazil chose to forgo any spending accountability and its tab rose to more than $15 billion when it hosted the World Cup in 2014, two years before it hosted the Summer Olympics in Rio – which really set off a nationwide spending bonanza.

Russia’s costs to host this year’s World Cup that kicked off last week are an estimated $11 million, but Russian officials warn that doesn’t include all infrastructure spending. Even Russian President Vladimir Putin has decried the costs, saying recently that “all the facilities need to be able to cover the costs” in reference to the estimated $3.2 million to $6.4 million it will cost to maintain the stadiums built for the World Cup.