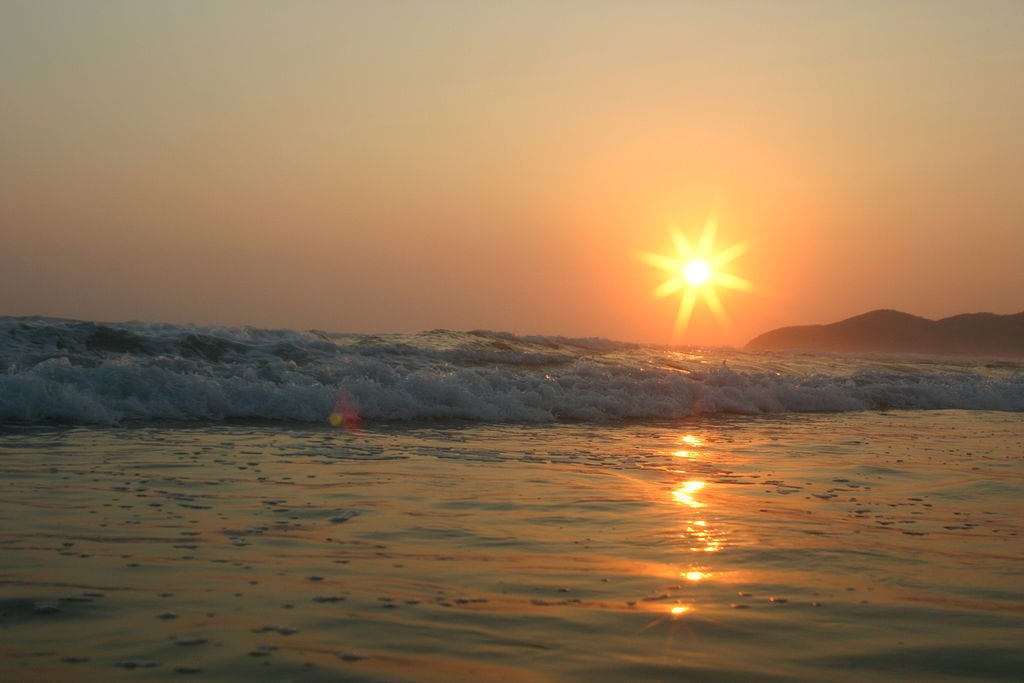 Roy Scranton is an Assistant Professor of English at the University of Notre Dame and a U.S. Army veteran of the Iraq War. On the evidence of a mid-July essay for the New York Times, Scranton is also a man in need of an intervention. The birth of his little girl allegedly inspired not the mix of joy and trepidation that most new fathers are familiar with, but a wave of angst and a flotilla of pessimistic, self-absorbed thoughts. We know this because Scranton coughed up “Raising My Daughter in a Doomed World,” an essay so perfectly pitched at progressive sensibilities that it reads as though it were a written by an indifferently educated collection of community activists who took turns describing everything that kept them up at night.

If his daughter grows up with a healthy respect for what words actually mean or some sense of the gap between connotation and denotation, Scranton may have to explain why he called her “a little feral being” at the time when she was most helpless and domesticated. The poor girl is never named in the essay. Charity might infer that dad was protecting her privacy, but cynicism could with equal justice say that dad was using her as a prop. “My partner and I had, in our selfishness, doomed our daughter to life on a dystopian planet,” Scranton writes, which means that “feral” isn’t the only concept his ideology has trouble with, because “love” trips him up, too.

Let me explain. No, there is too much. Let me sum up: Those of us who smile without feeling guilty prefer to think of children as fruits of selflessness, which of course is the opposite of selfishness. Popular Catholic Bible scholar Scott Hahn describes this outlook with reference to his wife Kimberly by saying, “The love between us was so strong that nine months later, we had to give it a name.” Just so!

Scranton isn’t as selfish as he thinks he is. Ironically, he can’t admit that his impulse to self-flagellation is hilariously over the top, because that would be an admission against interest, smudging the appearance of virtue in the circles where he looks for approval. Scranton’s essay touts the research of two people who argue that we all have a duty to reduce carbon emissions. If you read that and brace for party-poopery of the first order, then you’re well acquainted with the Climate Change Conga Line threading its way through conferences these days. To meet the prime directive of reduced carbon emission, we’re all supposed to “eat a plant-based diet, avoid flying, live car-free, and have one fewer child.” Uncomfortably numb as he is, Scranton asserts that “on its face, this proposal might seem sensible.”

I beg to differ. “Sensible” is a word that runs with a pack of “thinking” siblings, but that proposal is a cow patty in the “feeling” pasture. It can’t even win points for romanticizing primitive life, because hunter-gatherer bands looked for meat where they could get it, and typically welcomed children.

Scranton fears that taking this argument (which by that point in the essay is his argument) seriously would mean “acknowledging that the only truly moral response to global climate change is to commit suicide,” but there again, he’s off the rails, and bowing to whatever imp cavorts psychotically around the Altar of the Shrinking Carbon Footprint.

You know an intervention is in order when Scranton writes admiringly of a man who committed suicide by dousing himself with gasoline and setting himself on fire. “While some might be inclined to ascribe his suicide to mental illness,” Scranton writes, the letters he left make it clear that his act was political.” Scranton does not grant the possibility that those categories are not mutually exclusive, because mentally ill people can make political statements. What that unfortunate man wanted the rest of us to see as “death by fossil fuel” was death by self-immolation. It involved an act of will and a distortion of purpose. Blaming the fuel for the fatality, and using it to signify how “pollution ravages our planet,” makes as much sense as blaming physics for the trajectory of a misdirected bullet.

Scranton says he would not go quite that far, but he’s enough of an Eeyore that he “can’t help marveling at the disconnect” between the animal life pictured in books he reads to his daughter “and the mass extinction happening right now across the planet.” Ooh, baby, baby, it’s a wild world; it’s hard to get by just upon a smile. Having applied an academic gloss to the progressive catechism, Scranton is not at all sure that we have what it takes to “live ethically in a broken world.” On the other hand — affiliation with Our Lady’s ostensibly Catholic university notwithstanding — he’s curiously certain that “our existence on this planet is a gift that comes from nowhere and may be taken back at any time.”

Times editors foreclosed the possibility of commenting on Scranton’s essay after 700 readers had already done so. Fortunately for the sake of coherent thought, a few people were unwilling to extend the attaboys he was looking for. One reader called his essay ridiculously overwrought. Another pointed out that the study of people refusing to have children because of climate change was based on interviews with fewer than two dozen subjects. But the pithiest response to Scranton’s doom-saying was from a reader who gently reminded him of the well-known antidote to hysteria-fueled appeals for totalitarian policy in the name of the “greater good.” That reader posed a suggestive question: “Maybe go to church?” He might also have said go outside, or walk along a beach, or pet your dog, or admire the foam art in the froth atop your latte, or — damn it, man! — look up once in a while.