by Larry Thornberry
Texas players in the bullpen (aceshot1/Shutterstock.com) 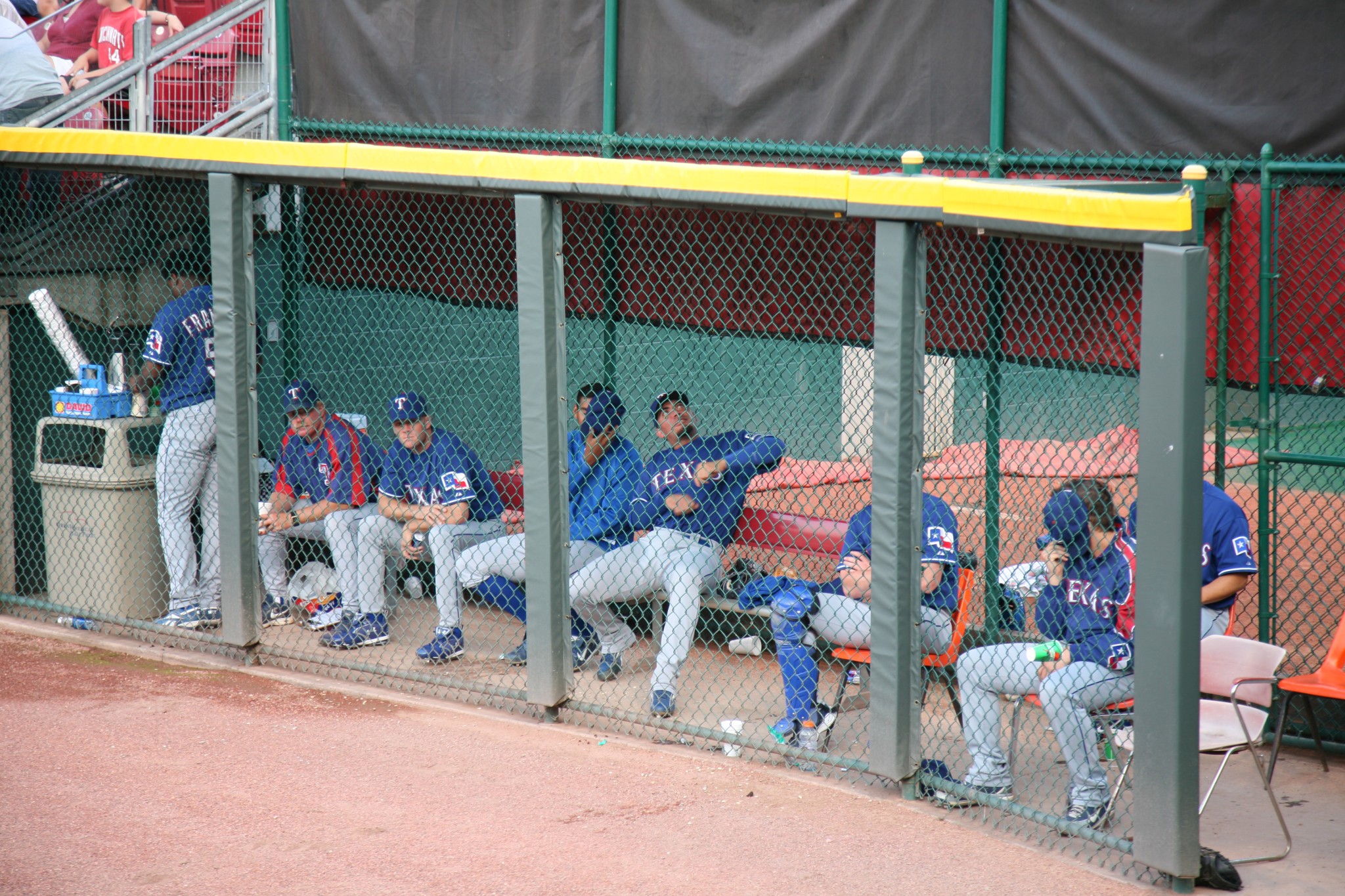 In our post-everything century in what remains of the increasingly mad Western World, how is a sane person to distinguish between straight news and satire? Or just lunatic raving? It’s not easy, and it can be very stressful to try. “That way madness lies,” Lear warned in another context.

This one I thought just had to be a joke — but there was no punch line to follow:

Word has just reached me that People for the Ethical Treatment of Animals has interrupted its campaign to get dogs and cats registered to vote in order to beseech Major League Baseball to stop using the term “bullpen” for the area where relief pitchers wait for their turn in the action and warm up. PETA claims — I’m not making this up — this long-established baseball designation is “outdated” and they wish it to be replaced with a more “animal friendly” name. “Words matter, and baseball ‘bullpens’ devalue talented players and mock the misery of sensitive animals,” PETA Executive Vice President Tracy Reiman wrote in a press release.

Well, Tracy, generations of talented players (and some not so talented) have logged countless hours in bullpens across the fruited plain without knowing, or even suspecting, that they were being devalued. (The devaluing comes when they lose a few miles per hour off their fastballs, their breaking pitches no longer bite, and they start having trouble finding the plate.) And I’d check with some rodeo bull-rider cowboys who are, in the words of that great George Strait song, “looking for eight when they pull that gate,” about just how sensitive bulls are. And there was no mention in the press release about whether PETA had surveyed bulls, none of whom to my knowledge has ever watched a baseball game, how they really feel about this matter.

Tracy goes on to claim that bullpens are where bulls are kept before they’re slaughtered. Not exactly. And I would have thought that Tracy would be more up on her animal nomenclature. For the most part bulls are not slaughtered. Some are kept for mating purposes. The more ornery feature in rodeos, where cowboys with little regard for their own life and limb try to stay for eight seconds or more on the rough back of about a ton of angry pot-roast. The unlucky ones (bulls, not cowboys) wind up in bullfighting rings. But the vast majority of male cattle, before they’re three years old are — how to put this nicely — disconnected, where upon they become steers and are destined for our dinner plates, where they bring us all — save vegetarians — great joy. (Medium rare please, with a baked potato, green vegetable, hot rolls and butter, and a nice cabernet.)

A possible corrective, according to PETA, would be to change the name of bullpen to “arm barn.” This way, players who had been “devalued” by having to wait their turn in bullpens would be empowered by being compared to barnyard animals. Connect those dots if you can. I surely can’t.

Of course this is all silly business, more easily laughed off than other language depredations committed by various groups of indignatos. But this isn’t the first time we’ve enjoyed a horse laugh at PETA’s concerns. Currently we’re dealing with an alien invasion at what used to be our southern border, rampant inflation, cynically stirred up racial animosities, a militarily and economically aggressive China, left social engineering run amok, insane policies that will lead to limited energy at mini-bar prices, and a president who makes Inspector Clouseau look like a genius and a model of grace and competence by comparison. With all these worthy matters to detain them, the privileged young people at PETA announce themselves concerned about possible psychological damage done to sensitive bulls by a sport not a single one of them (the bulls, not PETA members) are even aware of.

“Switching to arm barn would be a home run for baseball fans, players, and animals,” Tracy asserts. I wouldn’t suggest this to any baseball fans I know. It would almost certainly trigger a forceful reply that features the word bull, but not followed by the word pen.