Politico today has another story in the formerly mainstream media‘s year-long series about division within the Republican Party. The theme throughout this journalistic endeavor is to interview Beltway GOPers about how divisive those candidates are who are supported by grassroots outsiders.

Today’s story is yet another whinefest about South Carolina Sen. Jim DeMint, who criticized party colleagues over their refusal to demote Alaska Sen. Lisa Murkowski because she is waging a write-in campaign after losing the GOP primary to Joe Miller. And in this year of uprooting “the way we’ve always done things around here,” the establishment Republicans are upset that DeMint publicized aspects of the debate over Murkowski’s fate in a fundraising letter.

Next was Status Quo Republican Sen. Kay Bailey Hutchison, who was asked whether DeMint’s message was helpful to the Republican Party:

“I would take issue with that.”

There “isn’t one sitting Republican in the Senate that isn’t supporting Joe Miller.”

“Our strong tradition in the Republican Conference is to have a free and open exchange and to keep that among ourselves. I’m always disappointed when some member of our conference decides not to follow that tradition. It makes it hard for us to be a team.”

Note to above Senators (except for Thune): If you were up for reelection this year you would have had primary challengers and very well could have lost. To make a comparison to my favorite baseball team, you are no longer the 2004 or 2007 World Champion Boston Red Sox. You are the aging team of 2010.

You are Mike Lowell. 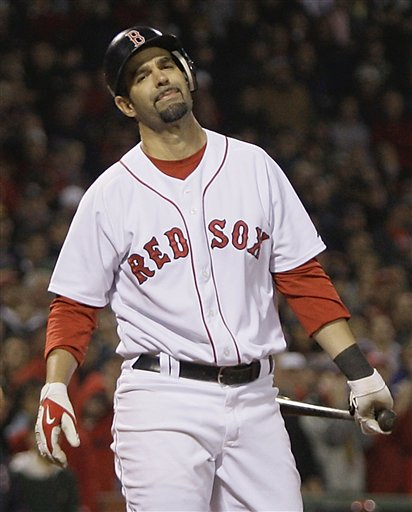