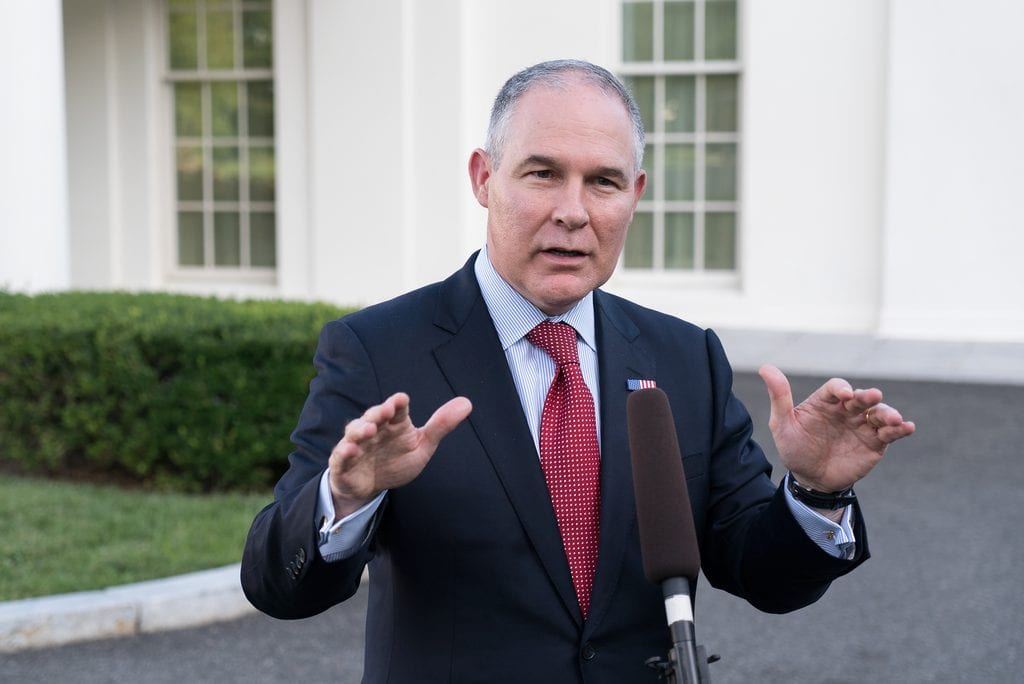 In all the humdrum surrounding public expenses in President Donald Trump’s Environmental Protection Agency, there is certainly a case to be made that there was waste.

First-class travel, a $43,000 secure phone line, and poor judgment for failure to prevent an appearance of impropriety for renting a bedroom from a lobbyist all deserve scrutiny. Anyone in public office should think twice before spending taxpayer dollars. This administration, which promised to cut waste and drain the swamp, should be held to the highest standard.

But for those currently crusading to oust EPA administrator Scott Pruitt, their newfound zeal for taxpayer protection and swamp-draining reeks of partisan politics. Administrator Pruitt has been perhaps the most effective cabinet-level official in terms of implementing policies that President Trump promised in the campaign. And those promises reflected a sharp ideological divide about the size and scope of the regulatory state. Even during Republican administrations, the EPA has been the holy of holies in the church of big government.

Let’s be honest. There’s a clash between the left and right on nearly every policy issue — for good reason. The disagreements usually stem from differing schools of thought in areas such as economics, foreign policy and yes, even environmental policy.

If the New York Times and Washington Post were truly concerned about wasteful spending at the EPA, there was plenty of it to cover for years. Yet never has there been this degree of outrage about this type of business-as-usual waste in Washington. The breathless headlines, the gotcha-politics from members of Congress, and the perpetual outrage coming from hard-core environmentalists are rooted in the fact that this EPA administrator has a target on his back because he’s instituting the major policy changes that the administration was elected to make.

None of this is a reason to give Administrator Pruitt a pass on the mini-controversies for which he alone is responsible. But they should each be considered in context.

Consider the security spending, which included first-class travel. They came at the same time Administrator Pruitt was the target of vile threats from enraged environmental activists. Threats against the EPA administrator are nothing new. But they used to come in the form of letters from law firms, threatening only litigation. Now, they come not only from crazed people on Twitter, but in the form of hard-to-trace postcards sent to the EPA. In March, 2017, one of the more genteel cards told Pruitt to “Get out while you still can, Scott.” As the Wall Street Journal Editorial Board wrote last November, “reform in Washington is always difficult, but at the Environmental Protection Agency it’s also dangerous.”

Now, Democrat Senators so blinded by their campaign to oust Pruitt are dismissing the seriousness of the threats, even putting the word “threat” in scare quotes. They suggest the EPA shouldn’t have taken the security precautions it did in June, 2017 because the threats were not specific and credible, as if they were examples of harmless venting coming from people upset by Pruitt’s politics. How quickly they forget the most obvious lesson from the June, 2017 targeting of Republican members of Congress which included the shooting of Majority Whip Steve Scalise and others by James Hodgkinson, who, according to CNN, “defined himself publicly by his firm support of Bernie Sanders’ progressive politics — and his hatred of conservatives and President Donald Trump.”

Pruitt’s approach, which at once protects consumers, business, and the environment, makes him public enemy #1 to the small but dangerous minority of people like Hodgkinson. But this type of context is sorely missing from reporting. And the reason for it is clear. Since Pruitt’s appointment last year, he’s instituted reversals of Obama-era policies, giving more clarity to landowners, simplified rules for businesses, and empowered consumers to make more environmentally friendly decisions.

In just the last year, the EPA was successful in repealing 22 regulations that could save up to $1 billion, according to the agency’s yearly report card. And 44 more are due to be revised in the next year.

For one, the fuel standards set by the Obama Administration, achieving a fleetwide 54.5 miles per gallon by 2025, have been halted, and Pruitt has promised a nationwide fuel standard. That has given carmakers more flexibility in delivering cleaner and more efficient vehicles, and empowered consumers to choose which vehicles they prefer.

One of the most important tasks taken up by Pruitt’s EPA was revision of Clean Power Plan, a 2014 rule mandating carbon emission reductions at coal-fired power plants by 32 percent by 2030. The goal of the plan was to use governmental policy to force adoption of cleaner renewable sources of energy. Industry critics, however, viewed the plan as heavy handed regulation costing energy jobs today for an uncertain energy future.

Supporters such as tech giant Apple believe repealing the law will upend investments they’ve made in renewable energies, and have since come out against it, according to Reuters. But considering the company is already using 100 percent renewable energy, isn’t it safe to say the company didn’t need government regulation in order to achieve this outcome?

Another crucial reform by Pruitt’s EPA has been the two-year delay of the “Waters of the U.S. Rule,” an Obama-era policy that gave the EPA jurisdiction over small waterways and ponds, threatening the livelihood of many farmers and landowners. For now, the rule will only be adopted in 2022, if Pruitt and his agency are not able to abolish it all together before then.

To be sure, Administrator Pruitt and his team are upsetting the environmentalist applecart. Pushback should be expected. But we believe our country, environment, and even our society would be better-served if we returned to a debate about the merits of the issues.

Here, the merits of the precautionary principle, proper risk assessment tools, and the risk of unintended consequences are underlying issues that form the basis for many of our most pressing environmental disagreements. But instead of doing the hard work of debating the issues, administration opponents are, at least figuratively, attacking people, not the issues. They are playing the man, not the ball.

The measure of success for an agency dedicated to protecting the environment should not be in the numbers of regulations and harm it causes to businesses and consumers.

Rather, it should be in whether our environment is improving, our water is getting cleaner, and whether people are better off today than they were yesterday. By any effective measure, that answer is yes. The Trump Administration should keep that in mind as it continues to pursue its agenda to help consumers and the environment with Pruitt at the helm.

Yaël Ossowski is deputy director at the Consumer Choice Center.

Jeff Stier is senior fellow at the Consumer Choice Center.