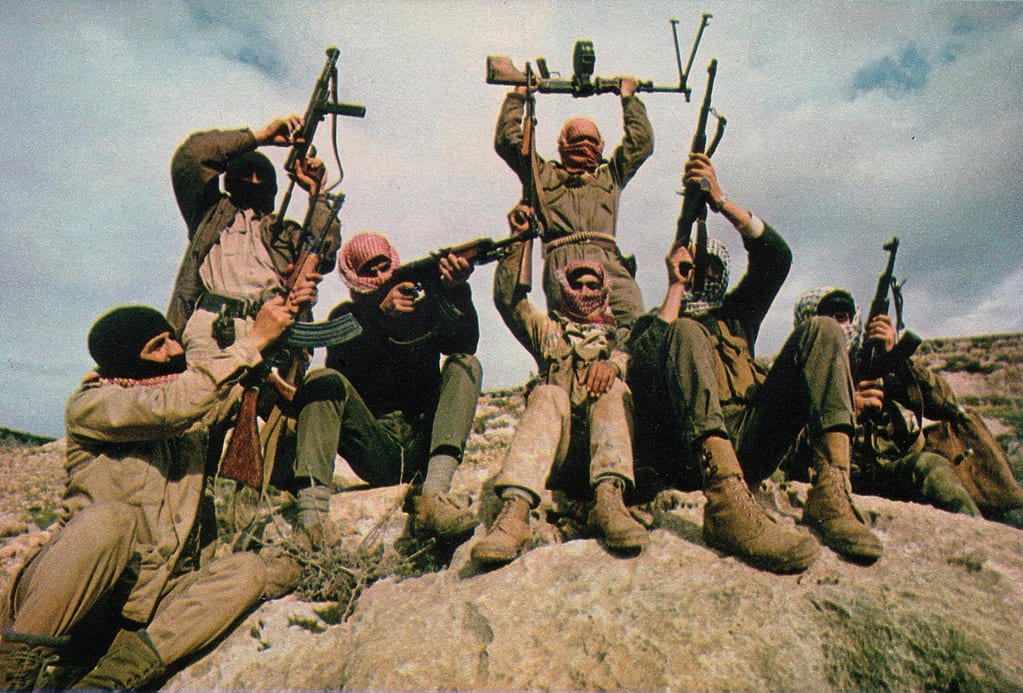 Pipes has noted that since the 1917 Balfour Declaration, the Arabs who became Palestinians have pursued a “policy of rejectionism, or eliminating every vestige of Jewish presence in what is now the territory of Israel.” Since the 1993 Oslo Accords creating the PA, Palestinians “pretended to abandon rejectionism and accept Israel’s existence but, in fact, sought Israel’s elimination in new, more sophisticated ways, replacing force with delegitimization.” His “tough steps” for breaking the Palestinian will to destroy Israel should therefore include closing down Palestinian representatives globally who do no more than recite canards of Israel-hating propaganda.

This author has personally experienced the amateur shallowness of PA “diplomats” like the former PA ambassador to France, Hind Khoury, who once motioned to take away this writer’s recorder during an interview. Ambassador Feda Abdelhady-Nasser, Deputy Permanent Observer of the State of Palestine to the United Nations, similarly melded with anti-Israel invective at a November 2017 conference at Washington, DC’s Jerusalem Fund. The Jerusalem Fund later in 2018 hosted to the Palestine Liberation Organization’s delegation leader Husam Zomlot and his nonnegotiable boilerplate demands that no Israeli government could ever accept.

Zomlot, a supporter of the Boycott, Divestment, and Sanctions (BDS) movement against Israel, has a long history of anti-Israel stridency. Zomlot denounced the Taylor Force Act, designed to end PA payments to Palestinian terrorists, as “targeting a stipend program that provides dignity and education for children and families of the victims of occupation.” He has also claimed that Israel uses the Holocaust “to justify its murder of Palestine” and that “Jesus is a gift from Palestine,” an anachronism that ignores that the Romans so named Judea a century after Jesus.

Other Palestinian diplomats have shown that they are no less radical than the chief PA negotiator Saeb Erekat, who in 2018 condemned a State Department terrorist designation of Hamas Political Bureau chief Ismail Haniyeh. A member of the PA delegation to the Parliamentary Assembly of the Council of Europe (PACE), expressed similar support for Hamas this year. He walked out of a meeting after representatives from numerous countries said Hamas was a terror group responsible for recent clashes along the Israel-Gaza border. The PA ambassador to Iraq last May also expressed support for Iraqi militias “liberating” Palestinians from Israel while declaring that Jews are not a people.

Abdallah Abushawesh, member of the PA United Nations mission in New York City, would not object. “We are very clever and very expert at throwing the stones. We are very proud to do that. We will not stop to learn our kids,” he told Canadian students visiting in 2018 in broken English. He reminisced that during his high school years in the First Intifada that broke out in 1987, “I never missed an opportunity to throw stones.” Fittingly, 2013 PA letters circulated globally to Palestinian ambassadors described Palestinian terrorists as “political prisoner[s]” and “freedom fighter[s]” in talking points.

News about PA diplomats is often explosive in more ways than one, like the PA Czech Republic ambassador who died in 2014 from an explosion authorities suggested he accidentally triggered on a booby-trapped embassy safe. The PA recalled its ambassador to Pakistan in 2017 after he appeared at a rally with the founder of Lashkar-e-Taiba, the jihadist group that conducted the 2008 Mumbai terrorist attack. In 2003, a PA diplomat in Morocco made online various conspiratorial charges against Israel concerning Iraq and called for jihad against Israel as well as American forces in Iraq.

The PA’s violence-prone diplomatic corps is unsurprising given diplomatic training cooperation between Germany’s Christian Democratic Konrad-Adenauer-Stiftung and the Ibrahim Abu-Lughod Institute of International Studies (IALIIS). This international studies graduate school at Bir Zeit University (BZU) outside of Ramallah in Samaria/West Bank bears the name of a Palestinian-American professor and anti-Israel advocate of the Palestinian cause. According to Middle East scholar Martin Kramer, “Abu-Lughod wrote in a style that was crude and shrill.”

BZU administrators estimate that usually 60-70 of their 12,000 students are imprisoned for “security offenses.” Hamas’ former chief bomb maker, Yahya Abd-al-Latif Ayyash, assassinated by Mossad in 1996, and Marwan Al-Barghouti, currently imprisoned by Israel for murder, graduated from BZU. The dangers of intimidation in such an environment of terrorism preclude any academic freedom.

Of like mind with these terrorists, PA representatives merely conduct warfare against Israel through diplomatic means. This is no more useful than the propaganda disseminated by past totalitarian regimes like the Soviet Union. Yet the United States and other countries allow this demonization of Israel from Palestinians with no internationally recognized state even as they have not abandoned their struggle to destroy Israel.

The PA’s international war of words flies in the face of the paradigm shift demanded by the IVP, in which Israel’s peace with Palestinians will only come with their recognition of defeat. Thus, as already proposed in the United States, countries around the world should close the PA’s worthless diplomatic posts and recoup at least some of the costs of the international aid lavished upon the corrupt PA. As Palestinians continue to understand only force, futile diplomacy with an unvanquished foe must yield to coercive pressures.

Andrew E. Harrod is a Middle East Forum Campus Watch Fellow who holds a PhD from the Fletcher School of Law and Diplomacy and a JD from George Washington University Law School. He is also a fellow with the Lawfare Project, an organization combating the misuse of human rights law against Western societies. He can be followed on twitter @AEHarrod.