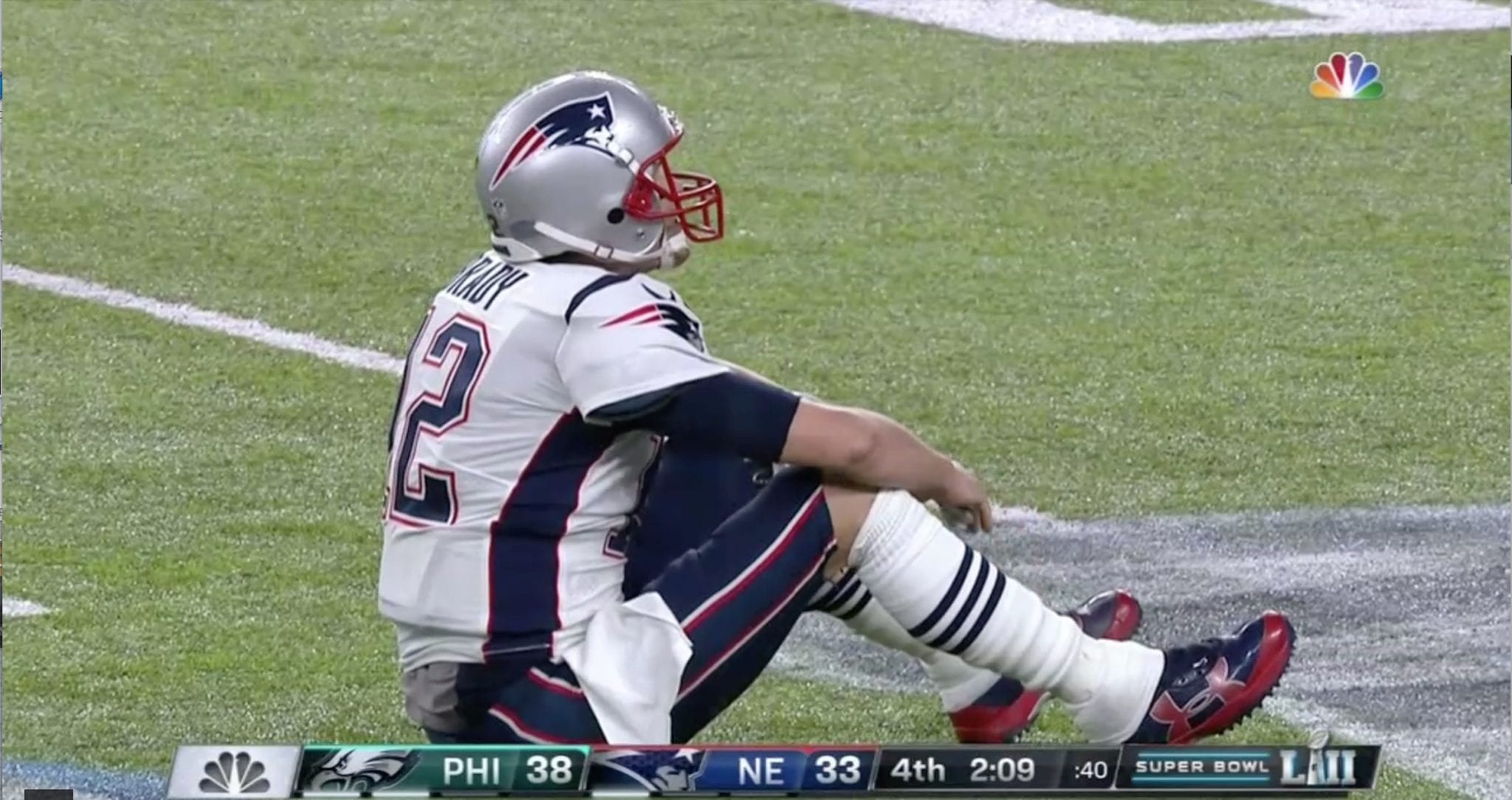 It was probably exactly the game that the NFL craved. It was close; coming down, in fact, to the final play, which was one of those long desperation passes that they call a “Hail Mary.” No Patriots receiver could quite make the catch in the end zone. If one had, then the Patriots would have been given life. A two-point conversion would have forced the game into overtime and… well, everyone in the great global television universe who was tuned in would have assumed the inevitability of a Patriots victory. They come back and win Super Bowls. It’s what they do. You have to suspect that there were players and coaches on the Eagles sideline who were thinking as Brady’s pass was in the air, “Oh, man. No. No, no no. Not again.”

But the ball was batted around and then fell to the ground and that was it.

And thrilling as it was at the end, the game left you feeling you had been on a sort of sugar high. More offense than in any previous Super Bowl. Only one punt. This made it perfect for what the NFL would like a Super Bowl to deliver. Which is lots of excitement for all those millions around the world for whom this will be the one football game they watch all season. They like to see players running free. Lots of “long bombs” and plenty of scoring. Defense is a bore. And what in hell are “draw plays” and “trap blocks” and all that?

So the game produced excitement of a sort. And the NFL had to be pleased with that. But more was needed from this year’s Super Bowl. What the NFL required from this game was a kind of reaffirmation. If it could not apologize outright to fans for all that had gone wrong, then it needed to do so implicitly.

So no players took a knee during the singing of “The Star Spangled Banner.” Done nicely and bravely, by the way, by Pink who was under the weather but soldiered on. And then there was the coin toss by a Marine who won the Medal of Honor for his actions on Iwo Jima. The players who were in the center of the field for the ceremony enthusiastically applauded that man. Recognizing, no doubt, that they were in the presence of a real hero. Someone whose options didn’t include holding out or demanding a trade.

So the game began on a high note and the Philadelphia Eagles scored on their first possession. After which, the game settled into a sort of strange rhythm. Neither team seemed much interested in playing defense and both place kickers seemed to have the yips. They missed on routine extra points and short field goals of the sort that fans have come to think of as routine.

Then, on a fourth down with goal to go, the Eagles did what fans are always imploring their teams to do. That is, to “go for it.”

The Eagles did. From the two-yard line, or so. And they made it on a gadget play in which the tight end threw a touchdown pass to… the quarterback. It was the sort of play that violates all the canons of coaching. You might get away with it in high school. Or even in the college game, though seldom at the top. But certainly not in the NFL where that sort of thing is viewed contemptuously as just “not professional.”

Well, in this case it worked.

After which the game then became a matter of which would be the last team scoring and standing. And Tom Brady is, of course, accustomed to being the last man standing.

So when the Patriots took over with around two minutes left, down by five, there were millions upon millions thinking, no doubt, “Well, here he goes. Long, methodical drive, then a touchdown with no time left. Patriots win. Thus is it written.”

But Brady got sacked and stripped. He sat forlornly on the turf and looked, at that moment, mortal. More so, even, than Nick Foles, the Eagles quarterback who would not have been playing if the team’s starter had not been injured.

Still… after an Eagles field goal, Brady had that one last chance.

But this time it was not to be. The “Hail Mary” fell incomplete.

Brady finished as the first quarterback in NFL history to lose a regular season or playoff game after throwing for more than 500 yards, three touchdowns, and no interceptions.

Sometimes, even being the greatest of all time is not enough.