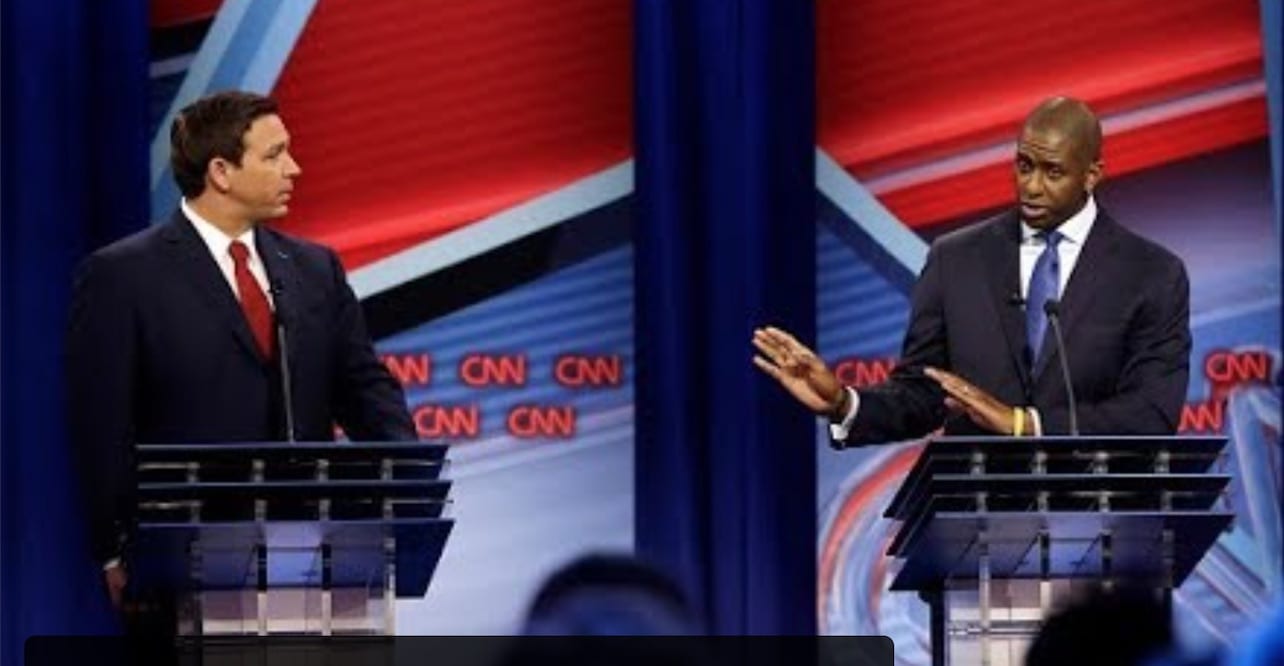 Tuesday’s two big Republican wins in Florida are now in question. Just today, with, incredibly, votes still being counted, Republican Ron DeSantis’s percentage lead over Democrat Andrew Gillum has fallen to 0.47 percent. This is below the 0.5 percent level that triggers an automatic machine recount.

Republican challenger Rick Scott’s lead over incumbent U.S. Senator Bill Nelson, at 0.43 percent, was already within the one-half of one percent levels that calls for an automatic recount. The lead in both races is, according to the latest numbers available, fewer than 35,000 votes out of more than eight million cast.

Recounts in the past have gone quickly and the result has almost always been, “The ruling on the field is confirmed.” But this is now, when politics are more cutthroat. Both sides are lawyering up. Stand by for the Democrats to sue everybody and everything in sight if the results don’t go their way. And they likely won’t, as 35,000 votes are a lot of make-up. But with enough lawyers involved, anything is possible. And we’ve likely seen the last time a Democrat will concede defeat while he/she still has a pulse.

As for the expected schedule of a recount, a machine recount could be completed in a week. If the results of the machine recount bring the margin within one-quarter of one percent in either race, then a hand recount would be required. This could take until Thanksgiving. What time and agony could be added to the process by lawsuits is anybody’s guess.

It’s hard to believe that votes can still be being counted Election Day +2, but some counties, including, as usual, Broward, have not counted all the mail-in ballots. And overseas ballots can arrive 10 days after Election Day and still be counted.

And you thought that a least by now the election would be over.