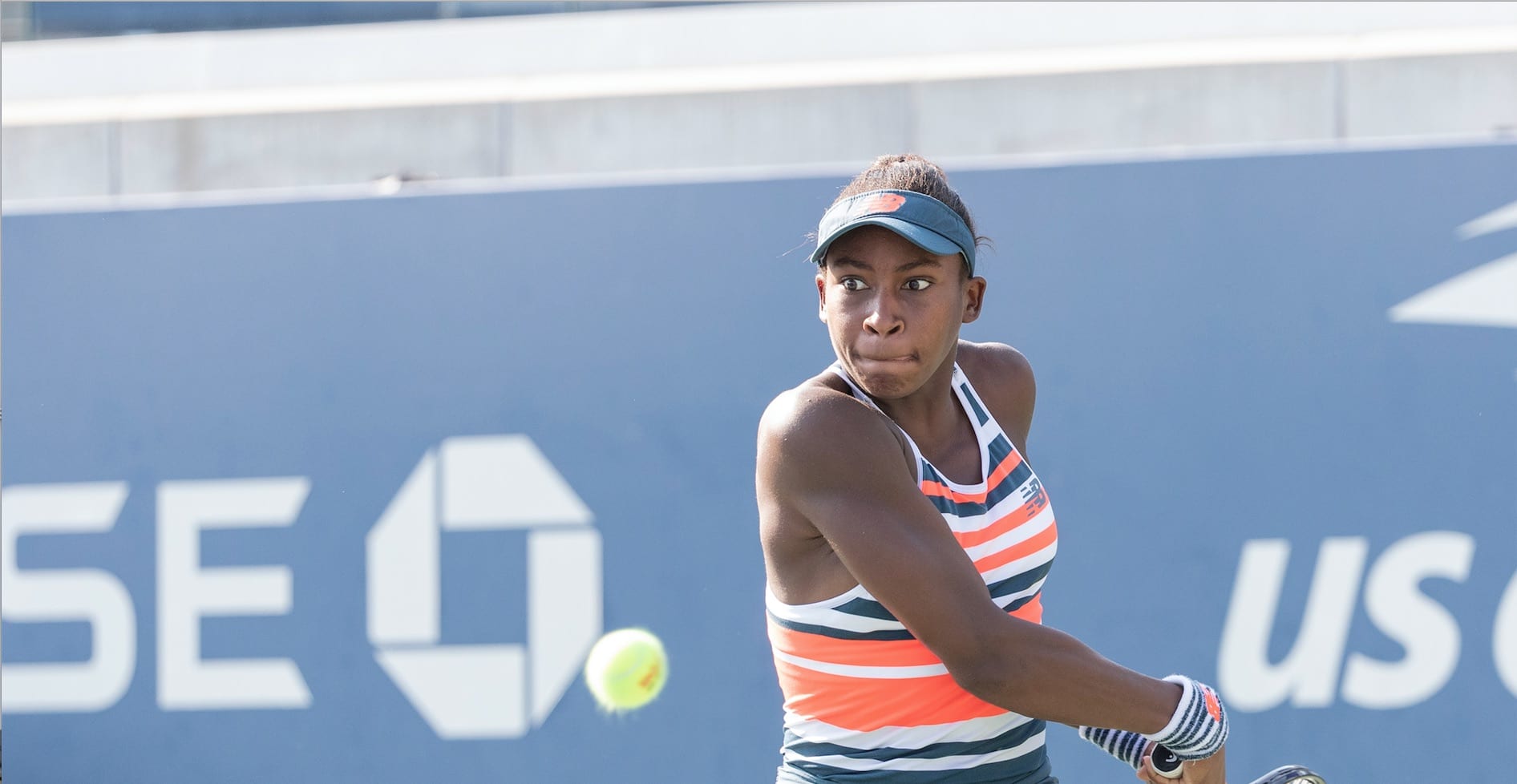 The 50th edition of one the most durable tournaments in the sport’s Open era enters a new phase led by local venture capitalist Mark Ein, who took over the event’s management after 49 years of leadership by the legendary Donald Dell.

Symbolic of the transition, the 15-year-old prodigy beat a Japanese veteran nearly twice her age. She ran Miss Kuwata — an agile and determined player — ragged, repeatedly wrong-footing her and dictating the pace throughout. Her graceful fluidity on the court, combined with rare groundstroke power and a huge serve — she hit aces in every game — make her a sure bet for a long and dominant career on the women’s tour.

Miss Gauff’s participation is restricted by Women’s Tennis Association (WTA) rules designed to protect young players, but it is nearly certain that following a great run at Wimbledon and a likely deep run in Washington, she will be offered a wild card to the U.S. Open.

Mark Ein, who also owns the Washington Kastles of the World Team Tennis league, grew up with the Open era and was a ball boy at this tournament; additional to owning the Kastles, he sits on the board of the Washington Tennis and Education Foundation, beneficiary of the tournament.

The tournament, one of the first of the Open era, was organized in 1969 as a way to call attention to the Foundation’s work and raise money for its programs. Management was given to Donald Dell, a leading player and USA Davis Cup team captain in the 1960s who was pioneering sports marketing. Among the pro athletes whom he represented were his friend and former teammate Arthur Ashe and basketball legend Michael Jordan.

American tennis has been lucrative in recent years, but in the context of a shrinking fan base with fewer top-of-the-line venues. The Citi Open remains an important stop on the North American summer circuit.

One response to this development in the sociology of the sport has been to make venues more attractive to fans. At such famous tournaments as Indian Wells and Miami, site of Masters 1000 level tournaments, not to mention Queens, site of the U.S. Open, improvements have included everything from retractable roofs to augmented restaurant opportunities, shops, and easier access and communication. In the compact space used by the Citi Open, the new management has squeezed in air-conditioned food courts additional to the outdoor stands. This should also improve life during the occasional storms that hit Washington in August, and will be welcomed by ticket holders to the evening sessions, which often run past midnight.

The sport’s popularity and the financial health of a tournament, however, ultimately depend on the quality of the action. The young Coco Gauff’s performance of Stadium Court yesterday gave reason to believe that women’s tennis, and particularly American women’s tennis, can thrive without the superstar Williams sisters. (Miss Gauff beat Venus Williams at Wimbledon, before losing in the round of 16 to Simona Halep, who went on to beat Serena Williams in the final.)

Miss Gauff’s agility, speed, assurance, consistency, and shot variety are nothing short of astonishing, even when on display against a comparatively modest competitor. On the men’s side, the final qualifying round saw a fantastically athletic Thai-Son Kwiatkowski, a standout player at Virginia who, as his name indicates, is from North Carolina. Whether he can, along with such promising young players as Reilly Opelka and Tommy Paul (both of whom are in the draw) and mid-20s hopes as Jack Sock, Tim Smyczek, and Donald Young (likewise), take U.S. men’s tennis where the likes of Ashe, Jimmy Connors, and Andy Roddick once dominated, remains to be seen.