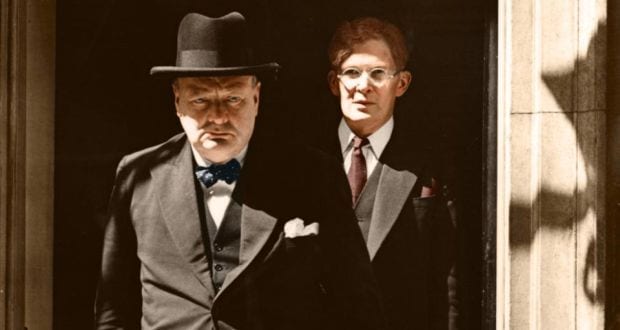 On May 10, 80 years ago, Winston Churchill became prime minister of Britain. Germany had already become the dominant power in continental Europe. Within a month and 12 days, France would surrender to Germany. Britain would be left alone to face the full might of Nazi Germany, by then perceived to be invincible. A combination of circumstances and chance would lead Churchill to be chosen as Neville Chamberlain’s successor, following the latter’s resignation.

A political rival within his own party during the momentous 1930s, three-time Prime Minister Stanley Baldwin, once said that Churchill would make an ideal wartime premier. He turned out to be right.

In a sense, that day in 1940 was a landmark in British and world history. The previous policy of appeasement had failed; Britain was now headed by a leader who had warned about the consequences and was prepared to deal with its repercussions.

Chamberlain truly believed that appeasing Nazi Germany would secure a lasting and stable peace. The premise of his policy was wrong. The means he resorted to in order to achieve his objective was both morally questionable and pragmatically unwise. He thought that by abandoning Czechoslovakia, the only parliamentary democracy in Central and Eastern Europe, he would satisfy the territorial and political ambitions of Nazi Germany. He failed to grasp the true nature of Adolf Hitler’s policies and ignored the potential deterrent power of a combined triple alliance of Britain, France, and Czechoslovakia. His suspicion of the Soviet Union (well-founded, to be sure) did not allow him to distinguish between different levels of dangers to the European balance of power.

There was nothing inevitable about Churchill becoming prime minister after Chamberlain, or defiance being chosen as a national strategy.

The policy pursued by Britain up until the full invasion of what remained of Czechoslovakia in March 1939, was premised on the belief that so long as Hitler demanded territories inhabited by German-speaking people, under the guise of the right of national self-determination, Britain could acquiesce. There was this caveat: Germany must attain its objectives by peaceful means. This entailed a logical paradox. If Britain was not prepared to oppose Germany’s demands, why would it need to resort to force?

Adolf Hitler’s diplomacy was a combination of violent threats aimed at intimidation and empty promises designed to assuage. He found in Chamberlain a partner, ready to accept through proactive diplomacy what his predecessors were prepared to yield passively.

Chamberlain’s appeasement was wrong, Churchill maintained, because Hitler didn’t merely want to redress the supposed wrongs done to Germany after World War I in the Versailles Settlement. Churchill, whose arguments were steeped in a mixture of moral postulates and pragmatic reasoning, feared that Nazi Germany’s ultimate goal was not to alter, but rather to destroy, the prevailing international order. Nazi Germany was thus a threat to be challenged, not an adversary to be pacified.

There was something tragic and yet uplifting as Churchill became premier eight decades ago. His country faced an existential threat. He managed politically to neutralize those within the British political system who advocated a negotiated settlement with Germany aimed at saving Britain from destruction while inspiring an entire nation to stand up alone to it when the odds looked grim.

To be sure, Churchill was not gambling with his country’s fate, for he believed that there was no alternative. A negotiated settlement would not be honored by Germany. The only alternative to defiance was surrender. Between the two, Churchill opted for defiance. His singular leadership, his imaginative rhetoric, and the patriotic fervor of the British people ultimately prevailed. Certainly, geography helped. Being an island afforded Britain a margin of security lacking in its continental allies and friends.

Churchill demonstrated that an individual can shape history. There was nothing inevitable about Churchill becoming prime minister after Chamberlain or defiance being chosen as a national strategy. After all, Lord Halifax, who had served as Foreign Secretary under Chamberlain, could have become prime minister. Had he assumed power rather than Churchill, the option of a negotiated settlement might have been pursued, leading perhaps to an entirely different historical scenario.

Winston Churchill had been in the political wilderness for a decade, holding no political office until September 1939, when Chamberlain had appointed him First Lord of the Admiralty. With his deep sense of history, he assessed the present within a larger historical framework. He believed in the old-fashioned concept of the balance of power, traditionally embraced by Britain, whereby no country could be allowed to dominate Europe. He also had faith in parliamentary democracy and alliances based not only on shared interests but also on common values.

Perspectives can change. If Churchill had died in 1929, the year he left government, he might have been remembered as a failed politician; had he died in 1939, the year World War II started, he might have been considered in retrospect as a prophet of doom, who turned out to be right. Because 80 years ago he was chosen to replace Chamberlain as prime minister, we recall him — and quite rightly so — as one of the greatest leaders in modern history.