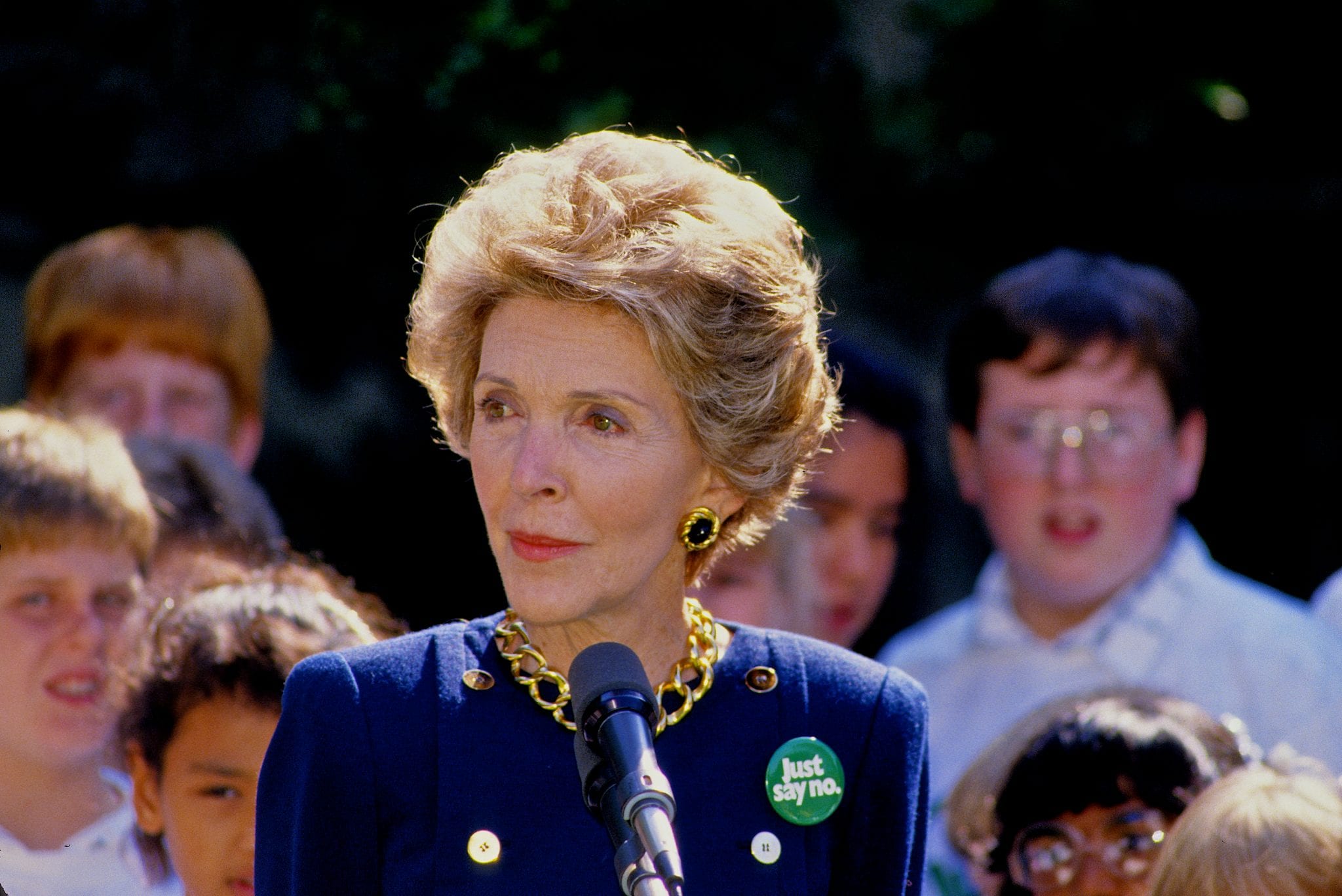 I was surprised and saddened to learn about the death of Edmund Morris this past week. He died suddenly as the result of a stroke at age 78.

A man who gave us great biographies of Teddy Roosevelt, Morris is best known for his infamous biography of Ronald Reagan, Dutch, for which he was resoundingly criticized for taking so long to write and for creating what his publisher generously called a “fictional device,” by which he curiously inserted himself (among other characters) as an imaginary persona in the narrative. The tag “fictional device” was a face-saving gesture by the publisher, which had joined the rest of the universe in impatiently waiting on Morris, forever in search of what he enigmatically referred to as the “enigma” of Ronald Reagan, who, in truth, was far less enigmatic than Morris’s biography.

The whole fiasco was a train-wreck. Morris’s book was actually a good read, a page-turner. The overwhelming problem, however, especially for anyone looking to the book for documentable facts on Reagan, was the difficulty of knowing fact from fiction. There are many engaging passages in the book, but unfortunately, the reader simply doesn’t know if they’re made up — i.e., the “fictional device” at play. Whatever maddened Morris ended up maddening the rest of us in reading Morris.

And perhaps no one was maddened — actually, steamed, furious — quite like Nancy Reagan. As I knew from my own sources, the ever-anxious Mrs. Reagan was pulling her hair out awaiting what Morris would say about her Ronnie. Ultimately, Morris’s portrait, for all its problems, was probably, on the whole, a likable one. (Not everyone would agree. I do find it interesting, though, that my students who have read Dutch interpret it as a positive treatment.)

The same cannot be said of Morris’s treatment of Mrs. Reagan. If Morris had a preferred villain, it was Nancy. He did not like her, and she did not like him.

That brings me to my encounter with Morris.

Over a decade ago, I was writing a biography of Bill Clark, one of Ronald Reagan’s closest aides and confidantes. Morris was notorious for poking fun at certain people in the Reagan camp, sometimes cruelly. Judge Bill Clark, however, was a notable exception.

“Morris was really kind and gracious to me,” Clark told me. “I was surprised by that. I’m not sure why. I think he felt sorry for me.”

The “felt sorry” element was probably partly right. Clark, a man of remarkable humility and integrity, was badgered if not ousted from his critically important position of national security adviser by a White House cabal that included Mike Deaver, Dick Darman, James Baker, and Nancy Reagan. (Ironically, it was Deaver, Mrs. Reagan’s pal, who first flagged Morris to be the authorized Reagan biographer.) Clark would always insist that he resigned on his own merit in October 1983, and that Ronald Reagan would have happily kept him — a position vital to Reagan securing ultimate victory in the Cold War. What Clark said is surely true, given that he and Reagan were like brothers, impeccably loyal to one another going back to their Sacramento days, where Clark was Governor Reagan’s chief of staff. Nonetheless, ask anyone familiar with this drama in 1983 and they will say that Mrs. Reagan was among those who turned the knife on Clark.

Mrs. Reagan and Clark had been close back in Sacramento. Clark had struggled to keep up with the daily “Nancy Portfolio,” which began like clockwork every morning at 8:45 the moment Reagan left the governor’s residence and Nancy hopped on the phone expressing her morning fears to Clark before Reagan arrived at the office. “Oh, Bill, did you read the article about Ronnie in the LA Times?” Eye on the clock, she always finished the call within 15 minutes, just as her husband arrived. Reagan would walk in and say to Clark with a smile, “Well, she called again, didn’t she?”

Some days she would call hourly. Clark eventually turned over the Nancy Portfolio to his deputy, an upstart named Mike Deaver. Still, Clark and Nancy retained a warm relationship, until 1983, when the White House moderates and “pragmatists” (Deaver, Darman, Baker) convinced her that Clark’s reputation as a foreign-policy hawk was hurting Ronnie’s image in the press. With that, it was said, Mrs. Reagan turned on her old friend and wanted him fired. Edmund Morris, too, concluded that. It was yet another Nancy negative, this time directed at the heart of a really decent man, that intensely bothered Morris.

In one spot in Dutch, Morris records Nancy looking at Clark with “such contempt I brace for the sound of a slap.” Morris asked: “What has he [Clark] ever done, except fail to flatter her?” Borrowing a line from Gore Vidal, Morris bitingly observed: “There is a lot of rage in this little lady.” Morris said that Clark had been “driven west” by the possessive Nancy’s “unflagging jealousy.”

Back in early 2007, we sent Edmund Morris the manuscript of our Clark biography. He was one of a select few individuals that Clark felt should see the draft before publication. We were quite surprised when Morris responded with not merely an acknowledgment and a few sprinkled observations but, rather, a lengthy, single-spaced review of the book, page by page.

Dated May 3, 2007, the missive was classic Edmund Morris, filled with elegant prose mixed with sarcastic barbs, subtle and un-subtle (he badly misspelled my name, alternately “Kengar” and “Kemgar”). Myself and my co-author, Patricia Clark Doerner, were thrilled that Morris liked the manuscript and gave it such time and care. He did so, he noted, because of his deep admiration for Bill Clark.

But what really stood out were Morris’s swipes at Nancy Reagan in the review.

We had noted in the manuscript that Nancy, to her eternal credit, had always acted in Ronald Reagan’s best interests. Some of her worst behavior was pursued in service of protecting Ronnie from harm. Clark wanted to make that doubly, triply, abundantly clear. He was very fearful of saying anything to provoke Nancy’s wrath: “I’m telling you, Paul. Be very careful not to get her going. She could really come after us.”

Morris, however, wouldn’t go there. “NR did not know RR better than anyone,” he wrote in his review of our manuscript (incidentally, I don’t recall us writing that). “I think the Judge [Clark] will agree with him that she didn’t have a clue how his mind worked. She merely took care of his domestic needs, and (a vital service) protected him from predators.”

Morris noted that Reagan viewed Bill Clark as a “soul mate,” as indeed he did, “which is what made Nancy so possessively jealous.” He criticized us (and Clark) for being “too deferential to NR.” “She was invaluable to him, sure,” he conceded begrudgingly, “but a maddeningly meddlesome woman. As I’m sure you know, Bill has some stories about her that chill the blood. If you don’t tell, e.g., the one about Colleen Moore’s funeral, you are shirking your biographical job.”

Clark had such stories. But in keeping with Clark’s considerable charity and virtue, he refused to share them with me. Morris’s mentioning of the funeral of Colleen Moore, a lovely silent-film star who had lived near Clark in Paso Robles, California, was entirely new to me. When I asked Clark what that was about, he refused to talk, though he grimaced and said, “Oh, yeah. That was bad, Paul. Very bad. Ugly. Nancy was capable of that kind of behavior.”

I asked Bill what that behavior was. He wouldn’t say. Ironically, just a few months ago, I remembered Morris’s plea and tried to ascertain through Clark contacts what had happened when Colleen Moore died in 1999. I’ve gotten some information, potentially disturbing, which indeed again casts a shadow on Mrs. Reagan, but it’s hard to separate the innuendo. I haven’t published anything.

But for Edmund Morris, it was just one more story in a vast hall of infamy erected around the scoundrel that was Nancy Reagan. He never put aside the axe to grind against her, justifiably or not.

For the record, Mrs. Reagan reciprocated. When I did my first booksigning at the Reagan Library in 2004, I observed to one of my hosts that I didn’t see a copy of Dutch anywhere, which was odd for a repository that included virtually every book on Reagan. Well, it turned out that Morris’s official biography was officially banished. Who would have done that?

Of course, Edmund Morris right now deserves tributes that transcend his battles with Nancy Reagan, and he’s getting them. I’m drawing out here merely one element of his history as a biographer — one that I ran into and know a little about.

I would like to end on a positive note with something not generally known about Edmund Morris, and that Bill Clark appreciated. It will surprise people who might reflexively place Morris in the effete class of New Yorkish, elite, liberal, literary snobs: Edmund Morris was staunchly pro-life. That had impressed Bill Clark, and vice versa.

“I happen to share many of Bill’s political and ethical views,” wrote Morris in his review of our manuscript, “including his horror of abortion.” Morris singled that out.

Bill Clark had known that about Morris. “I appreciate that about him,” Clark told me. So did I.

Edmund Morris’s respect and honor for life is something we should respect and remember about him this week. This chronicler of great lives understood the indispensable importance of life itself.