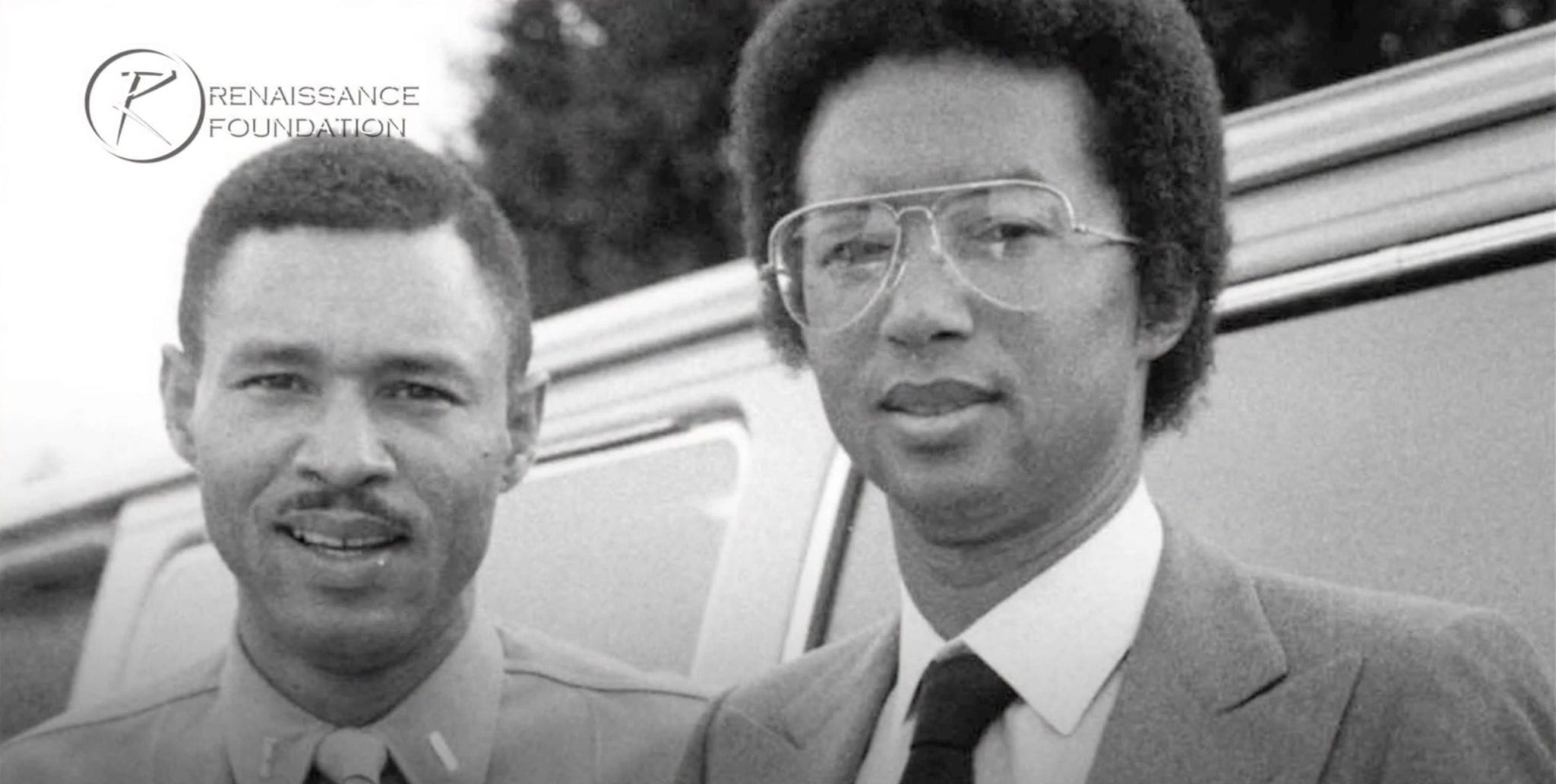 The United States Tennis Association, owner of the U.S. Open, held at the Billie Jean King Tennis Center at Flushing Meadows-Corona, by tradition honors our servicemen on the tournament’s second Monday, Labor Day with a ceremony at Arthur Ashe Stadium. Ashe himself needs no special day of remembrance, but the rest of us do: a man like him is one we need to know, and in this fickle, feckless age we must relearn this regularly.

Arthur Ashe himself showed in his posthumous memoir, Days of Grace, that men are more likely to learn character than to be born with it, and learning, as they say in sports and tennis, is a lifelong job. Ashe (born 1943) was blessed with good, strong teachers in the segregated schools of Richmond, Virginia during his childhood and he had neighbors and family friends, including Jews — he must have had a reason for noting this detail when writing — who taught their lessons of service, of sharing and giving, by example.

His most important teachers, though, were Dr. Robert Johnson, the legendary tennis coach, and his own father, Arthur Sr., strict and stern and loving in the son’s recollections.

Johnson was a physician who served others (and earned his living) at Lynchburg General Hospital, where he broke the color line and stayed his entire career. Ashe Sr. was a carpenter, handyman, groundskeeper, eventually park policeman, working overtime and moonlighting to keep his family clothed and sheltered and fed. He also had time to build or fix neighbors’ houses, chop and prepare firewood for them, pro bono. Different as they were, the two men were the same in their rock-like dedication to work and service and respect.

The doctor, who had a tennis court on his property, formed champions, Althea Gibson and Ashe being the best known. Others, such as Willis Thomas, Jr., who was Arthur’s partner in doubles as a junior and is now director of the Washington Tennis and Education Foundation, are famous in tennis circles and among the children — and adults — they teach and inspire.

Arthur Ashe had another rock, his wife Jeanne Moutoussamy, who stood by him in everything until his premature death in 1993, indeed beyond as she continues the educational and public service work to which he devoted himself when his health problems, notably a heart condition, forced him to retire from professional tennis. He won the U.S. Open the first time it was open, 50 years ago today, playing as an amateur because he was in uniform, and he later captained the U.S. Davis Cup team on which he had been a major force, winning three in a row 1968-1970 (two as captain, ’81-82.)

He also had a younger brother, Johnnie, whose own Ashe-character was recalled in Stars and Stripes last week. Five years younger and a multi-letter athlete in high school, he enlisted in the Marines at 17 with his father’s required approval, and found himself in Vietnam in early 1967.

Arthur, an Army lieutenant, was posted at West Point, and Johnnie had heard about the Sullivan rule, the unofficial custom that emerged during World War II of not putting brothers in combat zones at the same time. He volunteered to stay in Vietnam another year; it’s what Marines do.

The word was passed along and the brothers stayed where they were. Johnnie mentioned what he had done to his father, who understood. Service, Johnnie said, was in the Ashe DNA. Love too. Arthur did not know what happened until years later, as he relates in Days of Grace.

One of Ashe’s characteristic aphorisms is inscribed near the statue opposite the stadium that bears his name. “From what we get, we can make a living; what we give, however, makes a life.”

Johnnie, who retired after 20 years with the rank of captain, recalled returning from his second tour in Vietnam in September of ’68 in timeto see his brother on TV beating Tom Okker to win the Open.His fellow Marines at Camp Lejeune were not tennis players, so he explained the sport to them and let them notice the family resemblance with the champion.

Between the champions, rather. The crowd at Ashe Stadium, every seat taken, on the USTA’s annual Armed Forces Day, salutes them both, as Americans always will.