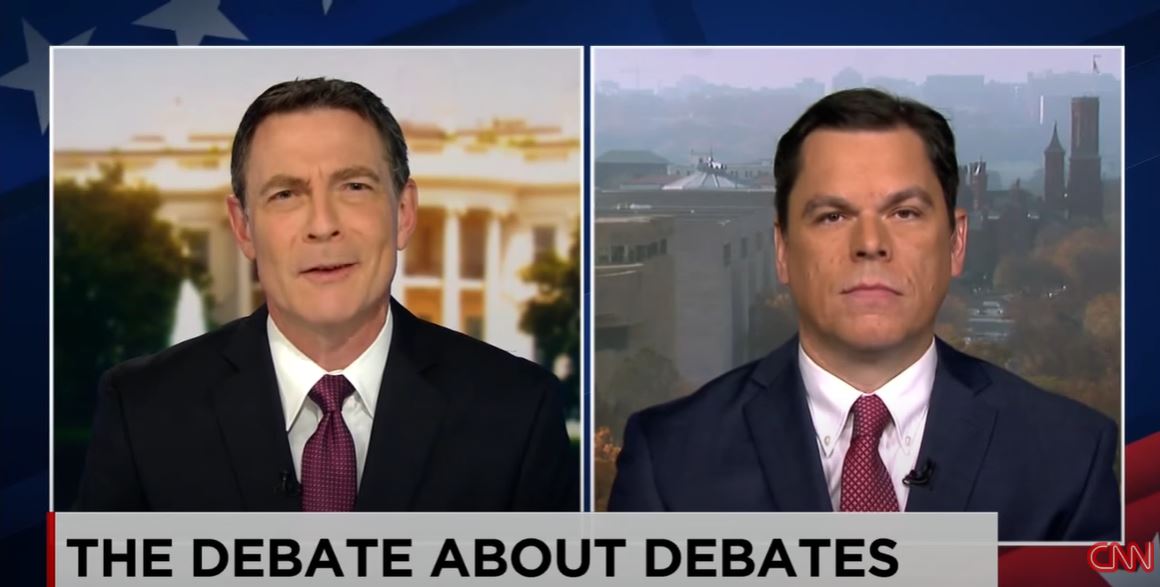 My nominee for the dumbest thing said on CNN in the last week is a headline that screams “Progressives reeling after moderates inflict savage new blow to spending bill.” The “analysis” that this headline introduces is by Stephen Collinson, whom CNN identifies merely as a “native of the United Kingdom, [who] has traveled the world” and whose current profession is opining about U.S. politics

Collinson goes on to describe the “savage blow” touted in the headline as:

“The Democrats ditched paid family leave Wednesday from their vast social safety net program in yet another cave to Senate moderates, dealing a shattering blow to House progressives — not to mention millions of Americans who must choose between their jobs and caring for newborns or elderly relatives.”

Collinson condemns this as a “brutal paring down of the social safety net plan, all in an effort to appease two Senate moderates.” He goes on to quote with apparent approval a statement by Sen. Bernie Sanders (I-VT) that “The problem is with members here who, although they are very few in number, they are a significant minority, [and] think that they have a right to determine what the rest of the Congress should be doing … the minority should not be dictating to the majority.”

Now admittedly, there are many other fine competitors in any contest to identify the dumbest things said on CNN recently, but this one shows appalling ignorance of how our system of government is supposed to work. Both Collinson and Sanders failed to mention that a majority of the Senate, 52 out of 100 senators, oppose enacting a federal mandate for employers to pay employees to take time off from work for family leave as proposed.

That a bipartisan majority of the Senate opposes a politically motivated proposal by the president to give new benefits to the voters at someone else’s expense hardly constitutes “the minority … dictating to the majority.” On the contrary, the unstated premises for Sanders’ statement are (1) that the opposition of 50 Republican senators is irrelevant, and (2) that all Democrat senators are obligated to conform to whatever a majority of their party, not a majority of the Senate, favors. That may be the informal norm in a parliamentary system such as the U.K.’s, in which the majority party in the legislature must resign and call new elections if its leader loses a vote of confidence in Parliament. But the idea (if one may dignify it with that term) that all senators must abide by whatever a majority of their party thinks is unequivocally not the way that the U.S. Senate was supposed to work. On the contrary, senators were intended by our Founders to exercise independent judgment as a bulwark against popular, but unwise, legislation.

As James Madison put it in Federalist 62, “The necessity of a senate is not less indicated by the propensity of all single and numerous assemblies, to yield to the impulse of sudden and violent passions, and to be seduced by factious leaders into intemperate and pernicious resolutions.”

Is it too much to expect that commentators like Collinson, who opine on subjects about which they have no apparent qualifications, should familiarize themselves with the history and theory behind the government of the United States before they preach to us about how it should function?

The depth of ignorance about our government is hard to comprehend for those of us in an older generation who were required to learn high school civics before it was taken over by critical race theory. For years, my wife was a visiting lecturer in a course about health policy at the Yale School of Public Health. She found that she had to begin by explaining to her students that there are two houses of Congress and that to become a law, a bill has to be passed by both of them and signed by the president (or passed by a supermajority over the president’s veto), something that most people my age learned in high school, if not grade school. Her students who did not know these basic facts about our system of government were all high school and college graduates studying for an advanced degree at what is supposed to be an elite university.

It was not always this way. Many states once required “literacy tests” about how our government works as a pre-condition for voting. The content of these so-called “literacy tests” was similar to what is now required to become a U.S. citizen if someone is born abroad.

But anyone born here can be completely ignorant about how the U.S. government works and still vote. The federal Civil Rights Act of 1965 banned literacy tests as a condition for voting in federal elections on the grounds that they were discriminatory and were being used to keep African Americans from voting. I don’t doubt that was the case. But rather than ban this abuse or make the tests non-discriminatory, we abolished the tests entirely, thereby allowing people to vote in our elections regardless of how ignorant they are about the basics of the U.S. government.

Perhaps the CNNs of the world should consider requiring their commentators to take a remedial civics course before putting them on air to mislead the public about how our government is supposed to work.