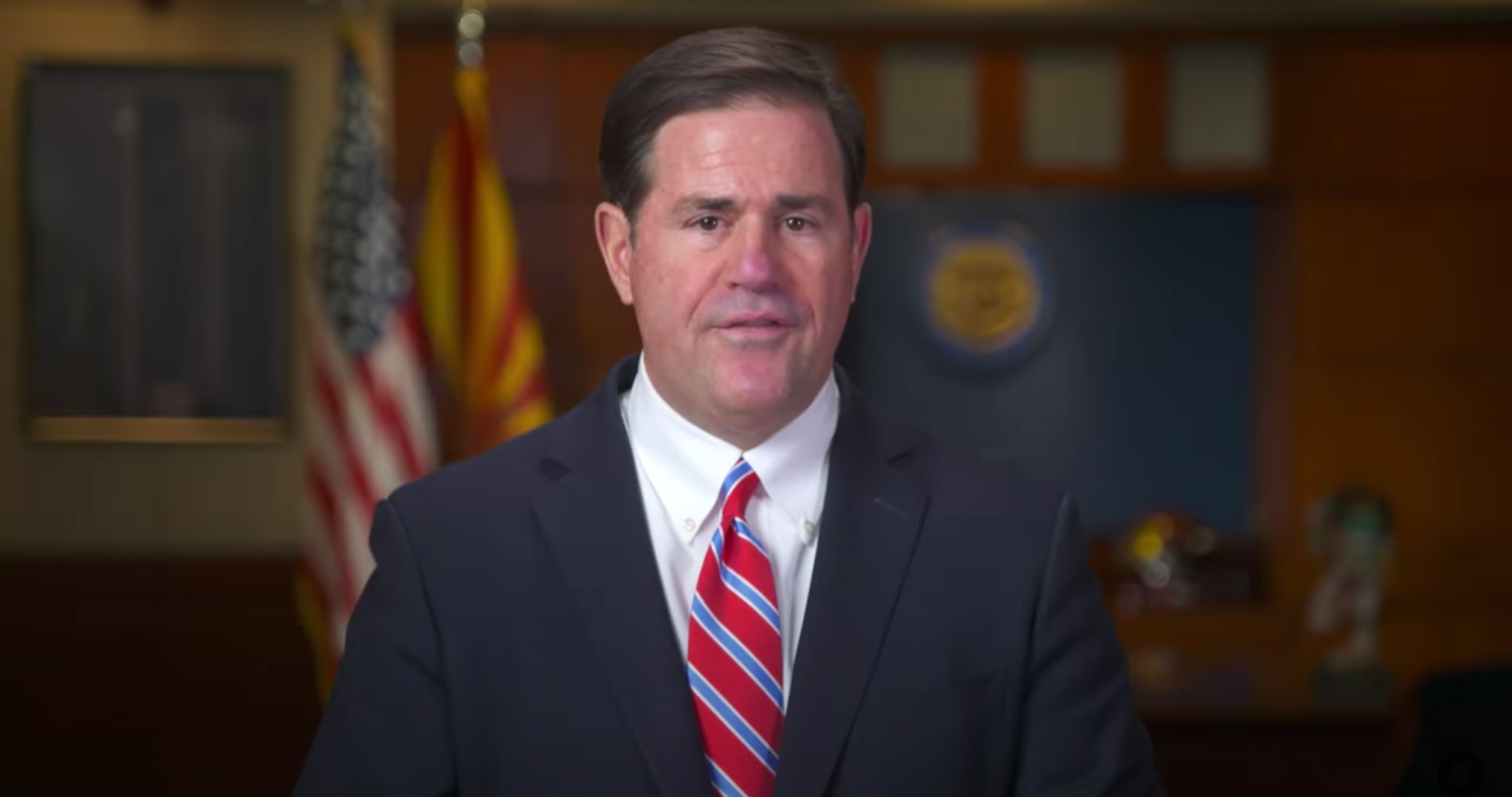 WASHINGTON, D.C. — Arizona Gov. Doug Ducey faults Democrats in his state for egging on the Biden administration in its quest to take back stimulus funds because of his education policies pertaining to COVID-19.

“Democrat congresspeople in Arizona have made public overtures to the administration to claw back these dollars,” Ducey tells The American Spectator.

He singled out one member in the congressional delegation for working against Arizona’s interests.

“The letter that I’ve read was from Greg Stanton,” the governor explained. “I imagine he could have gotten everyone in the [Arizona Democratic House] delegation to sign that. He probably wanted to take all the credit.”

Stanton, a former mayor of Phoenix elected to Sen. Kyrsten Sinema’s House seat upon her election to the Senate, asked Treasury Secretary Janet Yellen about the legality of a state voucher program for parents who wish to send their children to schools without mask mandates and other COVID-related orders as well as another program funding school districts $1,800 per student provided that they do not impose various COVID-related restrictions on children.

In a letter issued earlier this month, Deputy Treasury Secretary Adewale Adeyemo, who more recently claimed that the problem of high prices goes away only when “everyone in America and everyone around the world gets vaccinated,” gave the state 30 days to “remediate the issues” or else pay the federal government the more than $100 million spent on the state programs to which the Biden administration objects.

Ducey balked at the threat and invited the federal government to take up the issue with the courts.

Less than .002 percent of COVID-19 deaths in the state occurred among people under the age of 20.

Aside from Stanton’s strange encouragement of the federal government to take from his state’s coffers, Ducey notes the silence of other elected Democrats in not objecting to the Biden administration’s threats to seize more than $100 million from Arizona.

“There is dramatic federal overreach,” Ducey told The American Spectator. “We’re seeing it all the time in Arizona. They seem to be more worried about masks in Washington, D.C., than math for our kids. We want to get these young people caught up. They’ve missed a lot through the last 18 months.”