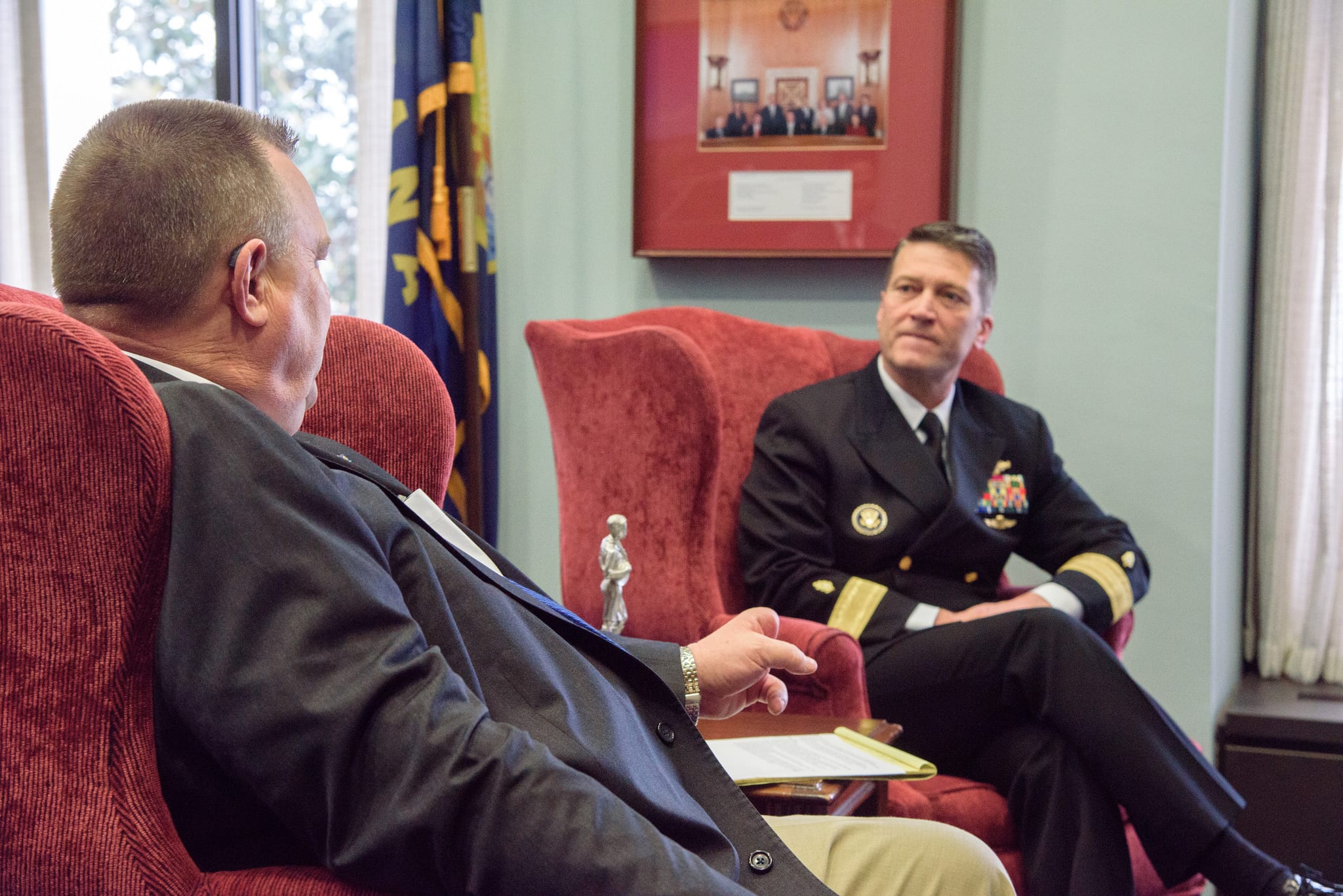 There were any number of news stories that one could have been paying attention to on April 25, 2018. The most entertaining was Kanye West’s brilliant trolling of every liberal breathing.

French President Emmanuel Macron addressed a joint session of Congress, which must have thrilled the Democrats on Capitol Hill, as every one of them is a raging Francophile.

The story that the mainstream media seemed most interested in, however, involved Navy Admiral Ronny Jackson, the president’s personal physician and nominee to head the United States Department of Veterans Affairs.

Few had heard of Adm. Jackson until he shared the results of President Trump’s first physical in office. Jackson didn’t just appear on the Washington scene when Trump did though, he was President Obama’s doctor for almost three and a half years.

No one was interested in Jackson for several years, but now that Trump wants him to have higher profile job the “journalism” knives are out and wrecking him has become a media priority:

CNN is covering the Ronny Jackson allegations over French President Macron's live address to a joint session of Congress.

At issue now are allegations that Democrats on the Senate Veterans Affairs Committee say were uncovered during interviews with men and women who have worked with Jackson.

The allegations are so damning and overwhelming that even a casual observer could be prompted to ask, “Why now?”

Adm. Jackson has been a high ranking Naval officer and physician for quite a number of years — surely some of this should have come to light before now. Maybe say… when he was named the personal physician to the most powerful man on Earth and given a full time office the White House.

It’s understandable that the Veterans Affairs Committee would dig into Jackson’s background now. However, it is mind-boggling that the litany of grievances wouldn’t appear until they did so.

Not everyone close to the situation is buying the “charges”:

"This is a book of trips I took in the Secret Service, where I ran that show and Ronny Jackson was the doctor on that trip for the president. I didn't hear a peep from you fake, phony cowards. You sicko animals…This man was a gentlemen. This man was a patriot." —@dbongino pic.twitter.com/T3imGlHu6w

Whether true or untrue, it seems pretty clear that we wouldn’t know about any of this unless Jackson were about to become a member of President Trump’s cabinet. The clear signal from the Democrats and the MSM (redundant, I know) is that they are willing to destroy anyone who dares accept a job offer from this president.

The MSM spent the three weeks leading up to the attacks on Jackson by trying to get Scott Pruitt fired. Quick — name the last two EPA directors.

Even George W. Bush’s cabinet members weren’t subjected to public character assassination like this, and the MSM — despite its revisionist history — really hated President Bush.

Should even one or two of the allegations be completely proven true we should have known about them before. There is no way Jackson could have been squeaky clean, then become 2018’s Greatest Monster merely through professional contact with President Trump.

If they aren’t true, it is just another nail in the coffin of journalistic integrity, all of which are being provided by the press themselves.