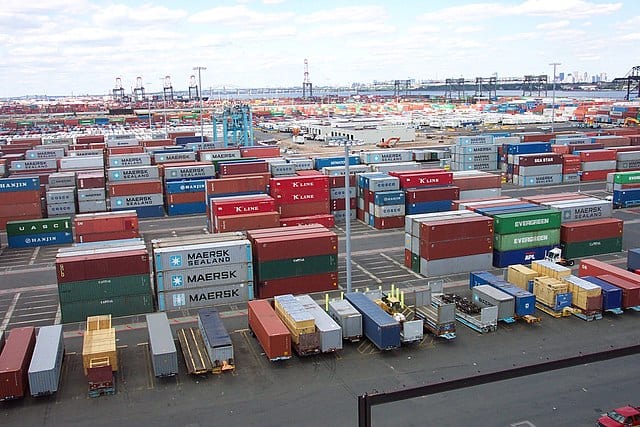 The Trump administration is expressing doubts that China will kowtow to its requests as part of its effort on a new comprehensive trade agreement.

The Independent reported that officials are “pessimistic” that the trade deal being discussed will be enough to put a stop to the current trade war between the U.S. and China.

The two nations have paused their escalating tariff impositions to allow time for negotiations, but March 2 is the deadline to reach some sort of deal. Trump plans to increase duties on $200 billion in Chinese goods after that date.

Trump is attempting to do what no U.S. president before him has been able to achieve: narrow the import-export gap between the U.S. and China, convince China to be more open with its markets for foreign investments, and stop forcing American companies to “pay for play” by providing trade secrets as a condition of doing business there.

Trump expressed optimism recently when he tweeted that China had posted the slowest economic growth numbers since 1990 in the fallout of the trade war.

“Makes so much sense for China to finally do a Real Deal, and stop playing around!” he wrote.

But others, including anonymous sources inside the Trump administration, have said there is less reason for optimism.

“I would have a hard time, especially considering what’s happening in Washington, believing that this will be wrapped up in a little bow by March,” Charles Freeman, senior vice president for Asia at the U.S. Chamber of Commerce, told the Independent.

Data from the Commerce Department shows that in 2015 American exports to China supported more than 900,000 domestic jobs. The imports from China — the United States’ top source for capital goods — helps drive American output and economic growth.

The tit-for-tat between the U.S. and China is harming the global economy, recent reports show. The International Money Fund (IMF) recently lowered its economic growth projections for 2019, particularly singling out the trade war.

“An escalation of trade tensions and a worsening of financial conditions are key sources of risk to the outlook,” wrote Gita Gopinath for IMG. “Higher trade uncertainty will further dampen investment and disrupt global supply chains. A more serious tightening of financial conditions is particularly costly given the high levels of private and public sector debt in countries.”

Stefan M. Selig, under secretary of commerce and international trade at the Commerce Department under President Obama, wrote on CNBC that “we must acknowledge that a perfect deal is simply not on the table. Every modern American presidency has harbored the hope that the U.S.-China commercial relationship can be transformed.”

Why hasn’t it happened? Selig said it’s because China has not truly developed into a market economy and neither the U.S. nor China has enough leverage over the other nation to dictate terms of a deal.

“This creates a fundamental reality: the U.S.-China commercial relationship will continue to be one of managed struggle, which will be defined by the constant navigating of persistent challenges and mitigating the occasional crisis,” he wrote. “At best, we can expect for the foreseeable future a commercial relationship that may be functional but will be far from optimal.”

Selig said Trump is right to focus on the complexities of the commercial relationship between the U.S. and China, but his administration should conduct an honest assessment of what can actually be achieved.

“U.S. and Chinese negotiators should do what successful dealmakers do — drop the provocative rhetoric, adopt realistic negotiating goals, create a win-win outcome for both parties, and close the deal,” Selig wrote.