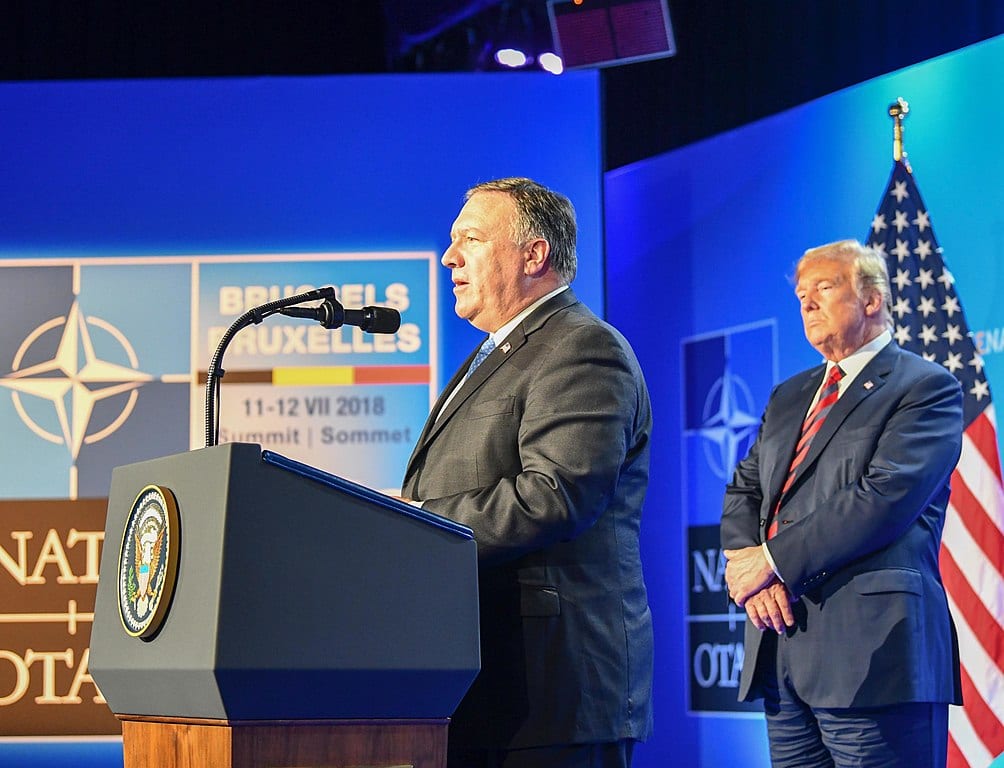 Democrats are trying to impeach President Trump for holding up military aid to Ukraine after Congress voted to provide it. Trump put a hold on the aid on July 18, and it wasn’t released until September 11. What the Dems and the media are not telling you is that Trump also delayed aid to Pakistan, Gaza, three central American countries, and 10 aid projects involving Europe or the United Nations around the same time.

A senior Office of Management and Budget (OMB) official says reporters consistently ignore Trump’s broad strategy of getting America’s allies, including NATO countries like Germany, to pay their fair share for foreign defense. Trump was looking ahead to a meeting of these countries on August 24–27, when he held up the aid to Ukraine.

As a candidate, Trump pledged to “stop sending aid to countries that hate us and use that money to rebuild our tunnels, roads, bridges and schools.” Most Americans agree with that. Foreign aid is the least popular use of taxpayers’ dollars. In 2018 and again this year, after Congress voted for aid, Trump tried to reduce it by billions. That outraged Dems and even some Republicans. “This administration’s contempt for Congress is astounding,” objected Rep. Eliot Engel (D-N.Y.). No, Mr. Engel. Truth is, Congress’ contempt for the American public is what’s astounding. Most Americans would rather see that $400 million in Ukrainian aid spent instead on urgent needs here at home.

Sunday, the media unveiled internal White House emails they claim show chief of staff Mick Mulvaney and officials at OMB trying to “reverse engineer” a legal justification for holding up the Ukrainian money. That’s nonsense. Once Congress votes to spend money on foreign aid, the executive branch is obligated to release it, but the president has substantial discretion as to timing, and delays are routine. The president also is obligated to stop aid if there’s evidence the money would fall into corrupt hands.

That was a concern with money destined to Ukraine. When Sen. Ron Johnson (R-Wis.) spoke to Trump on August 31 to find out why the aid was delayed, Trump explained that money sent there tended to end up in secret bank accounts, and that NATO wasn’t doing its part, making Americans the “schmucks” stuck with the bill.

Good luck convincing the American public that delaying the aid endangered American security, as Democrats try to claim. Russian incursions into Ukraine are more a threat to Europe than to America, but NATO countries won’t pony up. The U.S. picks up 70 percent of the NATO defense budget.

Meanwhile, Intelligence Committee Chairman Adam Schiff (D-Calif.) is guilty of his own delay. He’s holding back the testimony of Mark Sandy, a senior OMB official who testified a week and a half ago about why the Ukrainian aid was delayed. The testimony of all the other closed-door witnesses except one have been released. Congressman Lee Zeldin (R-N.Y.), who heard Sandy’s testimony, says it “went right to the heart of why there was a hold on aid to Ukraine.” So release the testimony, Mr. Schiff.

Schiff brought in a parade of career diplomats to testify how urgently the Ukrainians need aid. These U.S. diplomats attested to their devotion to Ukraine. Sorry, but it’s nauseating. Truth is, diplomats stationed in a country like Ukraine want aid because it makes them bigshots who deliver checks and get the best seats at official functions. It elevates them at cocktail parties.

The media are piling on claims the aid delay caused deaths. A Los Angeles Times story — “Trump froze military aid – as Ukrainian soldiers perished in battle” — portrays a Ukrainian widow at her military husband’s grave. Don’t fall for it. Defense Secretary Mark Esper stated on Friday that the delay had no impact on Ukrainian defense.

Ukraine has had 25 battle fatalities since last July, when the aid was held up. That’s fewer deaths than a violent six months in Chicago. Think of the good the aid could do for policing and schools in that city. Right here at home.