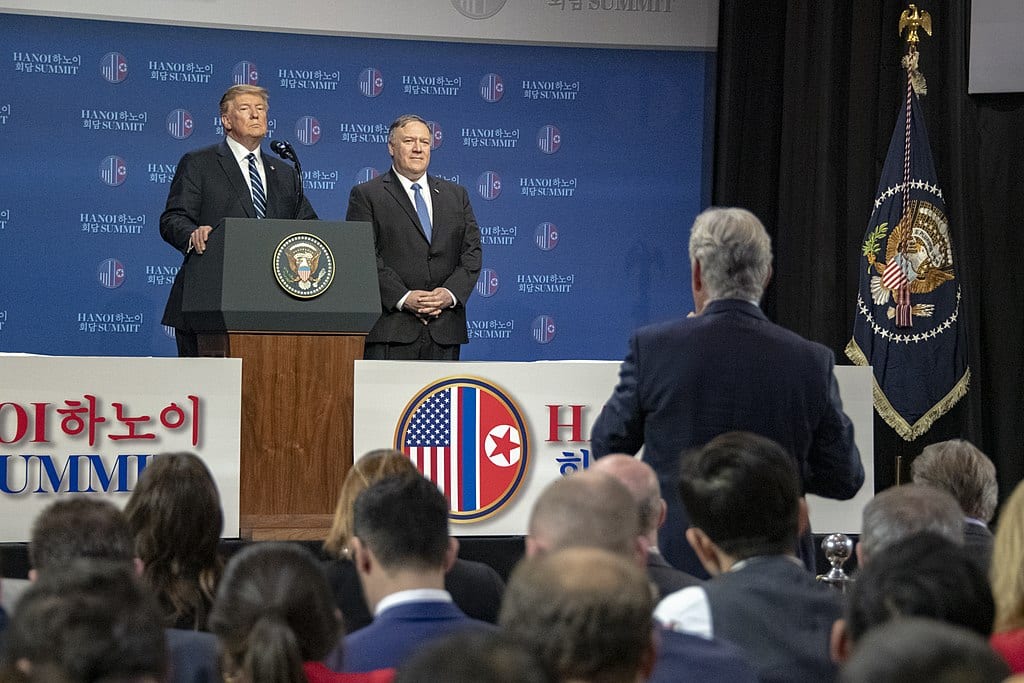 Many commentators in the liberal press are gloating that Donald Trump walked out of the Hanoi summit with North Korea leader Kim Jong Un empty-handed. Typical is Josh Rogin of the Washington Postwho proclaimed the summit a “win” for Kim and says that Trump “got played again.” Others claim that Mr. Trump should now write a new book called “The Art of No Deal.” Cheap shot but nice line.

What these articles really show is that most of the commentators are unqualified to sit in judgment of President Trump’s negotiating strategy. Most of them are recent college grads who don’t have any experience doing what they opine about. Mr. Rogin boasts an undergraduate degree in International Affairs from George Washington University, but as far as I can tell, he has had no practical experience in high stakes negotiations.

Leaving Hanoi, Donald Trump said “sometimes you just have to walk away.” Anyone who has actually negotiated anything — including buying a used car, or the price of a rug in an open market in the third world — knew what he meant. The summit was not a “failure” but an important step along the way, just as the White House said in advance that it would be.

Listen up telegenic all-purpose experts on everything. I have been practicing law for 40 years, and have negotiated more agreements than I can count. And I also teach negotiation at the Yale Law School, and have studied the academic literature on the subject. The best is by the late Harvard Professor and game theorist Howard Raiffa. A lot of what we know about successful negotiating strategies comes from empirical observations of actual negotiations by the Harvard-MIT negotiation project that Raiffa helped to found. By the way, a short, popular book called Getting to Yes summarizes their learning.

What does it teach? Among other things, that sometimes you have to walk away to show that you are serious but be careful to leave the door open.

An example from my experience will illustrate. A few years ago I represented a privately held Midsized Company that was trying to sell itself to a publicly traded Big Company. The Chairman of the private equity fund that owned most of Midsized Company announced that he would not take a penny less than $1.465 billion. Big Company’s Chairman announced to his board that he wouldn’t pay a penny more than $1.4 billion. Both sides were playing what game theory calls a “pre-commitment strategy”; by these public declarations they were trying to convince the other side that their prices were really firm by creating a situation in which they would lose face publicly if they took less or paid more.

Of course, they were both lying. They were only $65 million apart on a $1.4 billion deal that would benefit both sides. That’s why this final stage of negotiations is called “liar’s poker.”

What did we do? Walk away of course.

Both sides held out for about a month. Finally, the General Counsel of Big Co. called me and said, “Don, maybe we were a little hasty.” I responded “That’s great, but what do we do now? They are still $65 million apart.” (For those who haven’t read Raiffa, that was my key move: I turned the issue from win/lose into joint problem-solving for mutual gain as Professor Raiffa had taught me.) “Simple,” the Big Co. GC said. “We just structure it so my guys can say the price was $1.4 billion and your guys can say it was $1.465 billion.” That’s exactly what we did.

Both sides lived happily ever after. My client’s CEO pocketed $150 million in profit, and paid me a $200,000 bonus on top of my regular hourly rates, which I had earned because we hadn’t left the last $65 million on the table.

So don’t assume it is time for the President to eat crow and write a book about The Art of No Deal just yet. Sometimes you do just have to walk away.