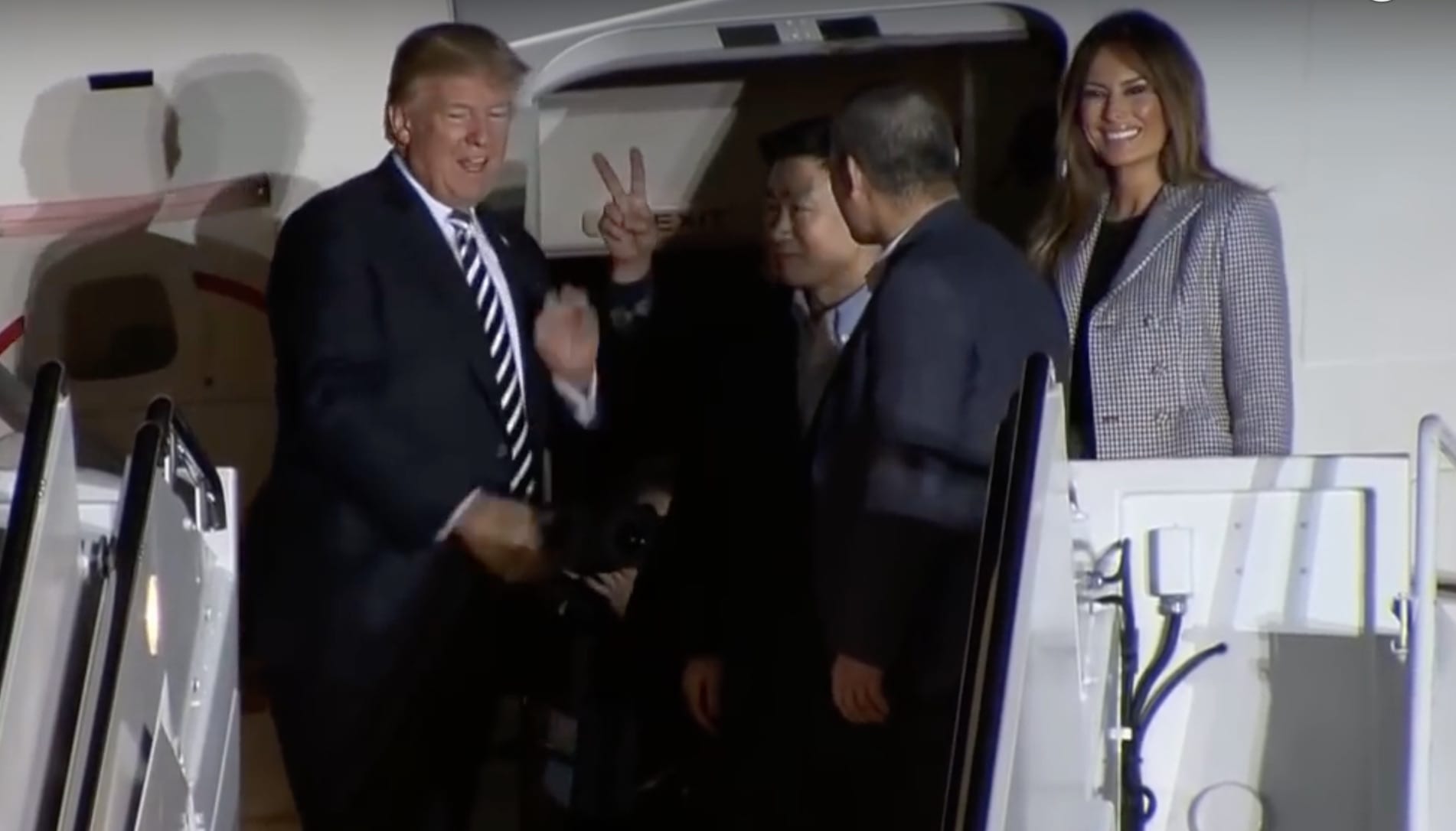 Donald Trump enjoys the best week of his presidency. His detractors, whose mood swings remain inversely proportional to the president’s popularity, suffered through a terrible, horrible, no good, very bad week.

They will remember it the way normal Americans remember 9/11, the Challenger explosion, or the Kennedy Assassination. For years to come, they ask their coreligionists in the Church of the Holy Roller Trump Hate: Where were you when everything went so right for a man so wrong?

When Donald Trump imposed harsh sanctions on North Korea last year, exchanged insults (“dotard,” “rocketman”) with Kim Jong Un, and uttered such words as “we will have no choice but to totally destroy North Korea,” critics accused him of putting the United States “on the path to World War III.” Actually, one of the president’s ostensible allies in his own party said that. His more full-throated critics said worse. Instead of a path to war, the president’s words persuaded the North Koreans to release three Americans held in captivity, formally end their war with South Korea, and agree to June talks with the United States on neutral ground. Talk of a Nobel Peace Prize abounds.

Domestically, tranquility ensues. April’s jobs report indicates a 3.9 unemployment rate. This marks the first time in the new millennium that the rate sank below four percent. The black unemployment reached its lowest level since the federal government began compiling the statistic.

The missteps and crashes of celebrity Trump haters over the past seven days compounds matters for the rank-and-file Trump haters.

Eric Schneiderman, who sued the Trump administration over immigration, the environment, transsexual rights, and much else, resigned this week over allegations that he physically abused several women, including one who got slapped for boldly refusing his advances. Late last year, TBS host Samantha Bee called Schneiderman “Spiderman” and compared him to Superman. Bee be like, “You’re gonna save us” and “you are a superhero.” One woman’s Superman is another bruised woman’s Lex Luthor.

Michael Avenatti, the camera-friendly lawyer of Stormy Daniels, issued startling allegations that President Trump’s attorney Michael Cohen received payments from such places as Kenya, Russia, and Malaysia. “No, I never talk with or meet Trump,” a 26-year-old El Al employee named Michael Cohen told NBC News. He received a wire transaction from his brother in Kenya. “He owed me some money.” The real Michael Cohen’s lawyer wrote of a Canadian with the same name who received money from Tanzania, “The Michael Cohen who was actually involved in this transaction has expressed grave concerns about the breach of his privacy by Mr. Avenatti’s apparently improper possession and publication of his personal bank records.”

Robert Mueller, the most powerful of the anti-Trump triumvirate, received a stunning rebuke from a federal judge a week ago. On Friday, U.S. District Judge T.S. Ellis III wondered where the special counsel derived the authority to pursue his case against Paul Manafort, which involves charges dating back more than decade prior to any allegation of Russian collusion. The judge informed the prosecution, “It’s unlikely you’re going to persuade me the special counsel has unfettered power to do whatever he wants.” He further questioned Mueller’s motives in bringing the case. “You don’t really care about Mr. Manafort,” the Ronald Reagan appointee explained. “You really care about what information Mr. Manafort can give you to lead to Mr. Trump.” The following day, Mueller suffered a second courthouse loss. U.S. District Court Judge Dabney Friedrich rejected Mueller’s request to delay the arraignment of 13 Russians accused of meddling in the 2016 presidential election.

All that and President Trump made good on a campaign promise to withdraw from the Iran deal imposed on the United States by his predecessor (but never ratified in the Senate), orchestrated a welcome outcome in the West Virginia U.S. Senate primary, experienced a surge in the polls, and watched his wife unveil a new campaign featuring the positively Trumpian slogan “Be Best.”

The week was yuge, bigly even, enough to make one sick and tired of winning.