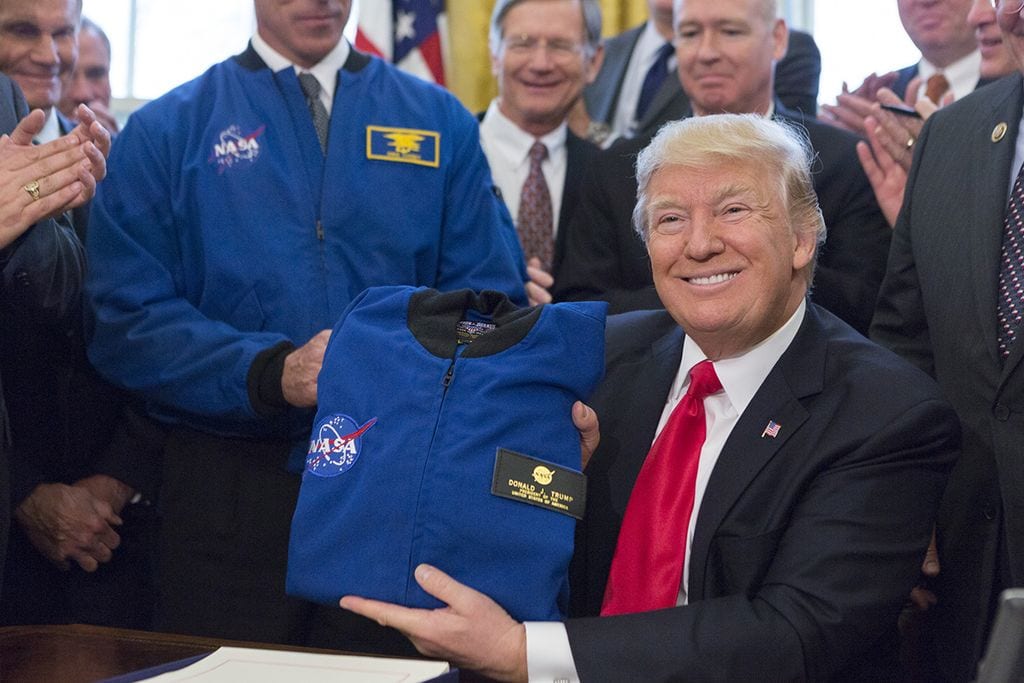 Last week after Elizabeth Warren announced that she had formed an “exploratory committee” for a 2020 campaign for the presidency, President Trump was asked, “Do you really think she believes she can win?” His answer was both hilarious and brilliant: “Well, that I don’t know. You’d have to ask her psychiatrist.”

Every time I think about that response I start laughing. If you’ve ever had any sales training you might have been told about “talking past the sale.” That occurs, for example, when you’re talking to a car salesman about buying a new vehicle. If she thinks you’re on the verge of buying, she might ask, “Do you think you’ll be wanting all-wheel-drive?” It’s a persuasion technique that makes you feel you’ve already decided to buy and makes it harder to resist the vision of driving home in a new car.

Trump’s response to the question about Elizabeth Warren makes the assumption that she has a psychiatrist (not that there’s anything wrong with that). It helps that he says it very matter-of-factly. In a courtroom he would be reprimanded for “leading the witness.” In this instance, it’s not the witness he’s leading, it’s the listener or viewer.

Also in his response Trump first modestly admits that he’s not qualified to read Senator Warren’s mind. That’s a job for the professionals, i.e. her shrink.

Can you imagine anyone else coming up so quickly with such a clever response to a question? No one I’ve ever known thinks that fast.

More than is the case with most humorists, Trump’s humor is multi-purposed. His primary purpose is combating his opponents and achieving his goals. His supporters get the dual benefits of laughing and seeing their political opponents flummoxed. That’s one of the reasons why, according to Gallup, Trump’s approval percentage has been the most consistent of any president’s first two years in office.

Something that no doubt drives Trump’s opponents crazy (all of whom need their own psychiatrists) is that he is having the time of his life. He doesn’t often laugh out loud, but he has to be laughing on the inside.

Trump’s supporters are having far more fun than his opponents. To conservatives the Democrat Party looks like a clown show. How can the Democrats possibly want Nancy Pelosi as their leader? It’s probably because she’s the best they’ve got.

In 2016 Donald Trump dispatched sixteen relatively normal Republican primary opponents. Imagine what fun he’s going to have between now and the election with the Star Wars’ bar scene of Democrat candidates.

An interesting aspect of Trump’s putdowns of his opponents is that they tend to be sticky. His targets can’t seem to just let them go or just walk away. A good example is calling Senator Warren “Pocahontas.” (At least he didn’t use Mark Steyn’s suggestion: Fauxcahontas Crockajawea).

At an Iowa campaign rally over the weekend Warren admitted, “I am not a person of color. I am not a citizen of a tribe.… I grew up out in Oklahoma. And like a lot of folks in Oklahoma we heard the family stories of our ancestry.” Well, I grew up “out in Oklahoma” too and I don’t remember hearing many stories about ancestry, at least not with a native American reference.

An interesting aspect of Trump’s humor is that his supporters get virtually all the benefit. The ill-tempered Democrats are constitutionally incapable of recognizing humor even when it’s right in front of them. Trump’s humor goes right over their heads. They take Trump and themselves far too seriously. They’re missing out on all the fun. What a shame.

I’m 77 years old, only a month older than Bernie Sanders. I’m having as much fun as I’ve ever had in my life, partly because of Donald Trump’s wit and never-ending supply of tweets. God bless you Donald Trump. Keep it up.