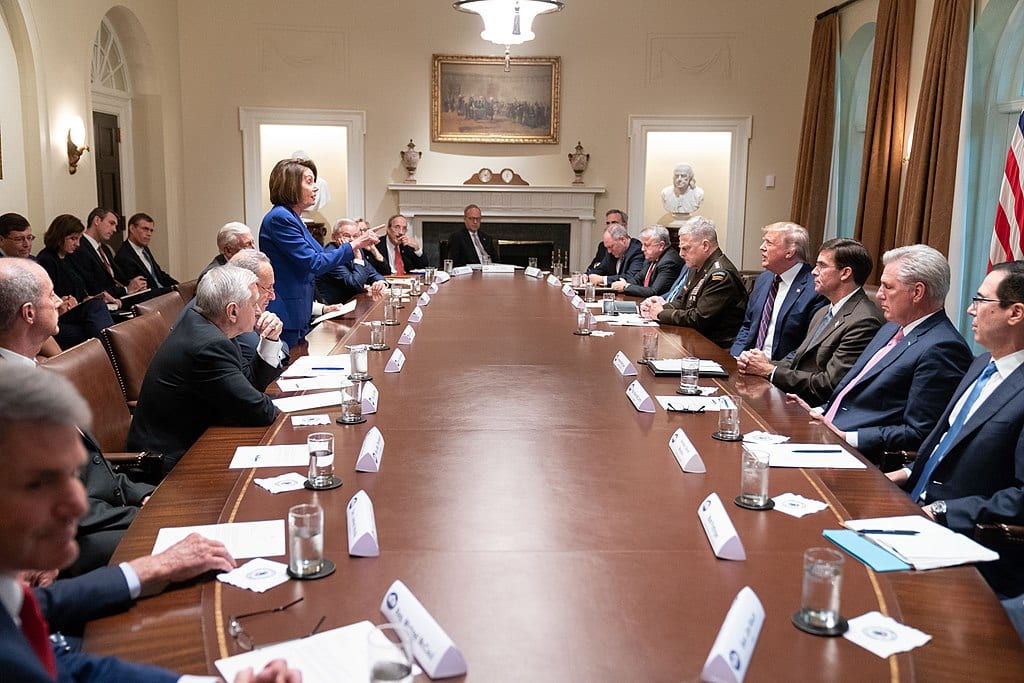 In the first half of January, Americans saw President Donald Trump at his best.

Trump ordered a January 3 drone strike that killed Iranian terror leader Qassem Soleimani in response to Iranian proxies who rushed the U.S. embassy in Baghdad and killed a U.S. contractor serving in Iraq. It was an appropriate response.

While some critics charged Trump acted impulsively, later news reports presented the image of a disciplined operation ordered only after Iran crossed Trump’s unannounced red line by killing an American in Iraq.

Some Democrats have tried to paint Trump as a cowboy itching to rush the United States into war with Iran. They forget the commander-in-chief who, in June, halted a retaliatory strike against Iran for its downing of an unmanned U.S. drone because he didn’t want to create as many as 150 Iranian casualties.

Trump’s explanations for his decision on Soleimani came up short. Was Tehran preparing an “imminent” attack on one or more embassies? Doubtful.

But the media’s obsession with Trump’s often unreliable accounts of why he did what he did serves only to remind voters that the White House press corps puts too much stock in what Trump says and gives too little scrutiny to Iran’s butchery and Soleimani’s role in the death of more than 600 U.S. troops.

In the second half of January, voters will get a look at the other Trump — the president who allowed his image to be tainted by grifters and kiss-ups whom you wouldn’t trust to park your car.

In the Ukraine story, the fish rots from the head, as was revealed in the transcript of Trump’s July 25 phone call with Ukraine President Volodymyr Zelensky, which the president released in September. It was far from a “perfect” conversation, as Trump maintains.

The loose transcript established that Trump suggested that a vulnerable national security ally in need of military aid (which Trump held up) do opposition research on Vice President Joe Biden’s son, Hunter, who was on the payroll of a Ukraine energy company as the then-veep was supposed to be checking corruption in the Eastern European nation.

You can read that sentence again. It’s complicated. But you don’t need a chart and list of characters to understand that Trump opened the door to people who didn’t belong in the room.

Start with his 2016 campaign chairman Paul Manafort. After a trial that laid out how Manafort hid income to avoid paying taxes and faked income to qualify for loans, a jury found him guilty of five counts of tax fraud, two counts of bank fraud, and one count of failure to disclose foreign bank accounts.

At the time Trump promoted Manafort, two warning bells were ringing loudly. The first was Manafort’s history of making money by representing, as the Guardian reported in 2016, a “who’s who of authoritarian leaders and scandal-plagued businessmen in Ukraine, Russia, the Philippines and more.”

The other was Manafort’s willingness to work for free — which signaled his plan to cash in on Trump in the future.

Trump’s long-term personal attorney Michael Cohen was such a sleazy operative that he taped a phone conservation with Trump about paying off Karen McDougal, a former Playboy model who said she had an affair with Trump, which he denies.

After Cohen turned on Trump the president, as his erstwhile aides have been known to do, the tweeter-in-chief took to calling Cohen a “bad lawyer and fraudster.”

Then what is Trump’s excuse for keeping fast-talking Rudy Giuliani as his attorney while Giuliani enlists lowlifes such as Lev Parnas to help him dig up dirt on the Bidens?

In October, the feds charged Parnas and three others with multiple efforts to illegally funnel money into 2018 campaigns. What interests Beltway media, however, is Parnas’ efforts to prod Ukraine to investigate the Bidens.

Thursday morning White House counselor Kellyanne Conway chided the press corps for treating Parnas “like a hero” and giving him a platform. She’s right that Parnas is not exactly a credible witness, but that raises the issue: Why was this dubious figure in the Trump orbit?

If Parnas is not worthy to be on MSNBC, how did he rate so much time with Trump’s trusted attorney?

January to date has been good to Trump. He took it to Tehran, he signed phase one of a trade deal with China, and the Senate approved the United States–Mexico–Canada Agreement by a vote of 89-10. And he risks it all because he hangs around with the wrong people, who hang around the wrong people. He didn’t take the swamp out of Washington; he brought his own swamp with him.