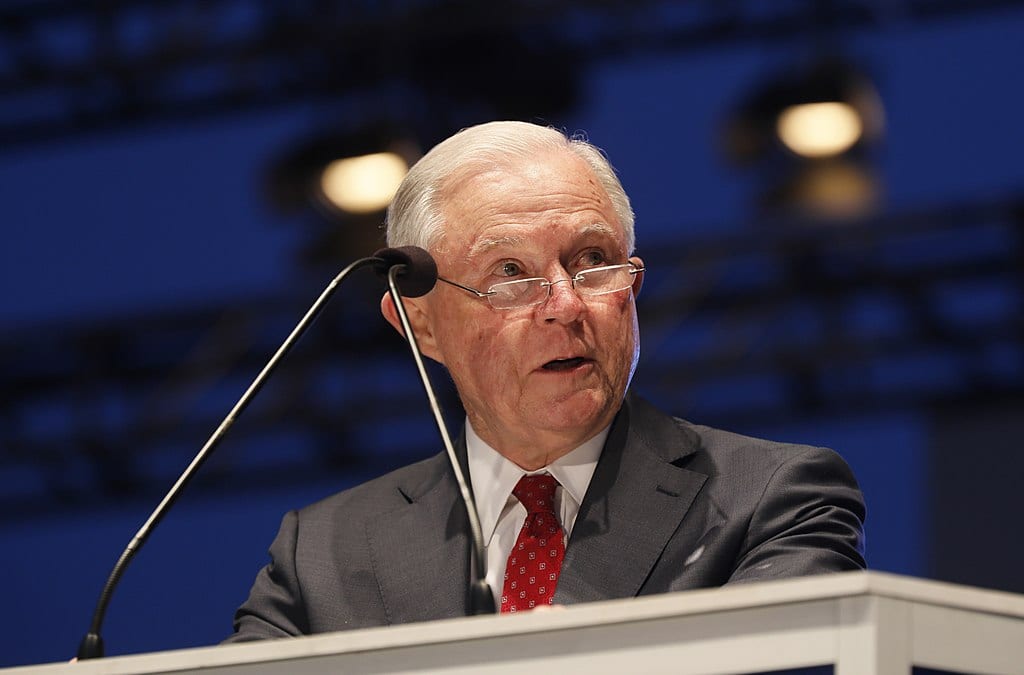 “Once again the California legislature has enacted an extreme and illegal state law attempting to frustrate federal policy,” Attorney General Jeff Sessions said in a statement. “The Justice Department should not have to spend valuable time and resources to file this suit today, but we have a duty to defend the prerogatives of the federal government and protect our Constitutional order.”

California’s bill, which was signed into law by Gov. Jerry Brown on Sunday, offers stronger language than the FCC’s regulations established under the Obama administration in 2015 and repealed this spring. The state legislation not only prevents ISPs from throttling speeds or blocking websites, but it also bans zero-rating practices exempting certain services from data caps. For example, if you are an AT&T customer, you can watch your DirecTV service (an AT&T subsidiary) on your phone without using your data. That would be illegal under the new California law.

“The [California] law prohibits many free-data plans, which allow consumers to stream video, music, and the like exempt from any data limits. They have proven enormously popular in the marketplace, especially among lower-income Americans. But notwithstanding the consumer benefits, this state law bans them,” he said in a statement.

ISPs lobbied hard against the California bill and said they may also sue. The new rules would result in higher costs that would be passed on to consumers, they have said.

Jonathan Spalter, president of US Telecom The Broadband Association, told CNN Money that his group supports smart net neutrality regulations, but not a patchwork of state-by-state laws with onerous regulations.

“Rather than 50 states stepping in with their own conflicting open internet solutions, we need Congress to step up with a national framework for the whole internet ecosystem and resolve this issue once and for all,” Spalter said.

Rep. Marsha Blackburn (R-Tenn.), has introduced legislation modeled after the GOP discussions of 2015 that would create some net neutrality protections while also limiting the FCC’s ability to impose Title II regulations on ISPs. Her bill would allow paid prioritization. That’s a sticking point for some Democrats, and Colorado Republican Mike Coffman, but for many others it makes logical sense as it would allow ISPs to prioritize the speed of telemedicine over a funny YouTube video. That’s why so many rural health associations support such efforts.

Before Brown signed the bill, TechFreedom President Berin Szoka warned that such efforts would “crack open further the Pandora’s Box of state-by-state Internet regulations.” Szoka pointed out that ironically it’s California that could be most adversely affected if that happened.

“If state laws like this one were somehow upheld in court, no state would have as much to lose as California — the home of most of the world’s most successful Internet services,” Szoka said. “Does anyone in Sacramento really want state legislators in Alabama or Texas writing laws that govern California companies?”

“Under the Constitution, states do not regulate interstate commerce — the federal government does,” he said.