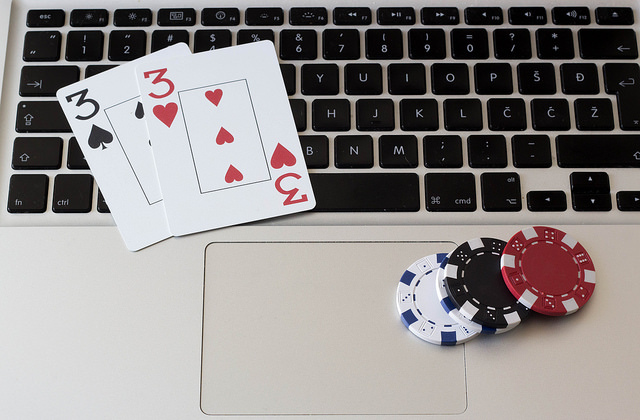 The Department of Justice’s (DOJ) baffling reversal of its stance on online gaming could have detrimental effects on online poker. Barring a court ruling that contradicts the DOJ’s stance, the new opinion will likely prevent the interstate compacts necessary to fuel the growth of legal and regulated online poker.

Last month, the DOJ Office of Legal Counsel said the Interstate Wire Act of 1961 applies to all forms of online wagers (and not just sports betting), reversing an Obama administration ruling in 2011. One major difference between now and then is that Las Vegas casino magnate and Republican major donor Sheldon Adelson now has the ear of the GOP-led DOJ.

For many years, Adelson has tried to use his clout and deep pockets to abolish online poker in the United States. The Wall Street Journal noted in a Jan. 18 story that a legal analysis sent by an Adelson lobbyist in April 2017 paved the way for the opinion issued last month.

Online poker saw booming growth in the early 2000s, but that growth was stamped out by the Unlawful Internet Gambling Enforcement Act of 2006.  The 2006 action used the Wire Act as its basis of law despite the fact that the 1961 legislation applied to telephone wagers long before anyone knew what the internet was.

The 2011 DOJ ruling paved the way for states to begin regulating their own games (online poker operations were previously located overseas due to the murky laws). Delaware, Nevada and New Jersey offer online poker, with Pennsylvania planning to come online this year. Several more states offer lottery tickets and other games of chance online.

Pennsylvania Gaming Control Board spokesman Douglas Harbach told Online Poker Report that the board would review and discuss the opinion to determine what ramifications it will have for that state.

“As Pennsylvania’s current gaming is all intrastate and legal within the borders of the state, we will continue to regulate the legal forms of gaming as provided for in the Gaming Act,” he said.

Delaware, Nevada, and New Jersey experienced slow going when their online poker games started, deciding in recent years to create interstate compacts and share player pools among their total population of 13 million residents. The ability to play with someone across the country, or across the world, is what allowed early online poker behemoths like Party Poker and PokerStars to grow so large and so quickly.

Advocates fear the new interpretation, if allowed to stand, could make interstate poker illegal and prevent such multistate compacts.

Joss Wood of Online Poker Report writes that the new DOJ opinion could be a “double whammy.”

“The new opinion will make states question whether it’s even worth the effort to legalize online poker. And if they do, it may prevent them from creating a competitively large player pool,” he wrote. “Sharing liquidity across state lines is a critical element in rebuilding a national online poker market.”

Wood points out that large player bases are necessary to create major tournament prizes, the kind of potential winnings that help draw even more players to the games. Think, for example, of the marketing hype that goes into the Powerball jackpots. Winners of American online poker sites receive trivial sums compared to the seven-figure scores possible during the heyday of online poker (and that are still seen in other countries that allow their residents to compete with other players across the globe).

New Jersey has given the indication it will fight back. That state, which was successful last May in petitioning the U.S. Supreme Court to overturn the Professional and Amateur Sports Protection Act of 1992 that now allows it and other states to offer sports betting, just saw its online casino industry post $300 million in revenue in 2018, helping keep afloat a sagging Atlantic City.

Ray Lesniak (D), a former New Jersey state senator, was the leader in the Garden State’s efforts to end PASPA and establish regulated online casinos there. He told NJ Online Gambling that he’ll press the latest issue in court, too.

“Looks like I will have to go to court again to straighten out the Justice Department’s overreaching on states’ rights as I did with sports betting,” Lesniak said. “This opinion is outrageous. It puts state lotteries at risk and state revenues. If Congress won’t fix it, I will through the judicial process.”

Let’s hope that other states join the fight to end this intrusion into federalism and individual freedoms.