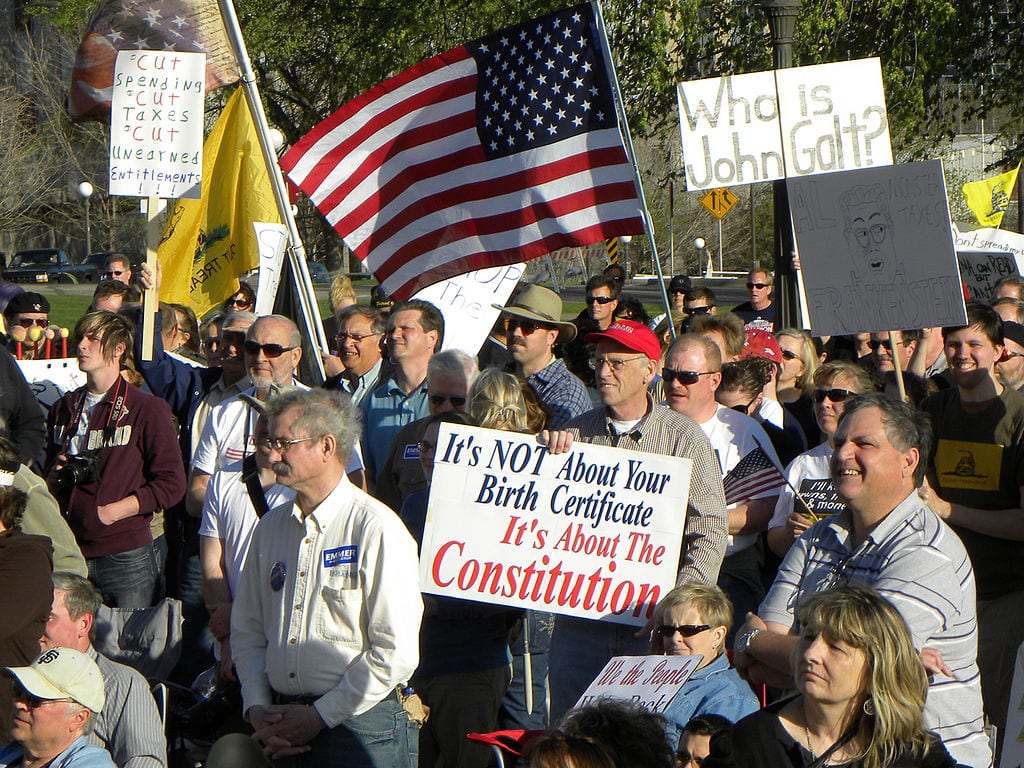 “Who is John Galt?” is a question that resonates throughout the ideological echo chamber of the Right. It’s a sort of mantra that dominates the underlying economic assumptions of everyone from Libertarian activists, like the Koch Brothers, to the corporate conservatives, like Mitt Romney. It’s as pervasive a motto on the Right as Senator Elizabeth Warren’s “You Didn’t Build That!” mentality is on the Left. Both are extreme beliefs that do not match the reality.

Gonzo Libertarian philosopher Ayn Rand first posited the rhetorical question “Who is John Galt?” in her book, Atlas Shrugged. For those who haven’t taken the time to read the massive work, it tells the story of how talented business people and innovators effectively go on strike, when a future United States government engages in dystopian-levels of taxation and regulation of the private sector. The story is about how society collapses under such statist programs and how those striking innovators and entrepreneurs create an alternative society founded on pure capitalism in a sheltered valley. It compares and contrasts the two visions and finds favor with the pure capitalist version of society.

Yet, Rand’s work is far too stark. While it may work as a piece of fiction, as a governing philosophy it falls short. This is particularly true when speaking to the need for interdependence between the public and private sector in the United States.

While the country needs as little regulation of the private sector as possible for its efficient operation, that does not mean that government plays no role at all in the private sector. Some of the greatest innovations have occurred under public-private cooperation agreements. This is particularly true in the realm of high-tech, intellectual property (IP) development. And, while the combination of private sector entrepreneurship, taxpayer dollars, and academic research have driven much of the great American innovations of the last 80 years, since the country’s founding, government and private sector have often cooperated to give the United States a truly competitive edge against its global competitors.

Going back to when Alexander Hamilton submitted his famous “Report on Manufactures” to the United States Congress on December 5, 1791, patriots of all stripes have advocated for a healthy marriage of the innovative potency of the American private sector, with the sheer power of the United States government. Alexander Hamilton urged Congress to assist private innovators in building up a strong, independent manufacturing base so as to better ensure that the United States could trade with the more powerful states of Europe on equal terms. Since those early days of the American republic, the United States government has continuously assisted American business sectors in maintaining a competitive edge over other countries.

In the 20th century, U.S. government-funding was instrumental in moving atomic science away from the laboratory and into the real-world with the Manhattan Project. Similar innovations were birthed out of the government-funded Bell Laboratories. Further, the taxpayer-funded National Aeronautics and Space Administration (NASA) has, since its inception in 1958, helped to further America’s economy, as well as its national security and scientific knowledge. It’s a cooperative relationship, not a competitive one.

Few people today realize that the emergence of Hewlett-Packard (HP), Google, and several other U.S. tech giants was entirely the result of taxpayer-funded research-and-development. American tech giants have helped to spread U.S. power and influence far-and-wide in ways that the government itself could have never done (not without winning major wars that the American people would not have supported).

Today, the public-private cooperation between tech innovation and national power has been weakened. Legislators mostly on the Right insist on undercutting U.S. federal government research and development spending. This has occurred for nearly 30 years. Meanwhile, the globalists on the American Left, whether in academia, in government, or those who run the major tech giants, insist that the tech companies are responsible to the world, not merely the United States government that helped make their industry possible to begin with.

In fact, companies like Apple, which recently reached a $1 trillion valuation on the stock market, can forestall critical FBI terrorism investigations by resisting the Bureau’s request for access to Apple products owned by terrorist suspects. Apple does this because it is no longer an American company, but a multinational one — with many more customers in places like authoritarian China than in democratic America. It’s also why Apple discontinued its support of OpenDoor, an app championed by the Hillary Clinton State Department intended to give oppressed people in places like China free access to the internet.

Meanwhile, Google is investing heavily in artificial intelligence research in China. According to Tech Crunch, “Besides publishing its own work, the Google AI China Center will also support the AI research community by funding and sponsoring AI conferences and workshops, and working closely with the vibrant Chinese AI research community.” What few acknowledge, however, is that China’s “vibrant AI research community” is almost entirely tethered to the Chinese military. Any advancements made in China via artificial intelligence research will have to be first shared with the Communist regime in Beijing (which will use it for military purposes).

The U.S. government must, therefore, begin increasing regulations on what are, in fact, American corporations that have begun ignoring their civic duty to their homeland. What’s more, the United States government must ensure its overwhelming influence over such corporations by expanding, rather than diminishing, its long-declining investment in federal research and development programs.

The great Knowledge Race for innovation is occurring globally — specifically between the United States and China. Unfortunately, China is winning. For America to get competitive again, it must embrace far more nationalistic — nay, patriotic — policies in both supporting its industries while at the same time curbing the excessive globalism of those corporations. The old private sector-government-academia relationship in the United States must be revitalized before it’s too late.